How to play Spaces patience 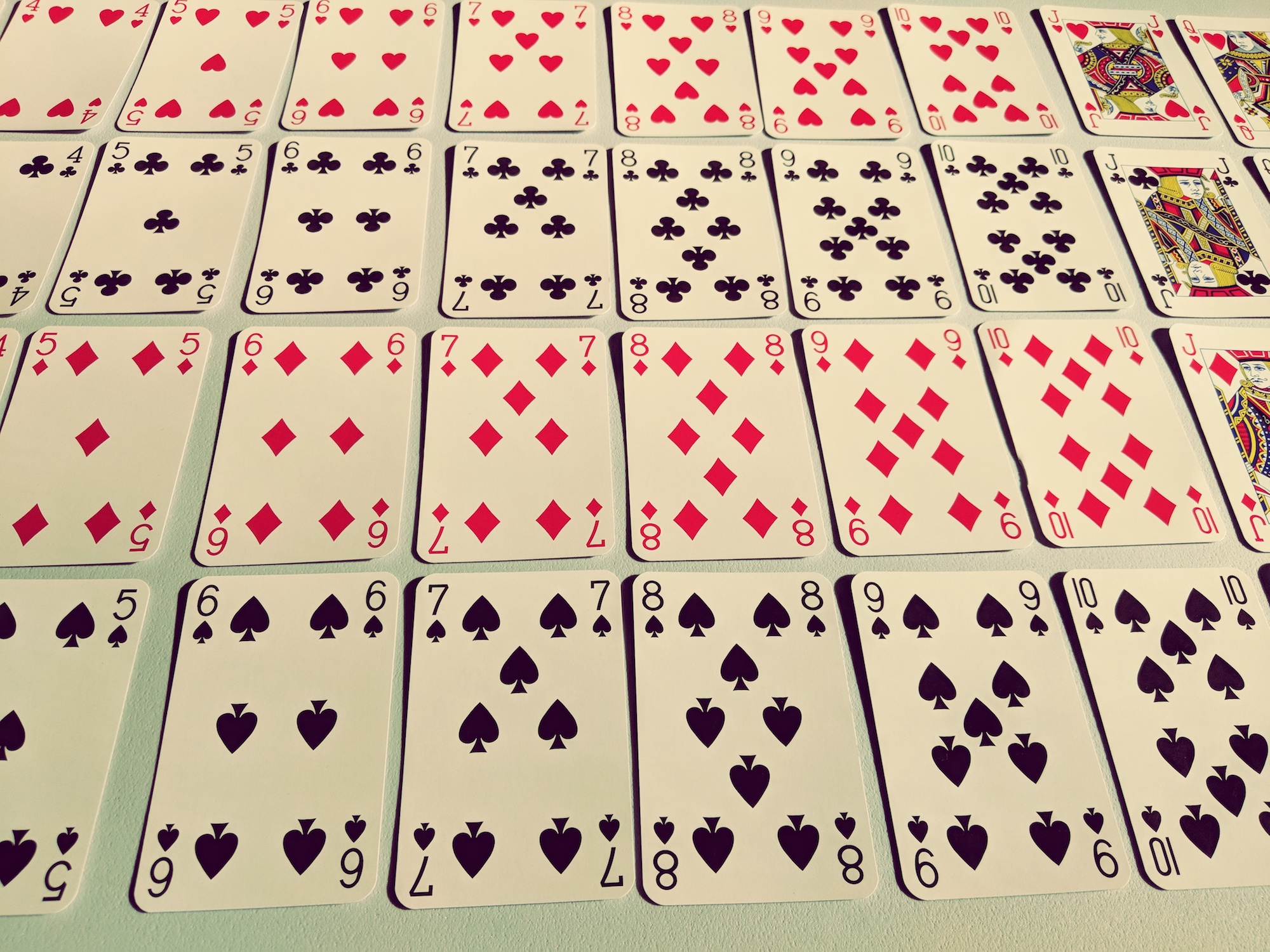 Get a pack of cards, shuffle them and lay out all 52 cards in four rows of 13. Remove all the aces, so that you have four blank spaces where they used to be. Now choose one of these spaces and look at the card on the left of it – it might be the six spades, for instance. You now find the seven of spades on the board, remove it from its current location and place it in the space to the right of the six of spades.  You still have four spaces, but one of the spaces is now where the seven of spades started.  Now you do the same again.  Look at the space you’ve just created, where the seven of spades used to be – on the left of it is the jack of hearts.  Find the queen of hearts on the board and move it into the space you’ve created. Repeat this process, each time choosing a space and filling it with the card that is next in the sequence to the card on the left. Bit by bit, you are creating short strings of cards in each suit.

When you have a space at the start of a row, you place a 2 of any suit in it. When you have a space to the right of a king, you can’t do anything with it and need to move onto one of the other spaces. Keep on going like this until all four spaces are to the right of king cards and nothing else can move. Now carefully, on each row, remove the cards that are not counting up sequentially from a two at the start of the row.  If you have a 2, 3, 4 and 5 of clubs on the first row, but then the king of diamonds, you remove the king of diamonds and everything to the right of it. Repeat this for every row.  All cards are removed from any row that doesn’t start with a 2. Now shuffle and deal out all the cards you’ve picked up again. Leave a space to the right of the cards that are already there and then fill up to thirteen spaces on each row. Each row should now have twelve cards and one space. If you have any rows without a two at the start, leave a space at the start.

Play the second round as you have played the first. Continue until your only spaces are to the right of kings and you can make no further moves.  Again pick up the non-sequential cards, shuffle and deal them out for a third time. Repeat one last time. The aim, by the end of the third round is to have all cards in sequence, one suit on each line, with a space after the king on the end of each row.