When you find yourself with a few minutes to spare, a child or friend to play with and no game on hand. Try Sprouts. All you need is a pen and paper.

Sprouts is a two-player game that was created in the 1960s by two Cambridge mathematicians, John Horton Conway and Michael S. Paterson, and is now played worldwide. Sprouts is quick and easy to learn and teach, but under the facade of simplicity lies a rich mathematical wonderland.

To play, draw 3 or 4 dots on the paper. When you’ve played a few games, you could start with more dots, if you like.

The two players take it in turn to play.

On your turn: join two dots with a line and draw a new dot on the line you’ve just drawn.

Have a look at the pictures below to give you an example of how a game may play out. In this game, I marked the dots that are no longer available with a small red dot adjacent. 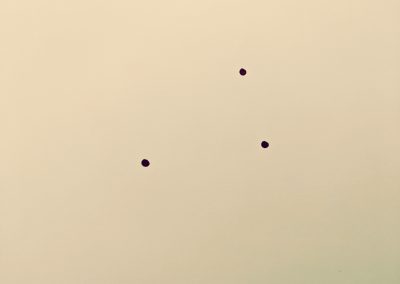 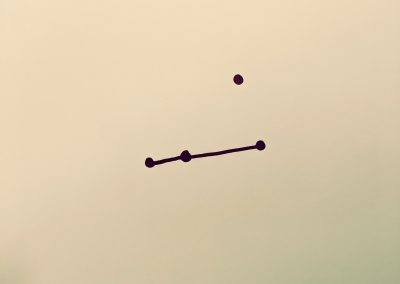 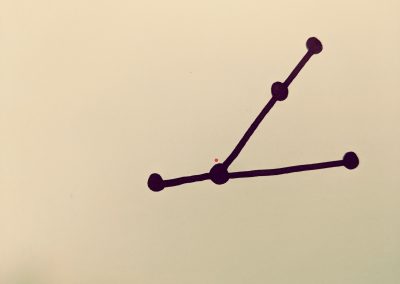 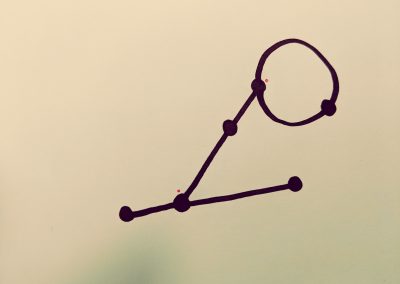 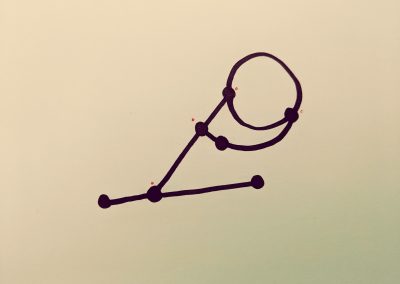 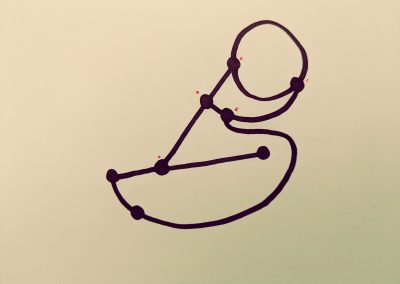 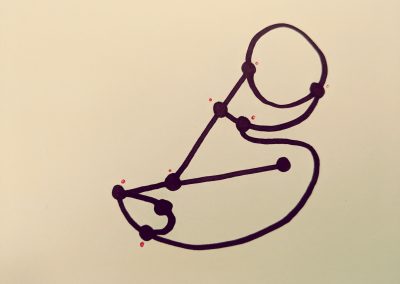 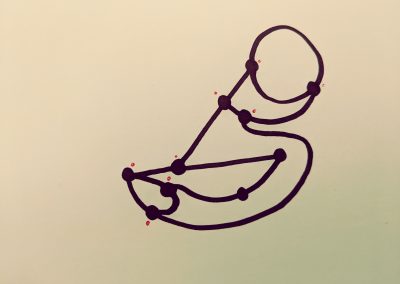 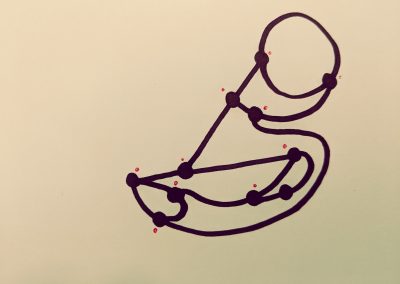