What is a bidding game?

In this blog: Ellie explains what ‘bidding’ means in board gaming.

Each month I’ll share a blog in which I explain one board-gaming term. This month we’ll look at Bidding.

In bidding games, players will use the currency of the game to try to win resources, advantages or victory points. The bidding or auction may form one phase in each round, or alternatively the entire game may be based on bidding.

What types of auctions can you find within games? 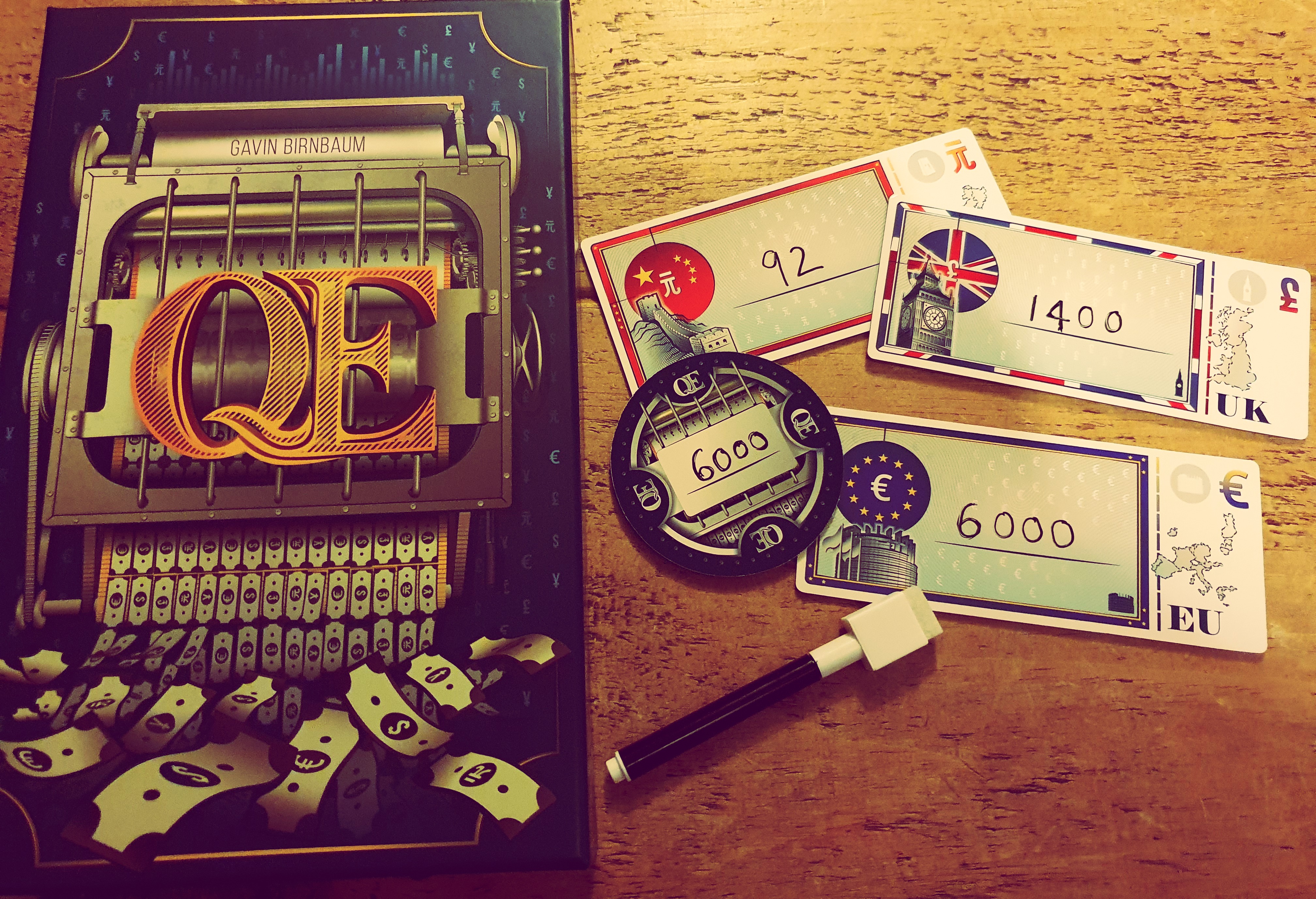 In QE there’s no upper limit for bids. Players are not restricted at all. 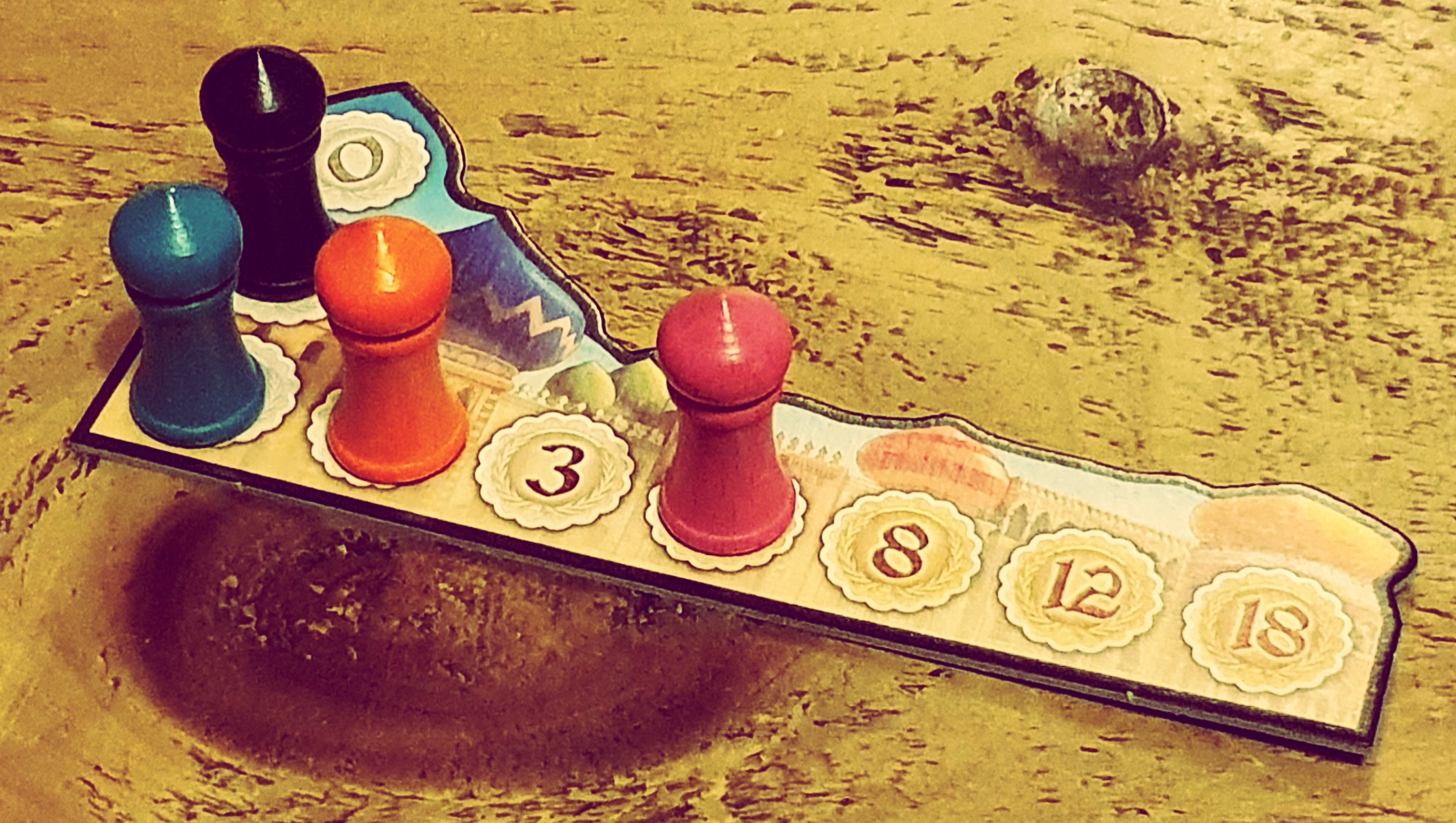 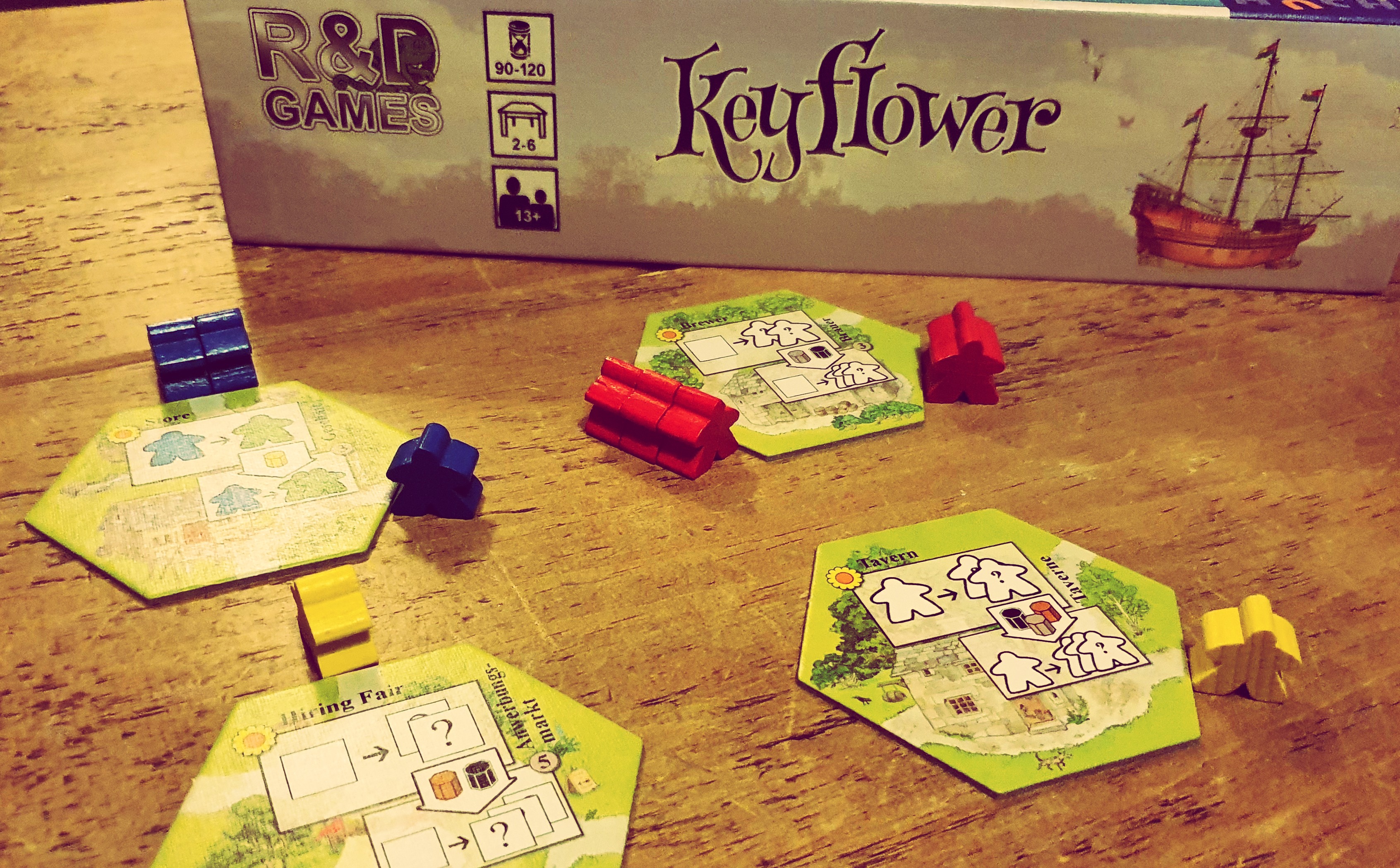 What happens to the bids?

Here are some of the different ways that games deal with a players stakes.

An example of a family game that uses bidding

The game, For Sale, is a great family game that has two different auctions in its two distinct phases.

Players start the game with a pile of coins each.

Phase 1 is split into several rounds. Each round the same number of cards as there are players in the game are revealed. Each card shows a dwelling and a number. The lowest numbers are the most basic dwellings, whereas the highest are the most extravagant. Number 1 is a cardboard box, for example, while number 30 is a space station. Each player will win one of the properties shown each turn. A turn-based English auction takes place. Players must increase the bid of the previous player or drop out of the round. As soon as a player drops out they pay half of the highest bid they made that round (rounded up) and they take the lowest value dwelling currently on the table. The last player standing wins the highest value dwelling on the table, but must lose their full bid. Rounds continue until all the cards have been won in auctions.

A second set of cards is used in Phase 2. These cards each display a value. Again, the same number of cards as there are players in the game are revealed on each round. This time the auction is a simultaneous blind bidding auction. At the same time, each player secretly selects one of the properties they acquired in Phase 1. When everyone has selected, all cards are revealed. The player with the lowest property value is awarded the lowest price card and so on. Again, rounds continue in this way until all properties have been sold.

Players total up the money they have remaining from Phase 1 and the proceeds of house sales in Phase 2. The richest player wins. 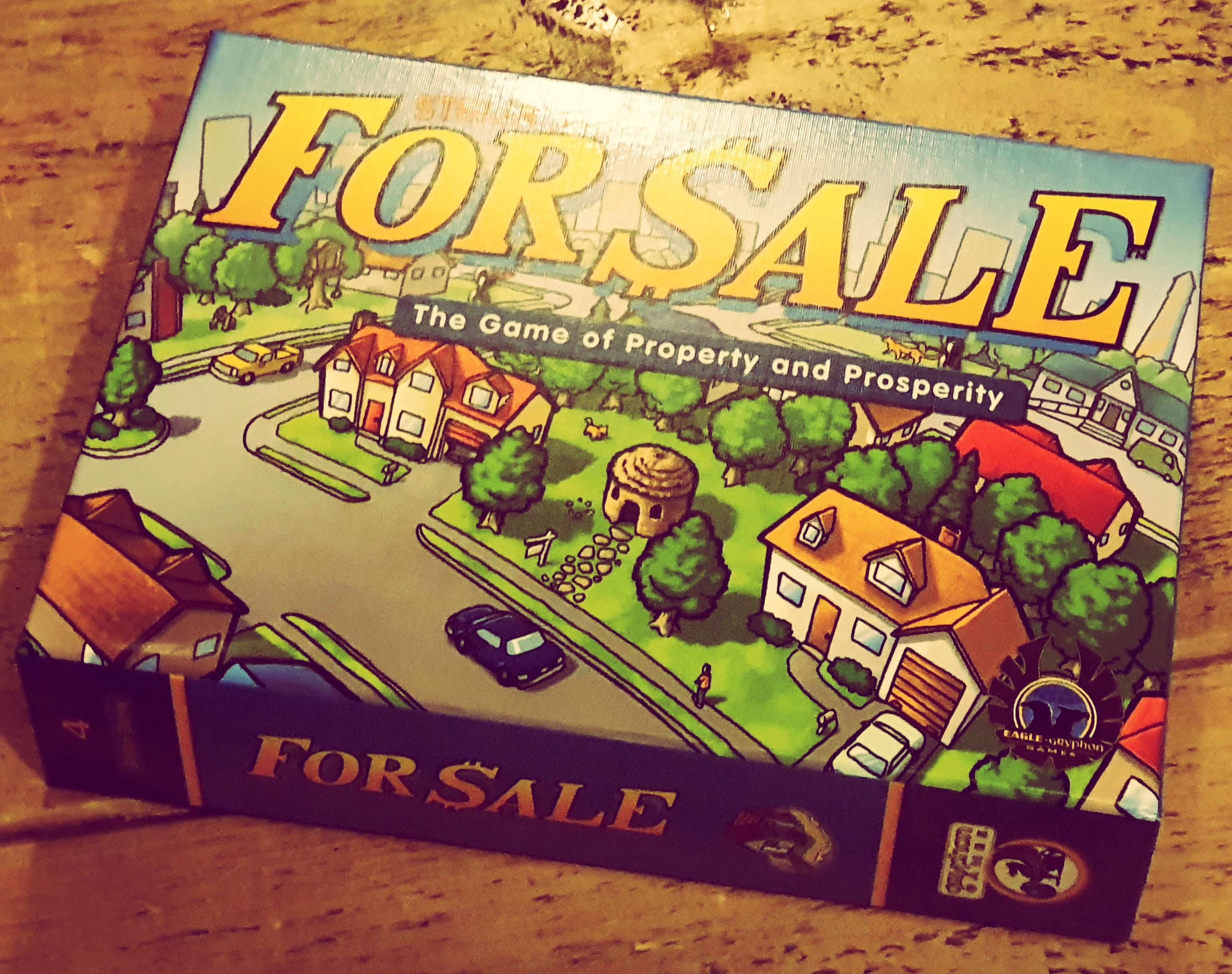 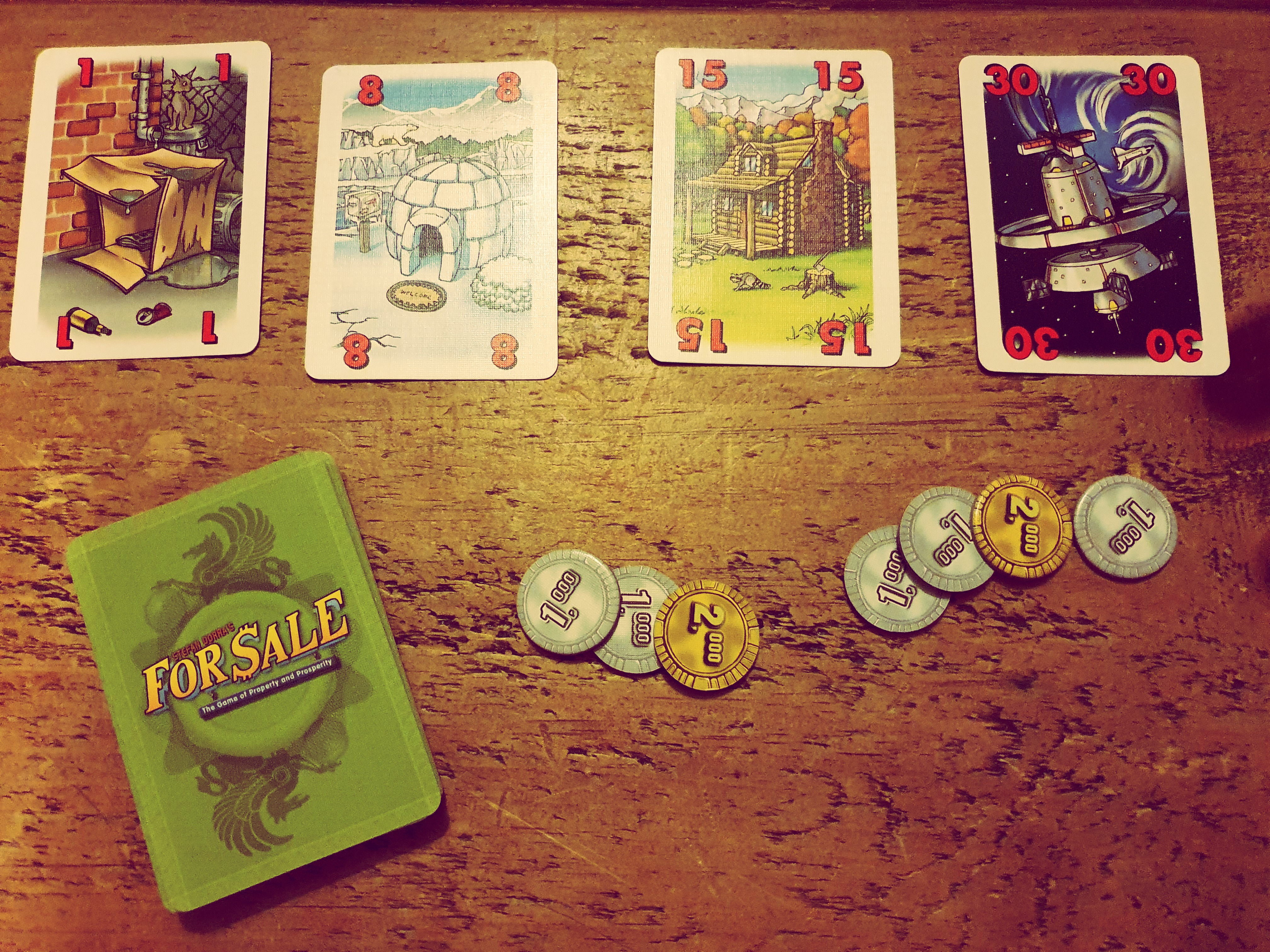 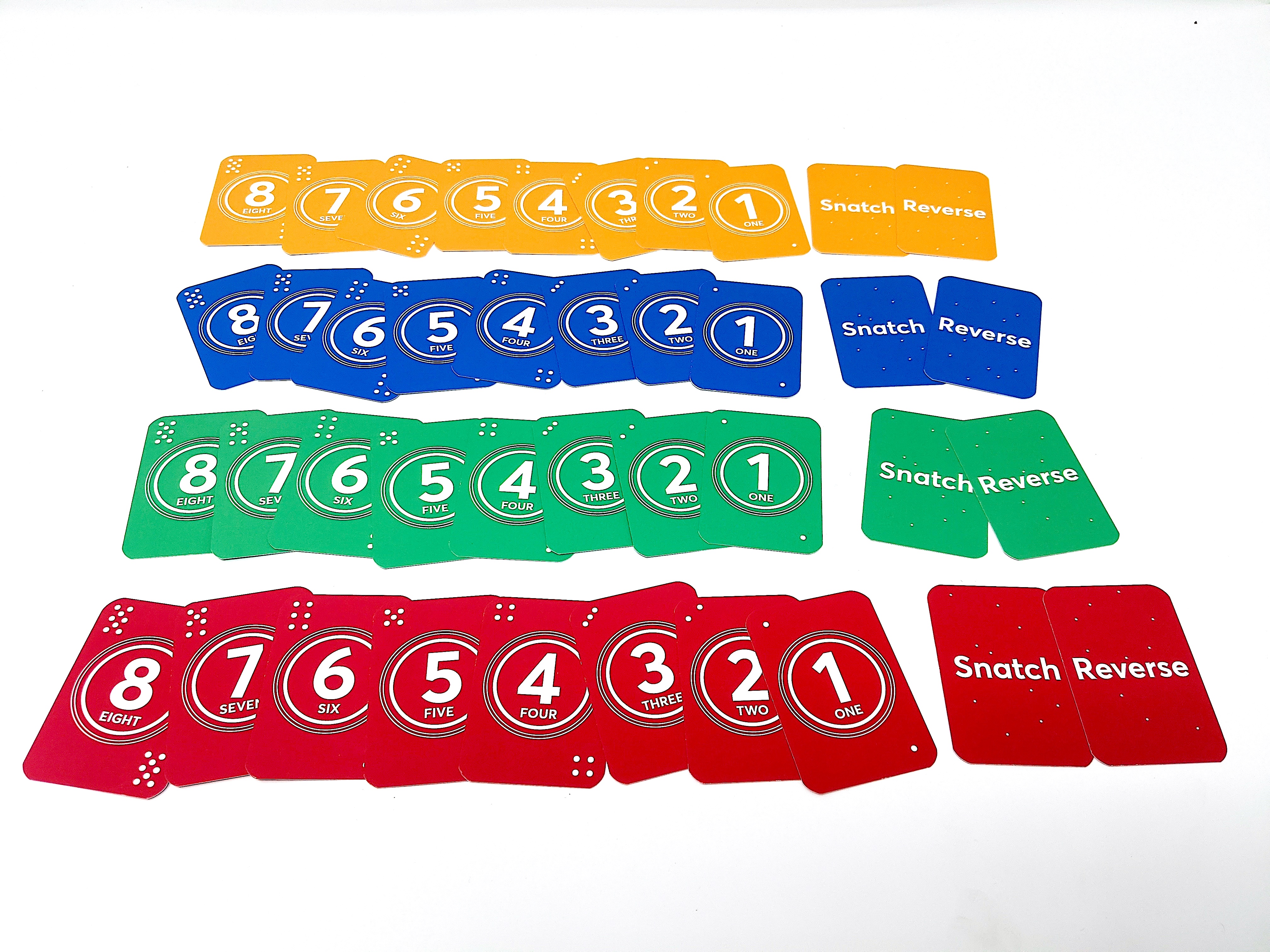 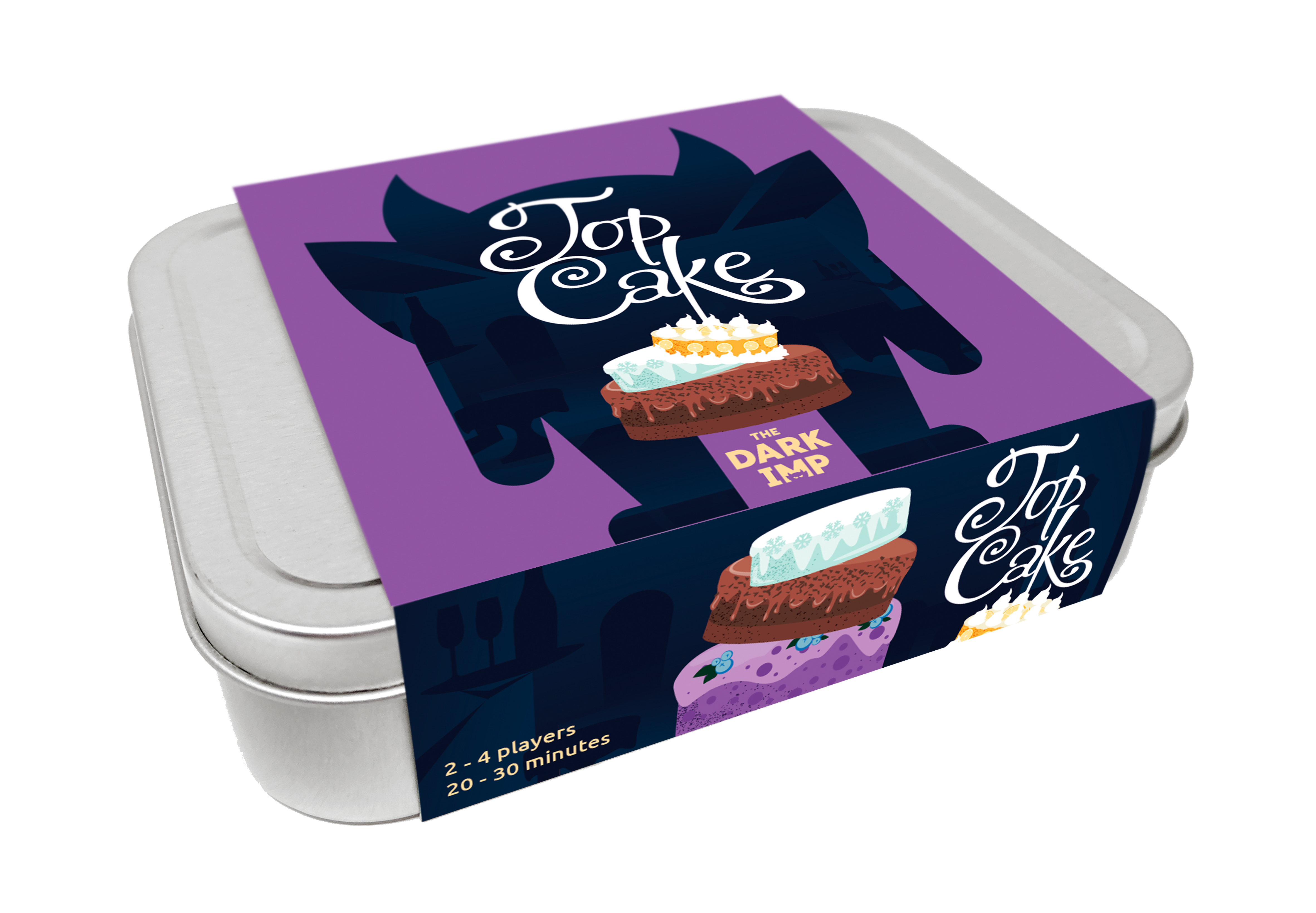 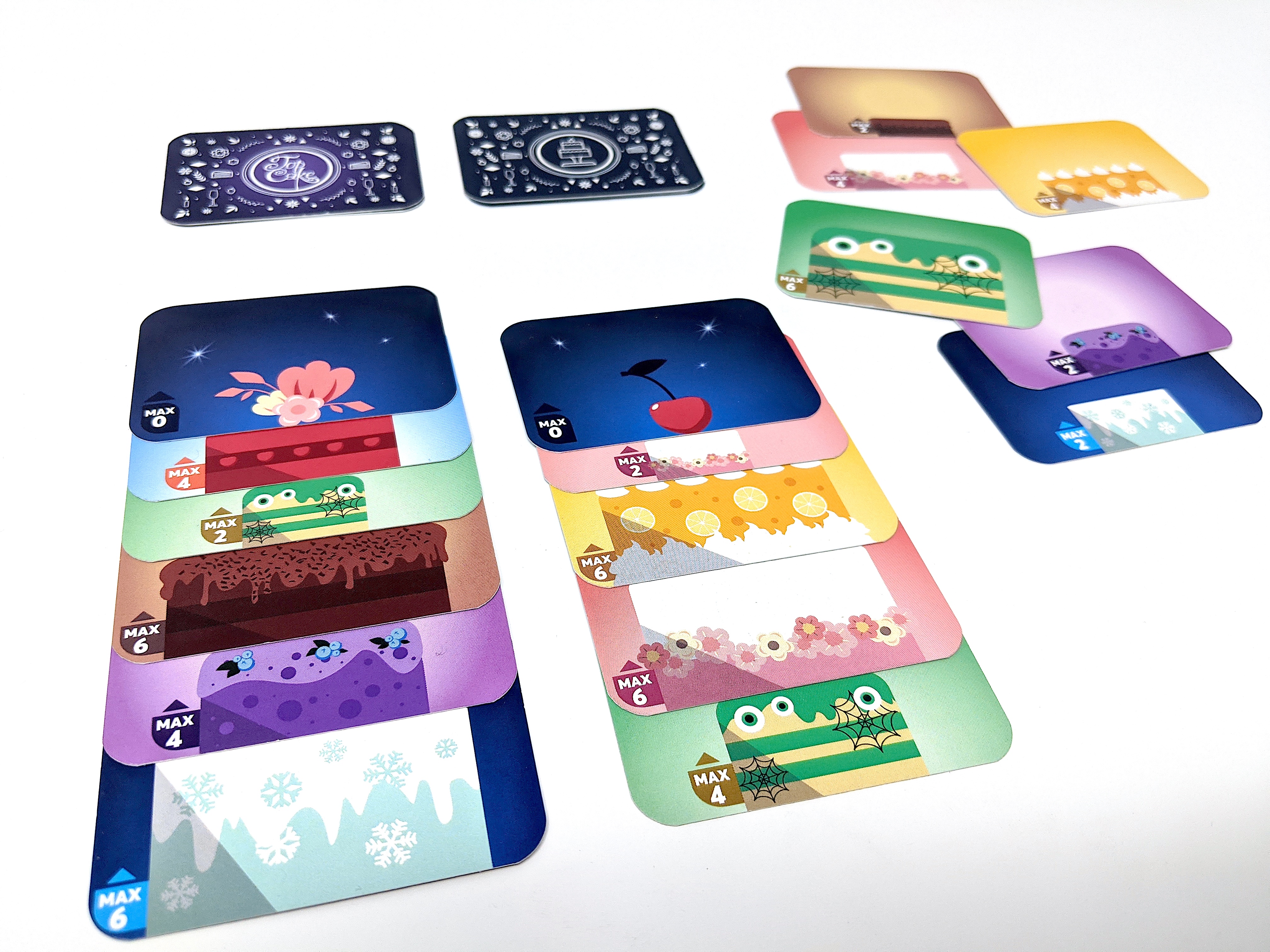 Dark Imp games that use bidding

Top Cake is entirely based around turn-based restricted bidding. Each player has an identical set of bidding cards – with numbers from 1 to 6 (or 1 to 8 in a 2-player game). Turn order rotates each round. On their turn, a player must select two bidding cards: one to play face up and one to play face down. Bidding cards are placed next to four different layers of cake. The player may choose to place both bidding cards next to one cake card, or split their bids over different cake cards. Play continues around the table with the next player doing the same. There are two full rounds of bidding (3 in a 2-player game), so each player will place multiple bids, possibly next to multiple cakes. Each player also has a ‘steal’ card and a ‘reverse’ card. These can be played instead of number cards.

When all players have bid, all the bidding cards are revealed. The bids for each cake card are revealed and calculated in turn. Any duplicate bids for the same cake are removed. So if two players have bid their 5 card for the same cake, these are removed. The highest total bid then wins. If someone has played a ‘snatch’ card, they automatically win that cake (unless another player has also tried to snatch, in which case these duplicate cards are removed). If a player has played a ‘reverse’ card, it is the lowest total bid that wins the cake. One player may win multiple cakes.

In the next round, new cake cards are revealed. Different cakes score in different ways. Some cakes may be more valuable to some players than others. There is a lot of excitement in trying to predict what other players have bid as only half of the bidding information is available.

At the start of each round in Gnome Grown, players bid for turn order. Each player secretly places some number of ladybirds in their hand (or perhaps they choose to bid zero ladybirds). Ladybirds are the currency in this game. This is ‘blind bidding’ so all bids are revealed simultaneously. 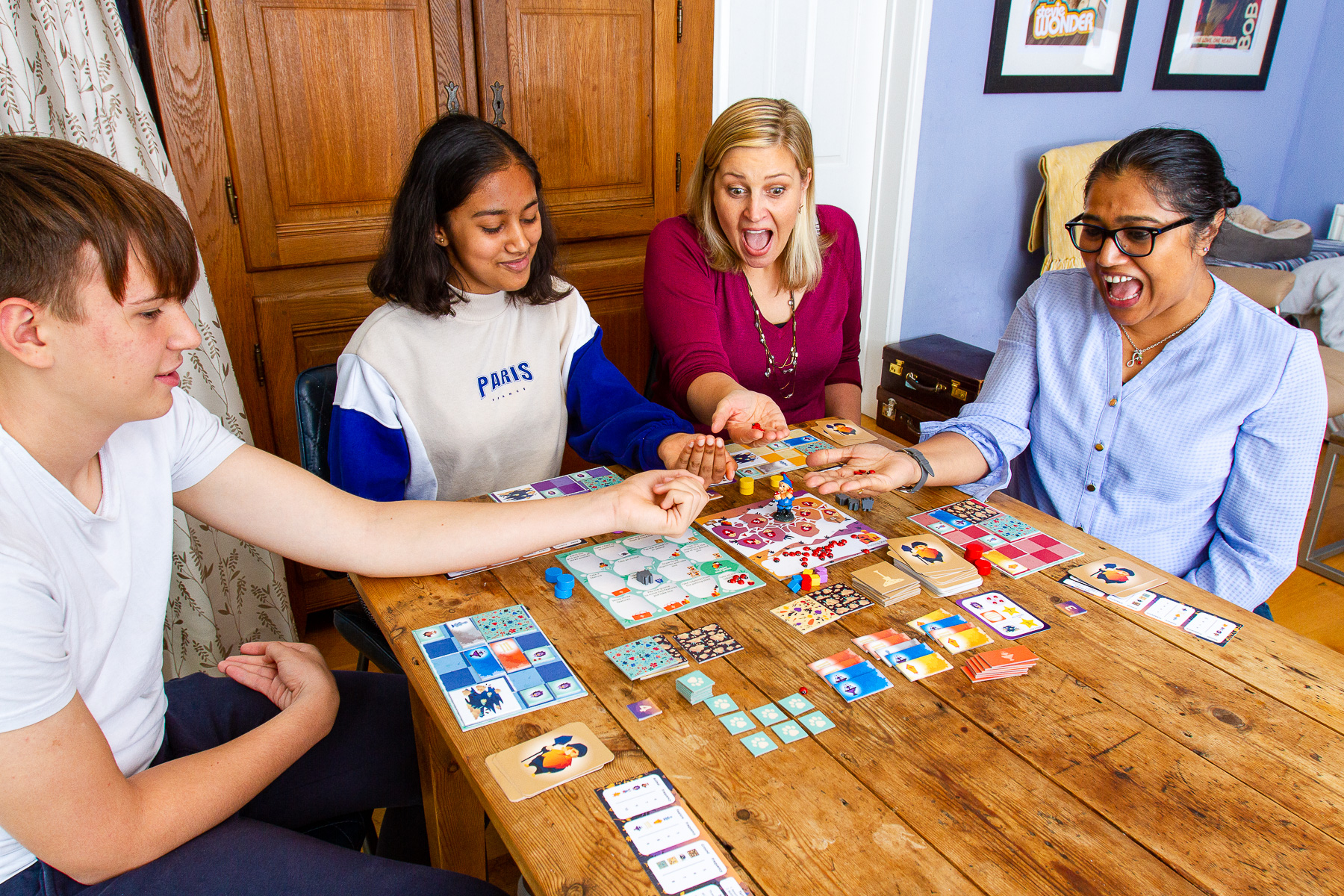 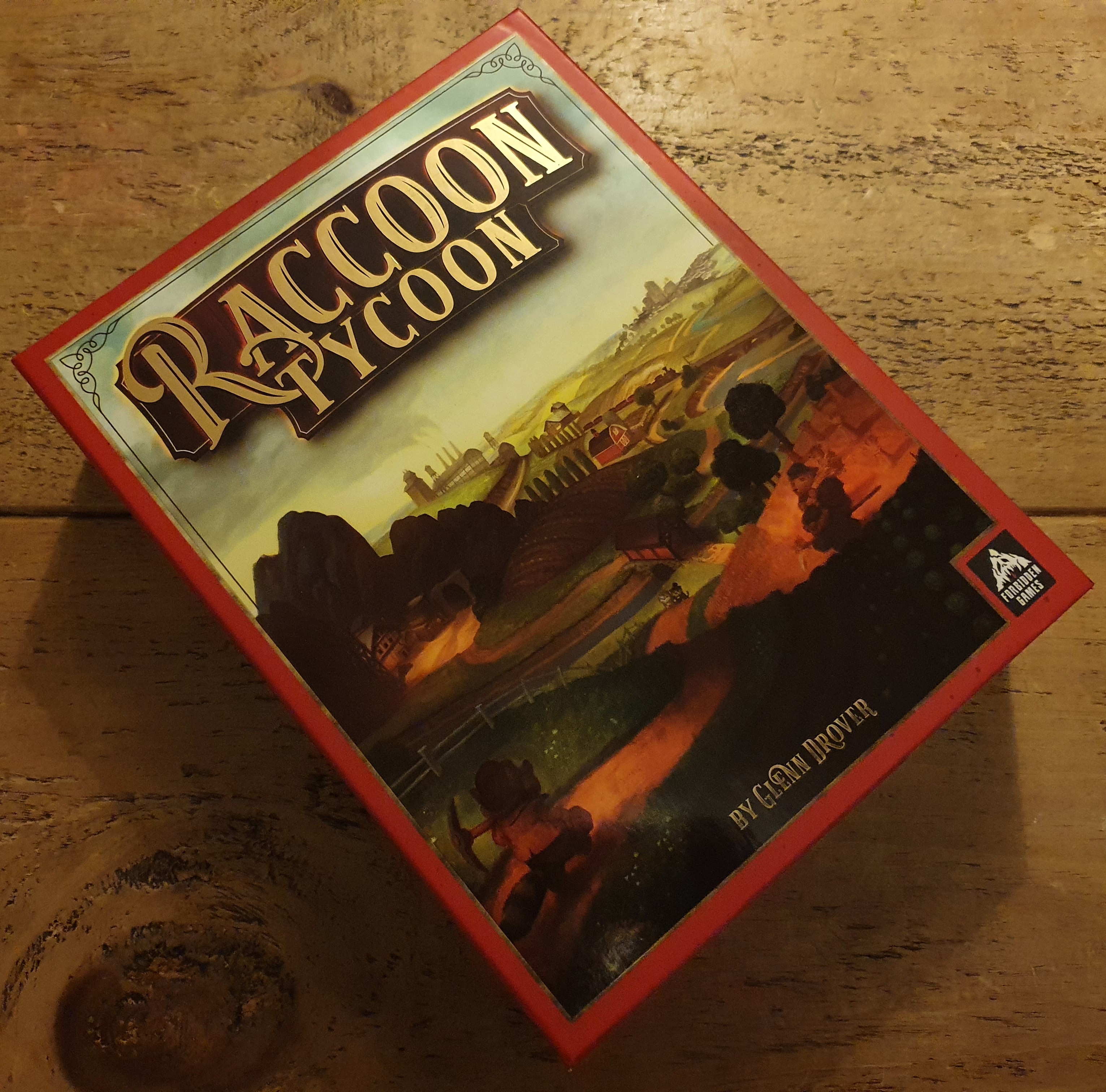 Other great bidding games include: