How to play Black Mariah 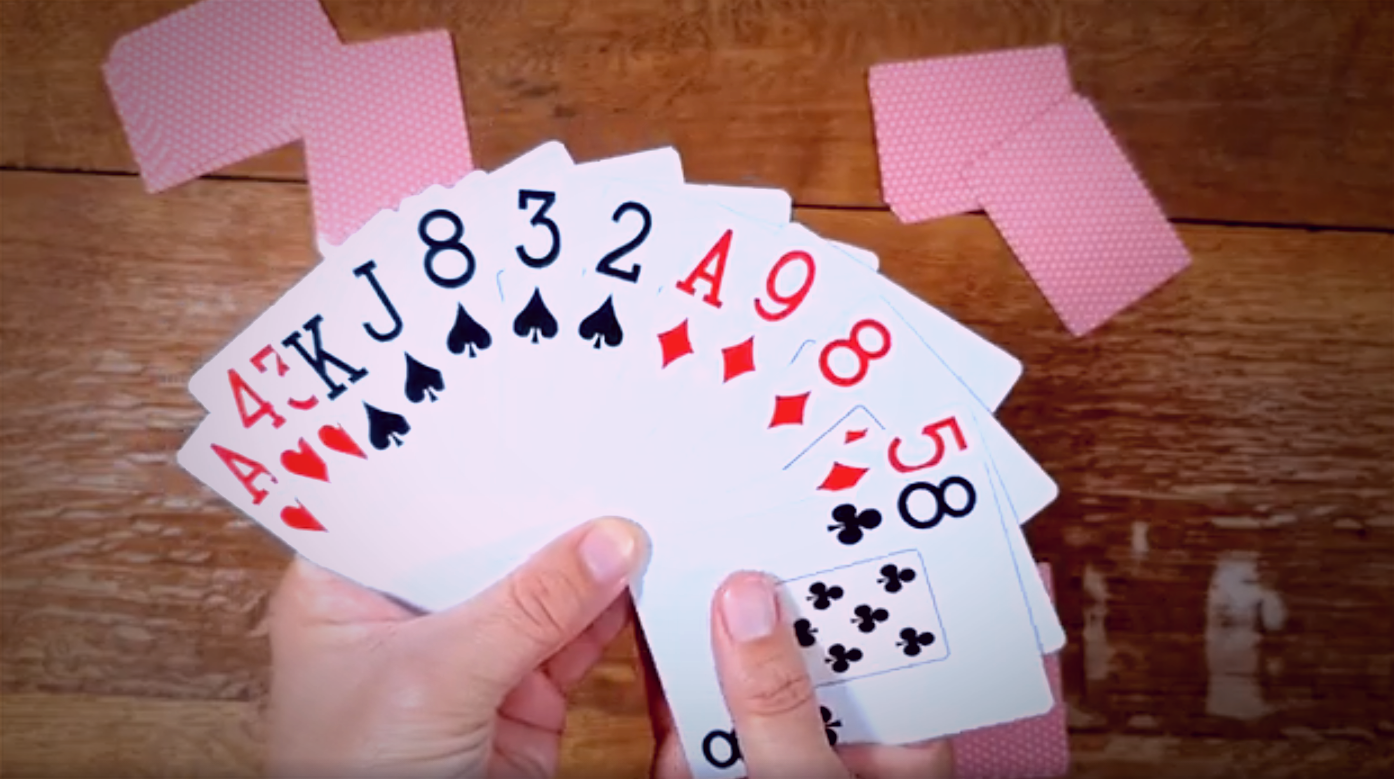 Black Mariah is a classic trick-taking game. It is closely related to the card game – Hearts – which is much more well-known. The games play in the same way with just a couple of changes to hand set-up and scoring. This is a favourite in our family. With Black Mariah, as in many trick-taking games, you can play as many or as few rounds as you wish. The jeopardy of the high scoring cards gives an air of excitement. I really love the challenge of scoring as few points as possible. It always seems more exciting that trying to score as many as possible – maybe because it’s not unlikely you could get a perfect zero.

Shuffle a deck of 52 cards and deal 7 to each player. You can play with 3-5 players easily. 6 is a bit of a stretch but still functions. Players now sort their cards into ascending value within suits and check what they have. Now, before the round begins, players select three cards from their hand and pass them face down to the player on their left. Once they’ve passed cards, they may collect the three cards that have been passed to them by the player on their right – and add these to their hand.

The player to the left of the dealer selects a card and plays it into the centre of the table. Other players now follow in clockwise order around the table. Each player selects a card from their hand to play. Players must follow the suit of the first card played this round – if possible. So if the first player played a 7 of clubs, all the other players must play a club if they are able to. If they have none of the suit led, only then may they choose another card to play instead. When the final player has played a card, the player that has played the highest card in the suit that was led takes all the cards on the table (this is called the ‘trick’) and puts them in a pile on the table in front of them. The aim is not to take any of the scoring cards, so it’s really useful if a card is led in a suit that you have none of – as you can ‘throw away’ your high scoring cards and force another player to take them in the trick.

The next trick is led by the player who took the last trick. Again – other players must follow the suit led if possible. The round ends when all seven tricks have been taken.

Score the cards you have taken in tricks at the end of each round. Most cards score 0. The exceptions are that all hearts score 1 point and the three highest spades score as follows: Ace of Spades = 7 points, King of Spades = 10 points and Queen of Spades = 13 points. The Queen of Spades is also known as ‘Black Mariah’. After scoring the round, reshuffle the deck and deal out for the next round.

End of the Game

The game ends when one player has busted out on 100 points. The player with the lowest score at this point wins.

A few hands of Black Mariah is a very pleasant and not particularly taxing way to spend half an hour or so. The card passing at the start of each round introduces a smattering of strategy and it’s fun to see if you can create situations where you can offload the high spades.

We specialise in creating original family games. You’ll find our Online Shop packed with options! If you enjoy quick family games but like a lot of variety, you’re bound to enjoy the Dark Imp coaster games. Six games on coasters in a little pack.

Get the Coaster Games
Browse the Shop

In The Dark Imp Blog you’ll find all sorts of games you can play at home with regular playing cards or just with pen & paper. If you’re looking for other great games to play with the family, try Spoons. It’s a game of fast card-passing and silly spoon grabbing.

Video: How to Play Black Mariah

Subscribe to The Dark Imp channel to see new videos as soon as they come out.