All these components are found in The Dark Imp Cracker Games. 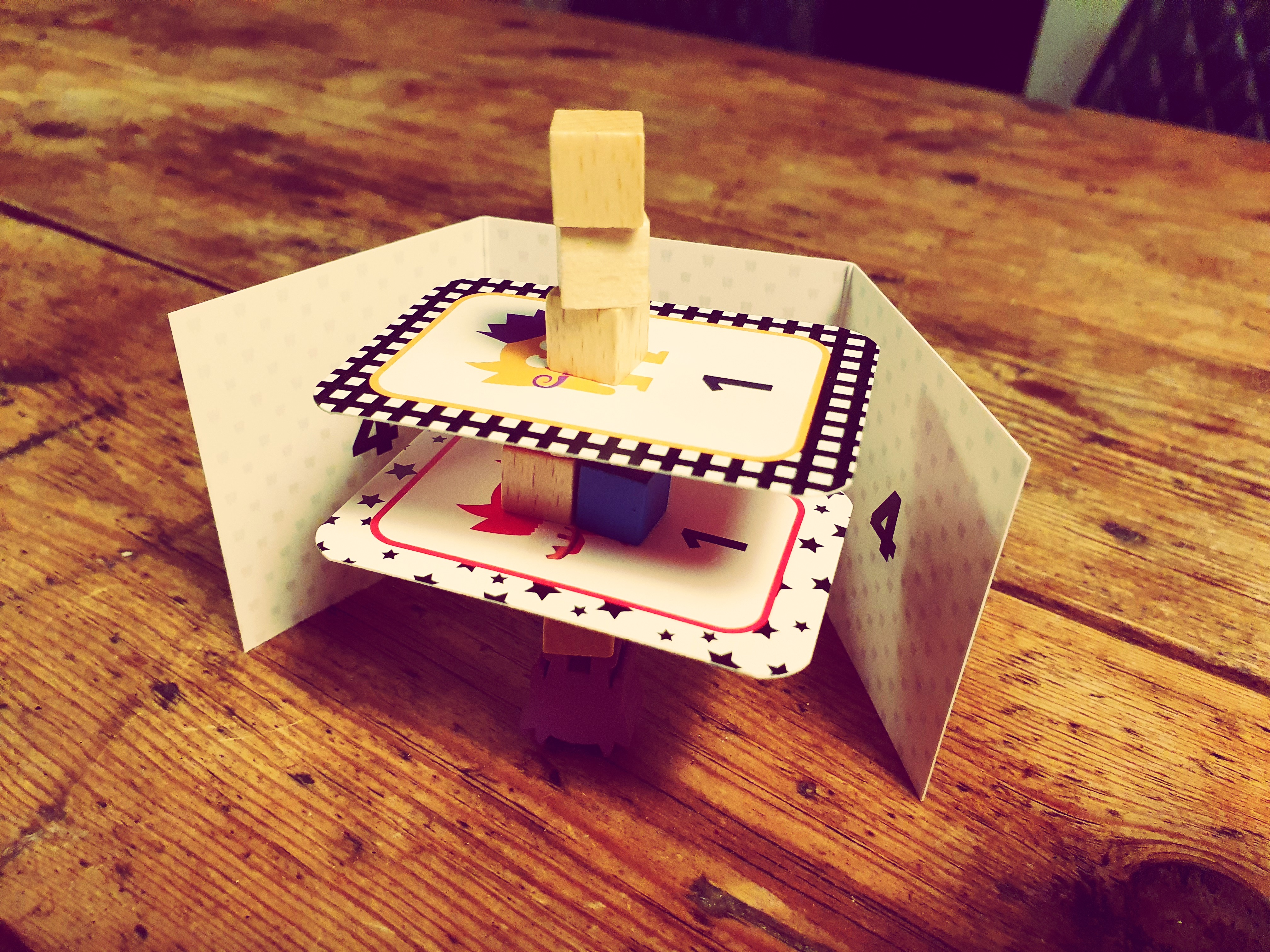 Each player chooses a colour and receives the 6 imp cards, the imp and the 20 cubes of that colour, as well as a random screen. For games with less than 6 players, remove any remaining cards, imps, cubes and screens from the game.

Shuffle all chosen imp cards face down and place face down in a draw pile to the side of the play area.

Object of the game

To have the highest imp-stack at the end of the game.

Reveal one card from the draw pile. Depending on the number, the following occurs:

1: The player with the corresponding colour takes one of their cubes (or a random cube if they have no cubes available), places it alongside their screen and flicks it. If the flicking player’s cube hits an opponent’s stack or screen, then that opponent must return any fallen cubes to their pile and any fallen cards to the discard pile. If the flicking player’s cube does not hit an opponent’s stack or screen, then they must take the number 1 card that was just revealed and place it flat on top of their own stack.

2-6: The player with the corresponding colour takes the number of cubes that correspond to the number on the card and attempts to place them one by one on top of their stack. If, during this process, any components fall, return the fallen components to their respective piles and continue placing cubes until the full number of cubes on the revealed card have been placed. For example, a red 3 is revealed so the red player takes 3 red cubes and attempts to place them on their stack, the first is added to the stack ok, the second knocks over both itself and the first cube placed, but the third is then added ok, leaving a net of one new cube added to the stack.

The game ends after the final card of the draw pile has been revealed and the corresponding action has been taken.

Back to main Cracker Games page