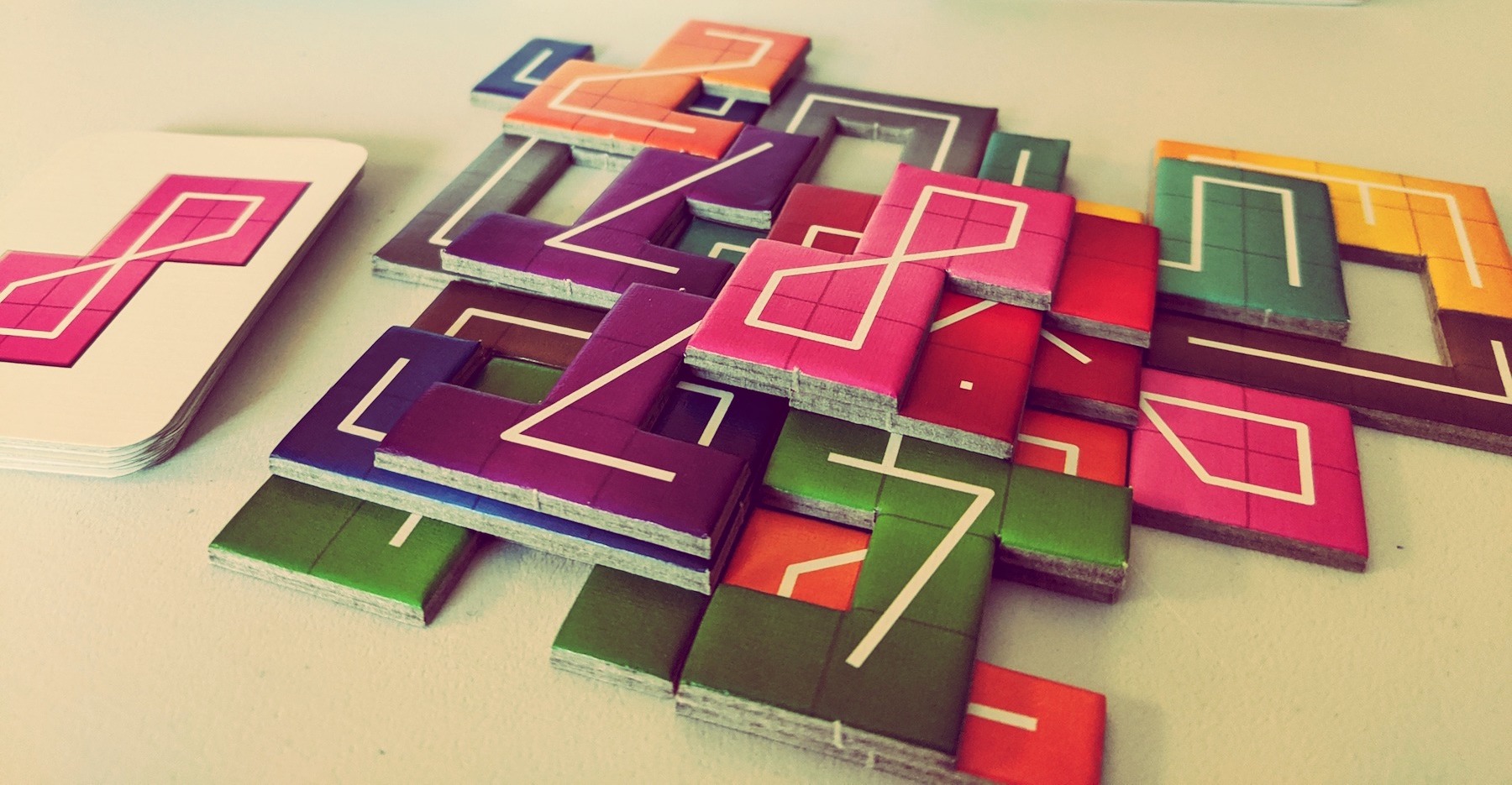 Alfie Dix, 17, reviews board games that he plays with the family and subsequently with groups of friends. Here’s his review of NMBR 9.

Simplicity is a great thing in a game, it allows the game to be easily understood and reduces the need for long explanations and set up. However, there is one major downfall to some simple games… replayability. NMBR 9 has disappointed me in this way. I wouldn’t say it is a ‘one and done’ game, it does have a variety of redeeming factors, but I can’t say it is one I want to play over and over. Let’s take a closer look at the game.

NMBR9 is a tile placement game, where the tiles are in the shape of the ten digits. A card is flipped which reveals one number. Then each player places that corresponding tile on their own tableau simultaneously. Players are aiming to place tiles on top of others to create more levels to their tableau. The game continues until all of the tiles have been used.

Points are scored by multiplying the total value of the numbers on each level by their respective level from 0 upwards. Players cannot place a tile over an unsupported area and each tile that is placed must touch at least one other. These are the only two restrictions on placement. This is a very simple concept to understand and makes it accessible for all ages and abilities. It can be played with up to four players.

Each game lasts around 25 minutes and is very easy to pack up. With just a few cards and tiles, it’s quite transportable, making this a great game to put in a bag and take on holiday. In addition, it has the aspect of feeling like an unsolved puzzle, where every move gets you closer to a final goal and then when the curtain finally falls, it can feel satisfying, provided you’ve planned your tile placement well.

However, despite the fact that the order that the numbers have to be placed each game differs, this doesn’t do enough to force an entirely new strategy each time. Once you’ve worked out what tactics are winning tactics, the game becomes much easier. For the player who is be experienced in games of spatial awareness, it isn’t enough of a challenge. It’s important to note that there is no reason why an opponent can’t just copy all of your moves and force a draw, this wouldn’t be much of a game, but the temptation may exist.

For me, this game falls short. There are better games that are similar – Kingdomino, for example. Kingdomino has a more interesting theme, better artwork and greater replayability.  I recommend NMBR9 to anyone looking for a simple tile-laying game that they want to try out with lots of different groups of people. But I’d recommend looking at better tile-placement games. This one  won’t get much play time in our house.

Ellie talked about NMBR9 in her 5 tile placement games video. Find out if she agrees with Alfie or likes the game more.