The Gnome track is now the right length, the variety of actions works well and the bonuses are well balanced. The game is ready for final play-testing and then production. Now I just have to source some ladybirds that can be easily picked up!

Version 2 of Hex Maze has been problematic. I want the game to be a fast-paced romp around a maze with players snatching the high scoring treasure from right under their opponent’s nose, but at the moment the gameplay is so slow that you really don’t care who gets the treasure as long as the game finishes soon. The problem seems to be mainly caused by the fact that there are six directions of possible travel for each of two meeples. To fully analyse each of the options before you make a decision takes time. The directions aren’t intuitive and the complexity of the board stops you from strategising as you’re unable to think more than one turn ahead.

As a result of this sleep-inducing playtest, Version 3 has been created. The spaces are now square – so movement options are more restricted. The way the meeples move has also changed – which should speed up the game and eliminate some of the time spent navigating around the largely empty sections of the maze. Version 3 is in the playtesting queue. There are no longer any hexes in the game, so it needs a new name!

The Game Previously Known as Hex Maze will be a Mint Tin game. I’ve measured up the final component sizes to check that it will all fit nicely in the tin (assuming I manage to make it into the romp it is supposed to be). 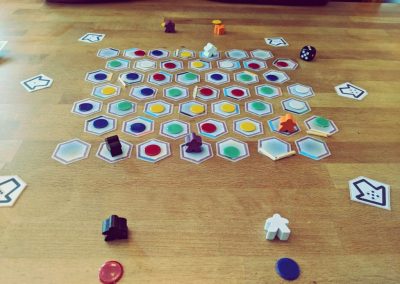 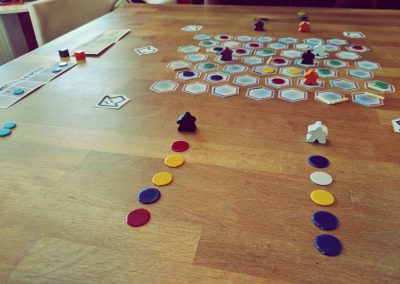 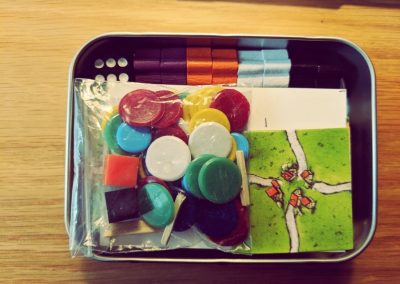 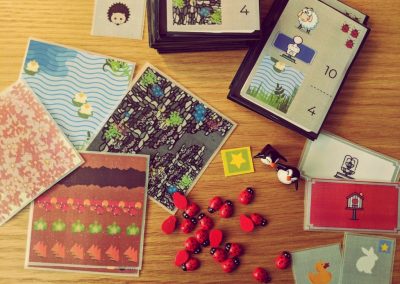 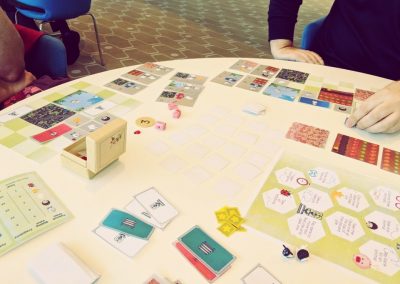 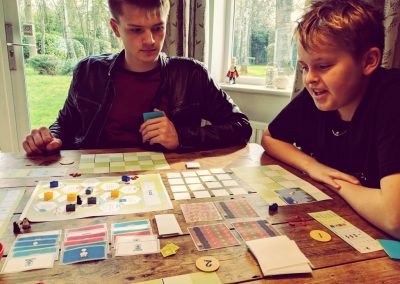 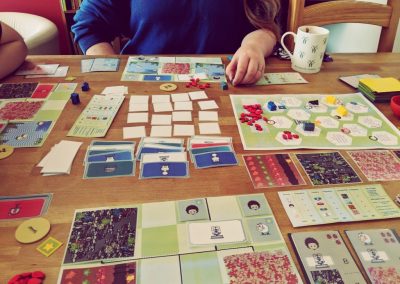 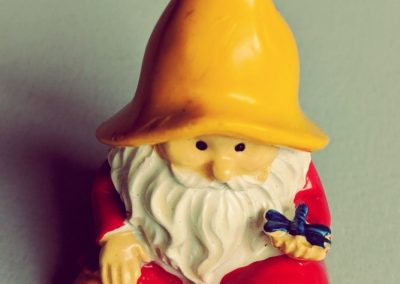