This week I’ve restricted myself to working on games that start with the letter ‘C’, so I’ve been working on Claim the Crown and Countdown Confusion.

Clam the Crown is a board-shifting, tile-laying puzzly movement game where each player is trying to be the first to Claim the Crown and hence win the game.  Version 2 playtested well several times but during a game yesterday a stalemate situation arose and no player was able to Claim the Crown. The solution may be to re-introduce the Black Holes from Version 1 in a different way as this will create expanding dead areas and force the players to battle increasingly restricted spaces. This game involves an asymmetric board where one colour may have an advantage over another, so the first phase involves tile-drafting, where the choices that players make  influences the player colour they are allocated for phase 2. More work is needed to ensure the game ends!

Countdown Confusion is a speed card-drafting and set collection game. Players must select a card and pass the remaining cards on before the countdown reaches 0. The counting player may countdown as quickly or as slowly as they please. The cards are designed to be confusing as specific symbols change the card’s colour or number. Version 3 has been created through iterative playtesting. The introduction of the boards helps players to keep track of the cards they’ve already drafted. This game is impossible to playtest solo – but fortunately it is really fun so people keep wanting to play it. The game needs a bit more testing with different groups, but is working brilliantly and close to being finished. 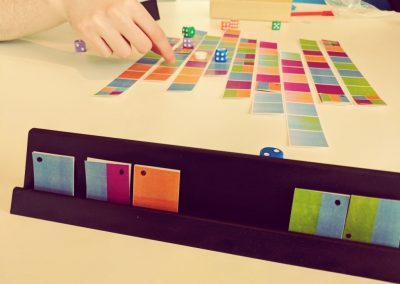 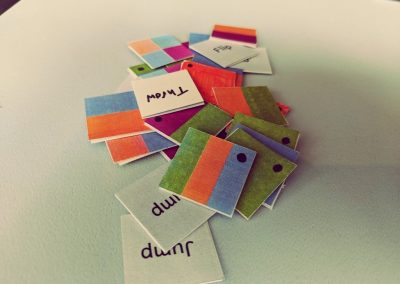 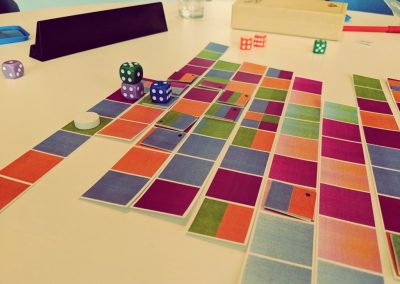 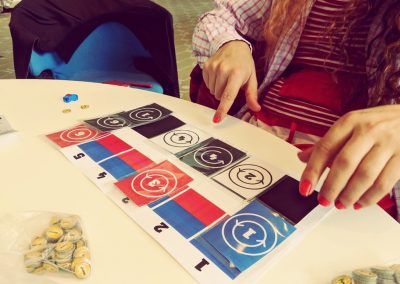 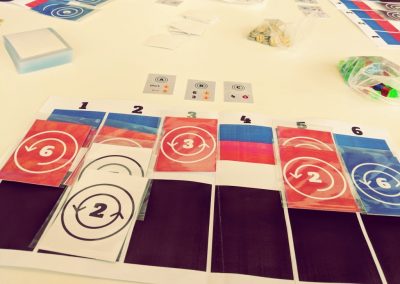