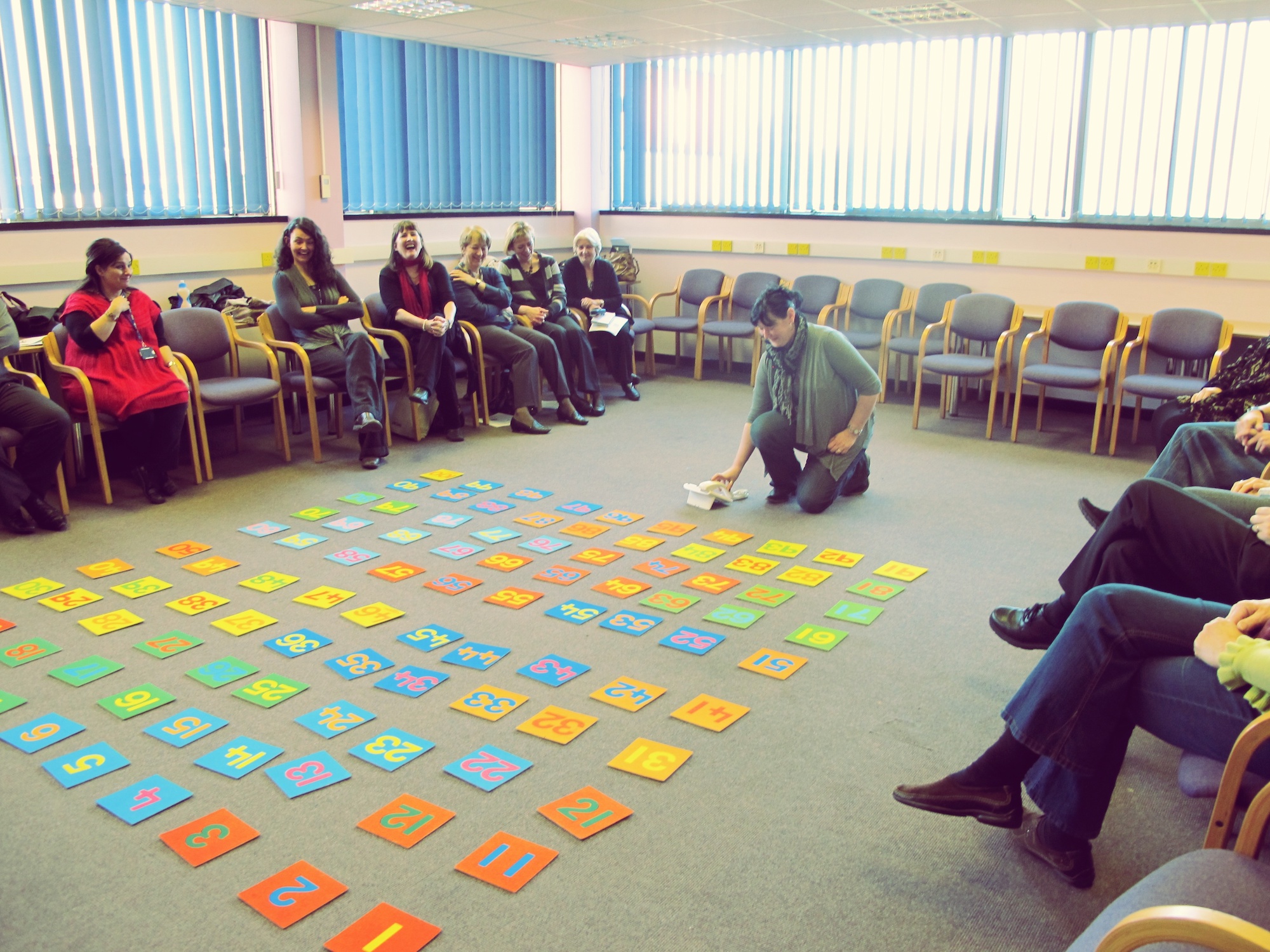 I used to provide active maths workshops for primary school teachers. The workshops were really a series of games with a clear mathematical element.  Everyone’s favourite was a game I invented called Number Police. It is easy to differentiate and extend, full of lively discussion and teamwork and most importantly – full of drama.

You can play this with a large group or as a family of four.

Split the group into two halves.  Half the group are policemen, half are police informants. The police are looking for a number who is suspected of committing a crime. Quietly, informants decide what number is guilty (1-100).  Good ones to start with are numbers with lots of factors (e.g. 48). Police have all the numbers from 0 to 100 lined up on a ‘suspect board’ (or on the floor). Print out a 100 square or with a big group, the game works particularly well with a set of 100 numbered carpet tiles.

Make sure that the police hold their meeting after each clue has happened.  There are always some super keen policeman that will dive right in without discussion and this can cause problems.  For example if the clue is “The number you are looking for is divisible by three”, then the policemen must discuss which numbers are therefore turned over (or crossed out – if using a paper 100 square).  They must turn over/eliminate all the numbers that are NOT divisible by 3.  Those that dive in may not have thought this through properly and will busily be going through the 3x table in their head and happily getting rid of all the suspects.

This activity requires discussion, co-operation and teamwork.  There is a great deal of speaking and listening integrated within the maths.  This activity can also be very dramatic – picture the informants trying to get to the telephone without being spotted, glancing around them to see if they are being watched… picture the stereotypical policeman answering the phone with an “‘ello, ‘ello, ‘ello”.  Maths – disguised in a drama game.