Game development has been a little hampered this week as I’ve been distracted by our new puppy, Scrabble. However, I’ve managed to create and then playtest version 3 of Countdown Confusion with my sons (whilst eating breakfast at the village cafe). The cards are now half the size they were, but this in no way detracted from the gameplay and it made it much easier to place each card in a tableaux and fully see what you’ve got. Small cards can be difficult when there’s lots of information contained on the card, but for a game like this with less information, where you have to be able to fully take in the whole card in just a second or two – small cards are fine. I’ve dispensed with the large player boards in favour of small row and column markers which allow players to map out a grid without needing a full board. The game easily fits in the mint tin. It’s going out to playtesting families and then on to production.

Following a brainstorm with the (brilliant) Alfie, Claim the Crown now has a new rule, which seems to neatly prevent a stalemate situation: Players are now no longer allowed to make a crown move if a player is adjacent to the crown. The game ran much quicker and required players to carefully watch each other to stop themselves enabling other players to get into this advantageous position. It is easier to get close to end game than it was in the previous version, but it is still possible to make a glorious comeback. I’ve created a smaller 7×7 board, which I’d like to test next week and I’m still keen to see how the black holes may be used – possibly when players run out of tiles. I tried to beef up the Claim the Crown tiles by sticking them on modelling foam, but the glue I had totally melted the foam. I must get to a modelling shop to get some better supplies.

I’ve also created a new coaster game, which has joined the playtesting queue. The (as yet unnamed) game will involve programmed movement to catch your opponent and stay mobile. To play a coaster game, all you need is the coaster and a pencil and paper. The rules are on the reverse of the coaster. The Dark Imp will be releasing coaster and bookmark games regularly. Watch this space. 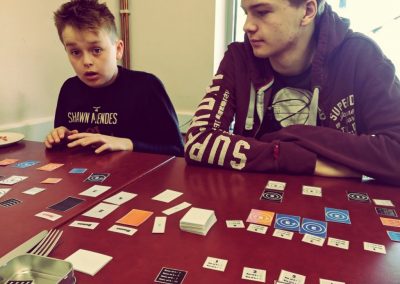 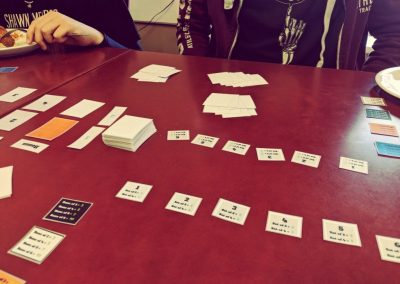 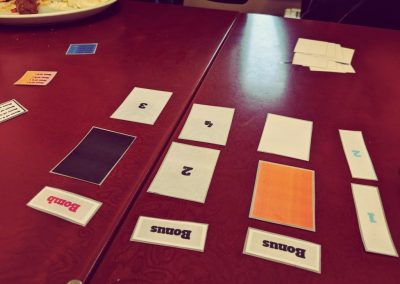 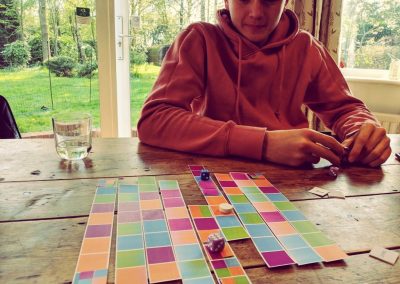 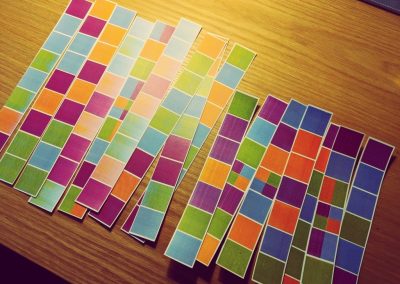 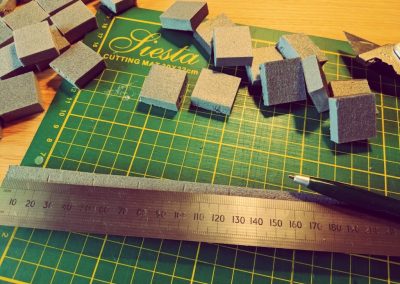 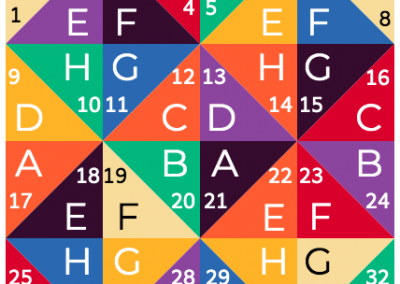 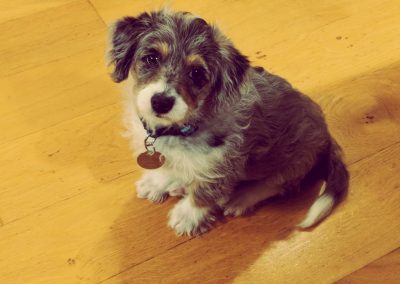