Throw away your strategy 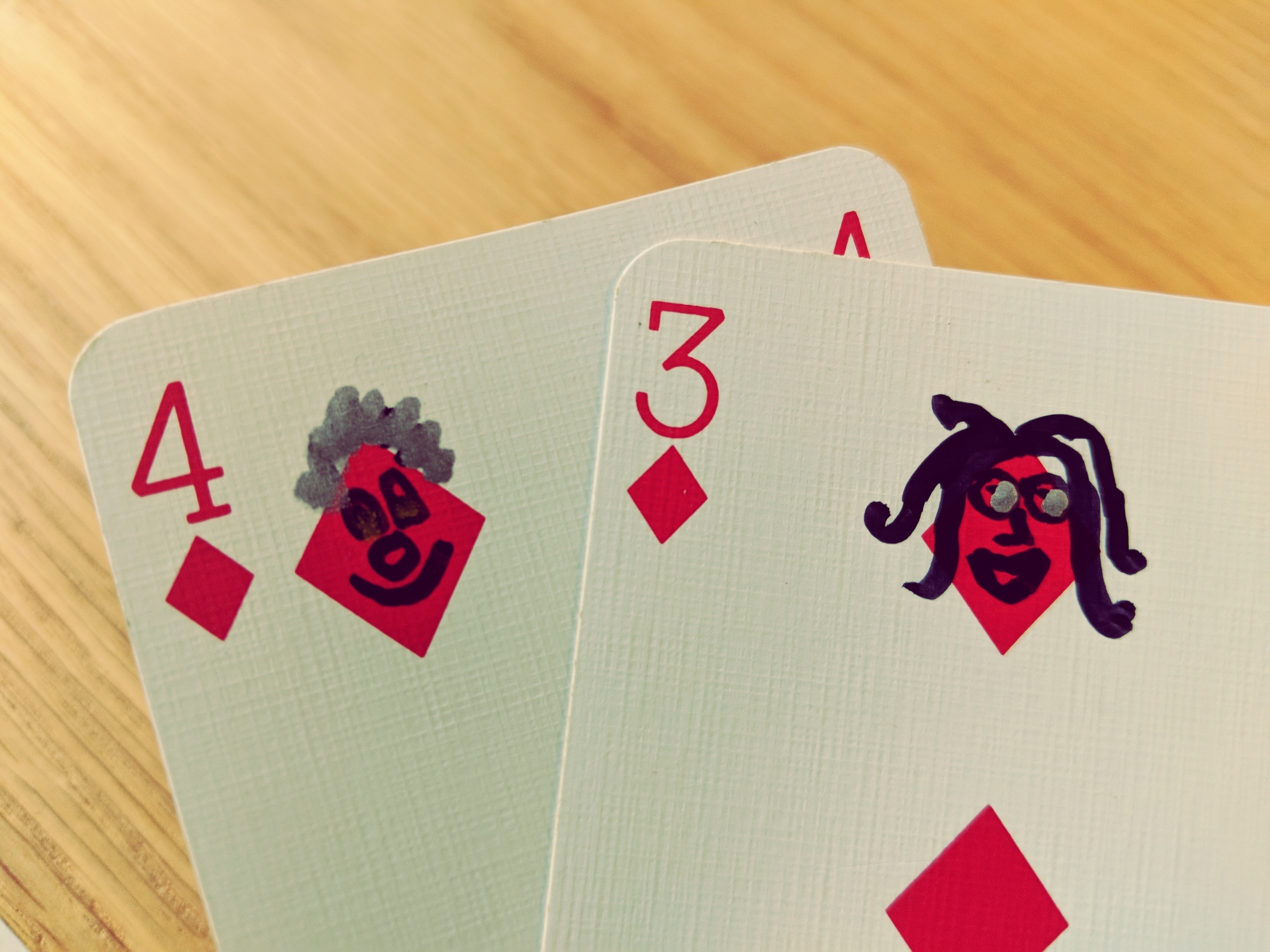 Through playing board games we learn many valuable lessons. Each game can be seen as a microcosm or slice of life itself. As we sharpen our game-playing skills we also deepen our understanding of ourselves and others. The world of the game gives us a safe place in which to experiment, fail and improve. The decisions we take at the game table may mirror those in our wider lives; and the more skilled we become about analysing options while playing, the more likely we are to approach real-life decisions with the same analytical thinking.

When embarking on a new game, a player may formulate a strategy very quickly – based on the initial cards they are dealt or the set-up of the board. In Rummy, for example, a pair of cards that form part of a set may be kept carefully with the single-minded intention of forming the full set. If the player isn’t able to quickly form that set, but keeps the pair for some time, investing valuable hand-space into this tactic, it becomes ever harder to abandon the pair in favour of different possibilities. Even when other options would give you a higher probability of success, you may still choose to hang onto your pair of clubs.

This is an example of what psychologists and behavioural economists call “The Endowment Effect”, which is described as “the finding that people are more likely to retain an object they own than acquire that same object when they do not own it”. The Endowment Effect makes us irrationally over-value objects that we own, regardless of their actual value.

I organised a Christmas party for a group of parents from my son’s school a few years ago. After the meal but before pudding I went round the room with a giant sack of presents. Thirty gaudy packages containing a cornucopia of wonders from the pound shop formed a jumbo lucky dip and delighted the guests. The idea was that after each guest had delved into the bag, unwrapped and revealed their present, a round of frenzied swapping would commence – until each person had acquired the piece of tack that had the most use or most appeal to them. But very little swapping occurred. Each person seemed inexplicably bound to their original random pick. Well who wouldn’t want a USB vacuum cleaner or a ceramic hedgehog?

In our working lives we often invest time into projects that may come to nothing. However, it’s not unusual for us to fully complete projects, despite realising that they are fatally flawed, purely because of the amount of time we’ve already invested into their development. I volunteer as a business advisor for Young Enterprise, a charity that gives young people experience of establishing and running their own businesses. This year the team that I support have been selling a personal alarm hidden inside a pom pom keyring. They decided on the personal alarm fairly early on in the process and subsequently invested a lot of time into researching manufacturing processes and component sourcing in order to make their own alarms. It was a very subdued meeting the day they realised that if they continued down the manufacture route, they were really unlikely to have a product to sell before the company would need to wind down. Changing course was so difficult, because they didn’t want the energy they’d put into the idea to go to waste.

Eric Ries has created a movement called “The Lean Startup” which encourages companies to make better, faster decisions by bringing products to market quickly and testing iterations rigorously. His is an anti-perfectionism cry. If you invest lots of time, money and energy into making a product perfect before you show it to anyone, what happens when nobody wants to buy it? You put in even more time, money and energy into marketing it and fruitlessly trying to convince people it is what they want, when you should have dumped the idea or switched strategies much earlier. It’s hard to release products that don’t yet meet your exacting standards, so often people opt for the ‘easier’ solution of just keeping going, blindly clinging on to the original idea.

Getting used to ditching tactics and strategies as they become less viable when playing board games gives us practice at abandoning and modifying to changing circumstances. Familiarity with this ‘analyse and adapt’ mindset means we are more likely to approach other situations in our wider lives with the same sort of logical thinking.

So next time you realise that you’ve become so attached to a pair of clubs in your hand that you’re pondering good pet names for them, assess their objective value and make a logical decision, even if that means binning Lucky and Clover.