This week black holes have arrived in Claim the Crown. At the moment these are every colour other than black and look very pretty on the board. Now each time a player takes a move, they must also play a black hole on a square next to an existing black hole. The black holes shrink the board – so holes either side of black holes behave as if they are adjacent. It is possible to force other players out if you manage to corner them with black holes in every direction. So now you must try to stop others from blocking you in as well as attempting to claim the crown. The question is… will the crown always be claimed when there is only one player still standing? And will there be a situation where nobody can claim the crown?

Some time ago I made a game called Monster Maker. Using a board that looks like a perfectly symmetrical family tree, players aim to create monsters in a machine that match the monster cards in their hand. I liked the idea of having to make exactly the right monster, when you may hold a monster that has one more eye, or an extra tooth. But the mechanics of the board was a real faff – having to chase the branches down different directions and stopping to check the position of the features on each intersection. So the original version was shelved. Whilst sitting on a train this week, I had an idea about how to make the game work (better) without a board. So I’ve prepared the required feature cards and dusted off the monsters. I’m looking forward to playtesting Monster Maker Version 2. 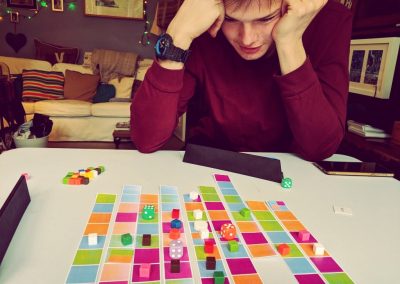 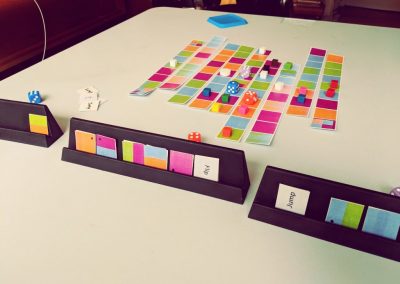 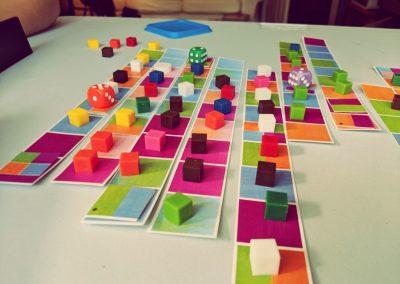 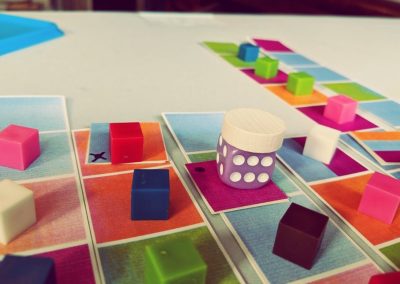 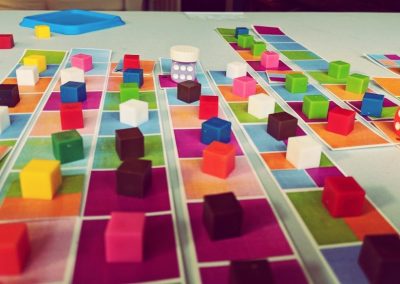 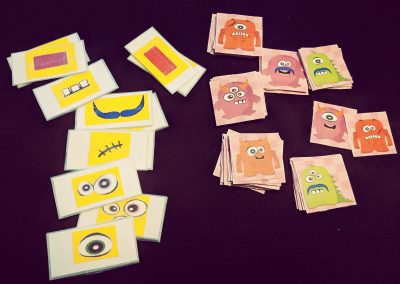 Monsters with the new feature cards 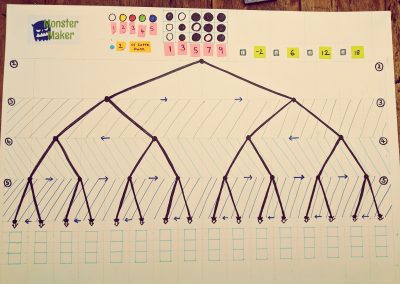