It’s been a good week for playtesting, mainly due to the time I’ve spent with my mum and sister Susie – who are both willing to dive into games in development. Mum and I had a game of version 3 of Hex Maze. The increased speed of travel around the board massively helped the pace of the game, but there was still a lull before each die throw while we worked out if we wished to block any directions. The name Hex Maze is inappropriate now as the game neither has hexes nor is really a maze. Version 4 is called Doughnut Dash. As players may travel off the top of the board and end up at the bottom, and likewise with left and right, the 3D figure would be a doughnut – and hence the theme was born. The counters are different flavoured doughnuts. When you take a doughnut, you also take a Sugar Rush Card. These cards give ways for the players to manipulate their moves or the board after throwing the dice. The board is now 9 tiles of 4 squares, which means that the set up is much quicker, without losing the ability to have a different board each time. The board is littered with policemen and landing on one of these will lose you your most recently grabbed doughnut. A playtest of Doughnut Dash with Susie on the Eurostar was very successful despite the travel size tables.

Susie and I also played Flycatcher version 4, by each playing two spiders. The smaller board and reduction in action cards worked well. There was far more player interaction and ability to control movement around the web. The programmes were often ruined by another player, but the limited number of event cards meant that players were forced to choose which moves to block. While we got far more bugs than in previous play tests, we still felt as if we’d like to have had more on the board. So, in the next version a modification will be to introduce a baseline number of bugs that must be available each round. The game is getting closer to having the right level of randomness. 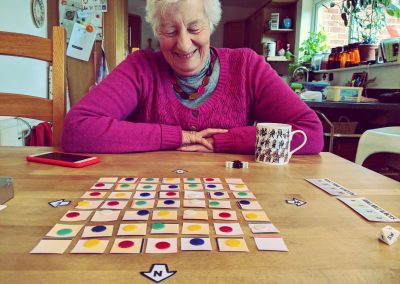 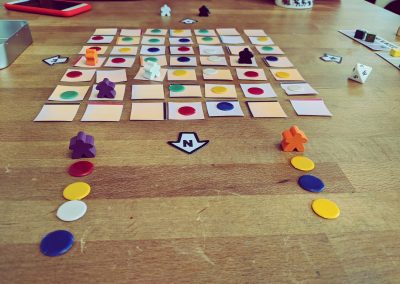 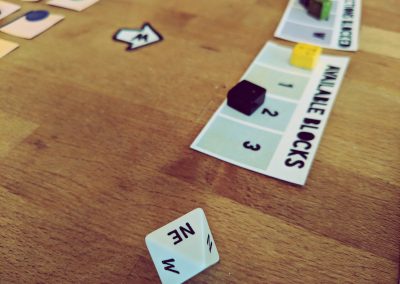 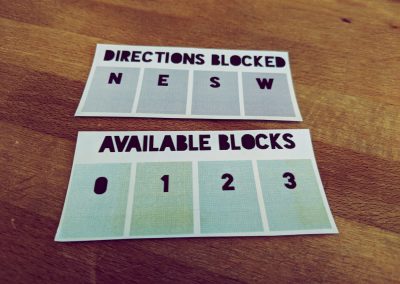 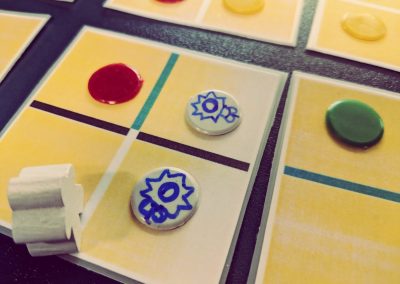 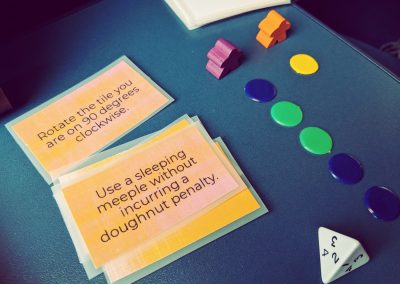 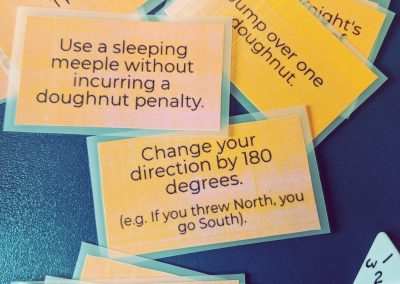 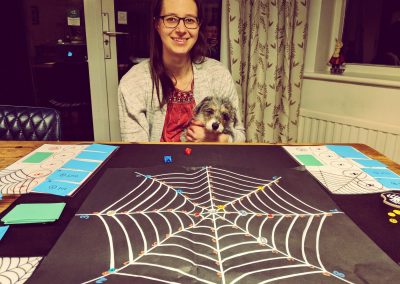 Flycatcher v4 with Susie (and Scrabble) 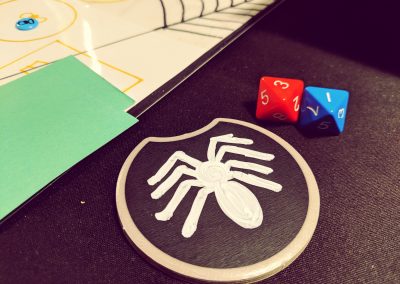 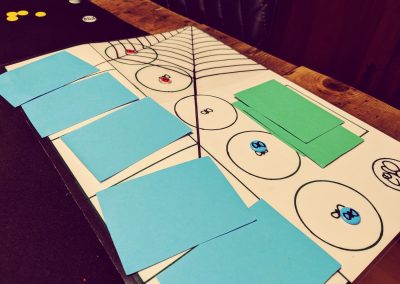 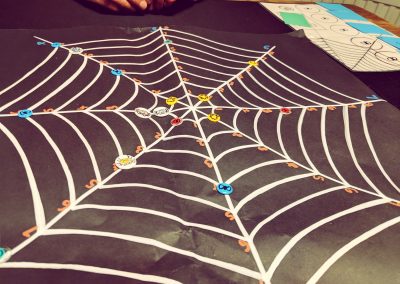