This week Monster Maker has hit the table. In this game, players compete to make monsters with different combinations of features. You may, for example, make a purple monster with three eyes, a wide grin and large horns. Or perhaps you’ll make a one-eyed, toothy green monster with a flamboyant moustache. Version 1 of Monster Maker, which was created last year, revolved around a large board containing a 4-level binary tree. But, as each monster was made by following branches down the tree, it ended up being needlessly and annoyingly . complicated. Having been shelved for several months, an idea about how to dispense with the board took hold and version 2 was born.

In the last week or so, version 2 has evolved into version 3. The game, which now revolves around a moveable tableau of monster features, is much less fiddly and quicker. Players can make monsters or move the cards in a column down one space. When making a monster, the player nominates the row that contains the most features in common with their monster and scores the relevant points from that row. Monsters made with features on the top row score the highest number of points. Players shift columns to get the best placement of features to aim to create high value monsters.

Monster Maker has had three different playtests this week – with my sons, my mum and finally with the London game-designers playtesting group. The points need tweaking a bit and I think the game might work better with no monsters held secretly in hand, but all monsters face up on the table for all players to choose from. This will then encourage players to leave the features in positions that will hinder the next player.

Doughnut Dash (version 5) also made it to the table with the London game-designers playtesting group. The theme was very well received. Everyone loves doughnuts! But the group felt that the frequency of the different doughnut varieties needed changing. They could also see it working as a 3 or 4 player game with a little board expansion. Roll on Version 6! 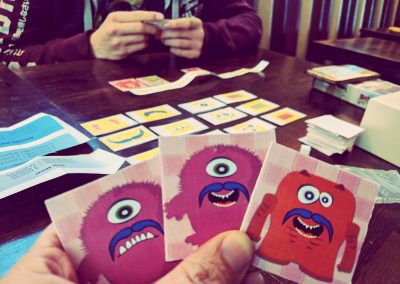 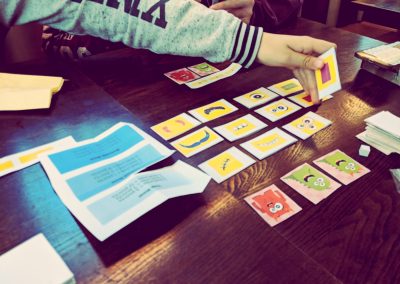 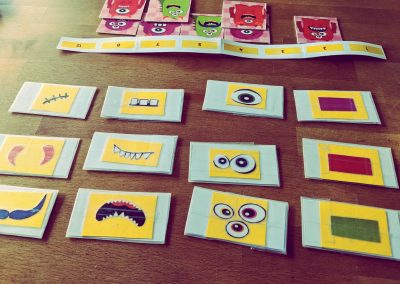 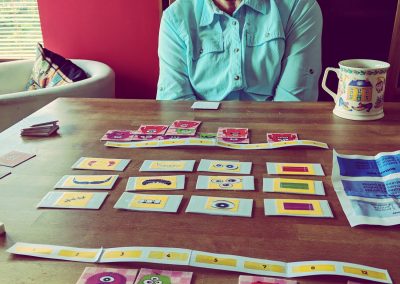 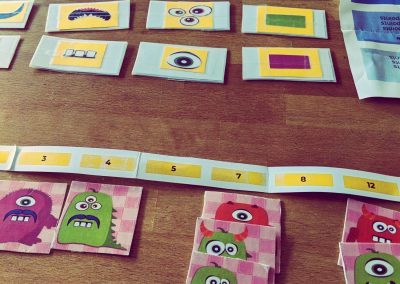 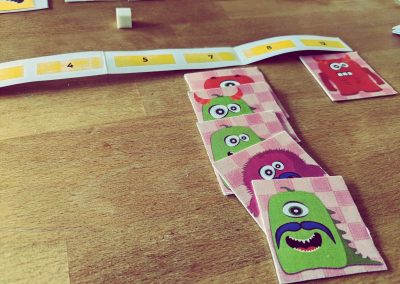 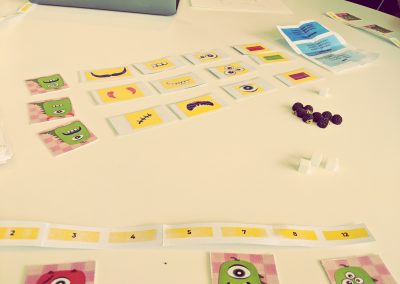 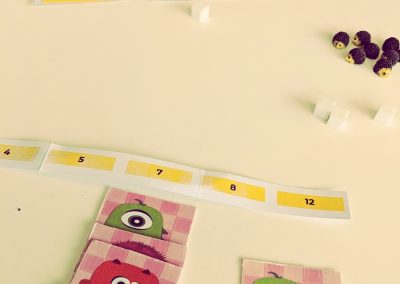 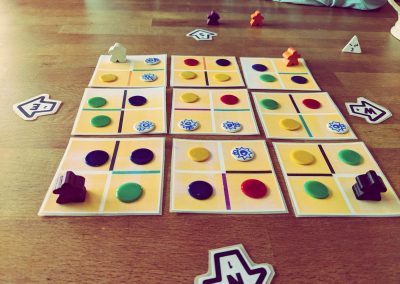 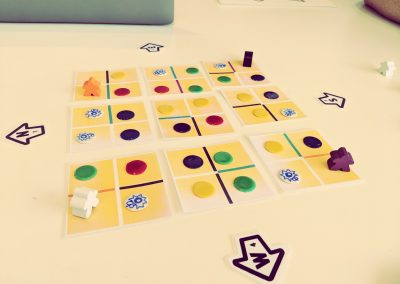