Games to play on a train or plane 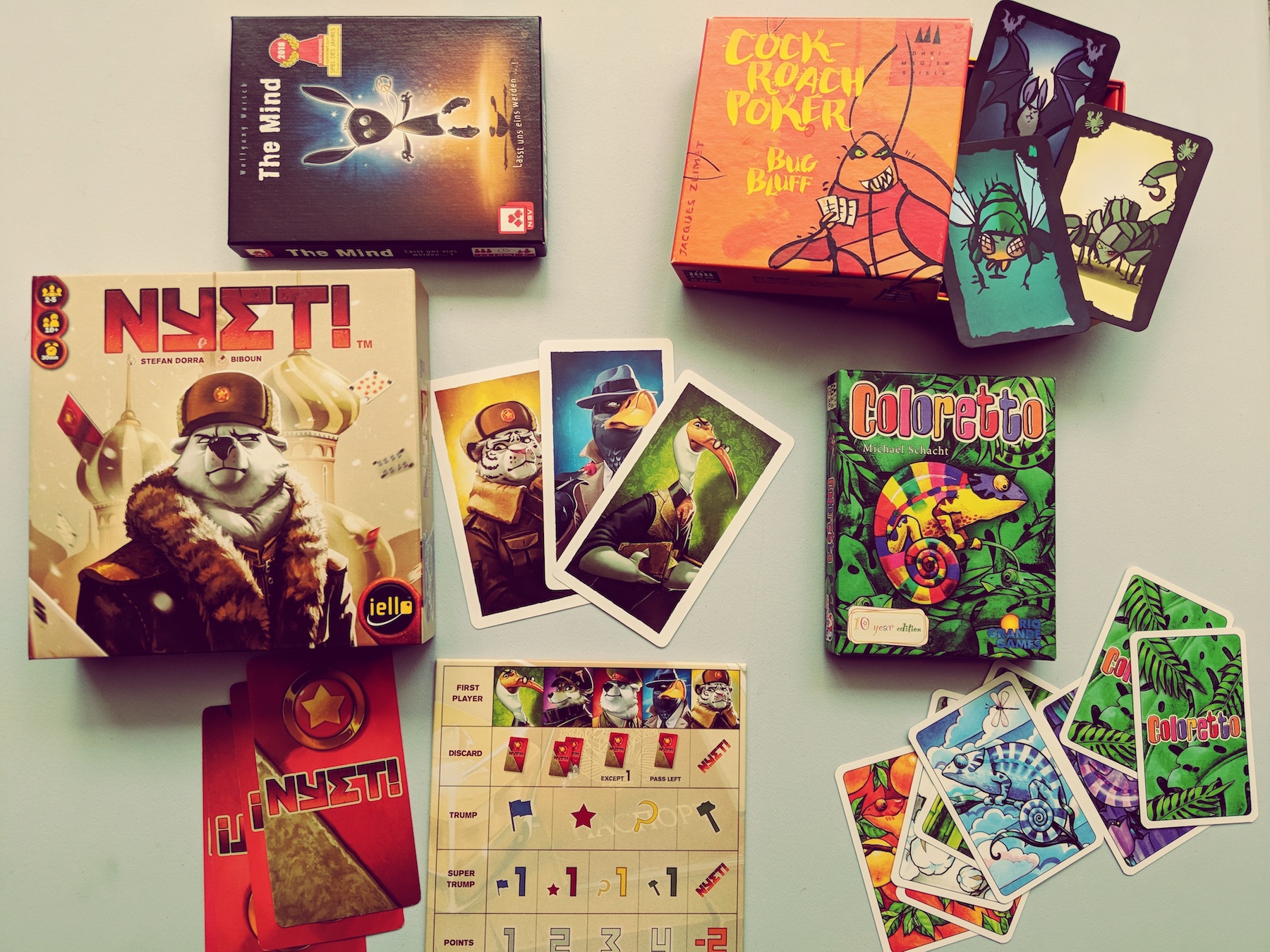 Long distance travel is a perfect time to play games. You’re all stuck in the same place and it can be dull. What better way to while the time away than with a few games. But the table space is limited, the seating arrangements are fixed and the journey can be bumpy, so what games work well in these conditions? Here’s a few ideas for you.

So there you have it, games to while away the travelling hours. Just make sure that you don’t get so carried away that you miss your train station.