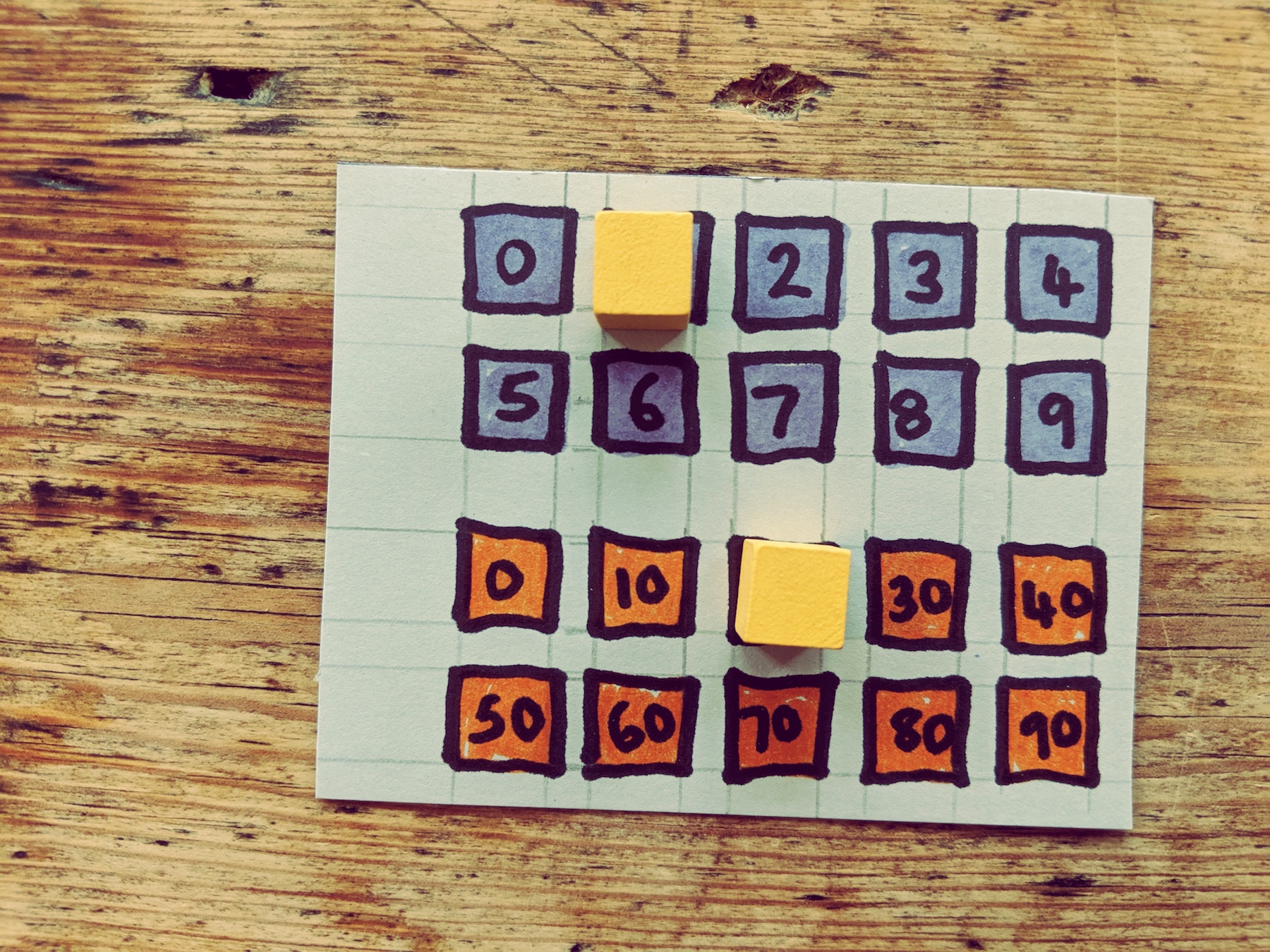 This week I’ve been working on a new card game where players act as custodial managers in a prison, each controlling their own wing. Prisoners are represented by square cards, each of the four edges displaying numbers 1-4, which relate to the amount of sentence remaining to serve. Some prisoners can’t easily mix with others and should be kept in separate cells and work spaces. Players must keep improving their prison while juggling prisoners and dealing with sometimes ineffectual prison officers. The aim is to release as many prisoners as possible and avoid riots and extra time inside. The basic card mechanic is established and worked well in individual playtesting, but how the different kinds of prisoners mix needs some adjustments. They’ll be further work on Clink on the Brink in the next week or so, before it goes to the London playtesters.

I’ve been working on a small tracking mechanism for tin box games. The simple tens and units score card works well and is economic on space. Even better, the new resource cubes fit perfectly allowing scores of 0 to 99 in any game.  This is likely to appear in many of The Dark Imp small games.

On Friday I took Throw Down Your Coats to the London Playtest group, complete with newly improved player boards. It was brutal but brilliantly useful. It never ceases to amaze me how the designers can see straight through to the best and worst bits of game design. This was a case in point. This game is overly complicated and the economy is essentially flawed. BUT there is a great movement mechanism that lends itself to some really interesting decisions on the board. The advice was to bin most of the detail and focus on the stuff that makes the game interesting and fun – the movement and interaction on the board. Good advice. Roll on version 6.

Clink on the Brink (version 1) 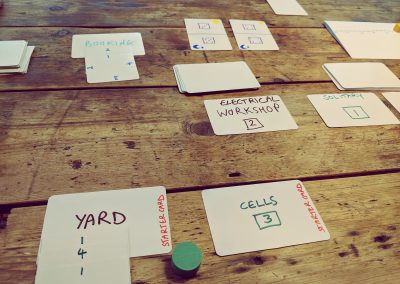 Clink on the Brink (version 1) 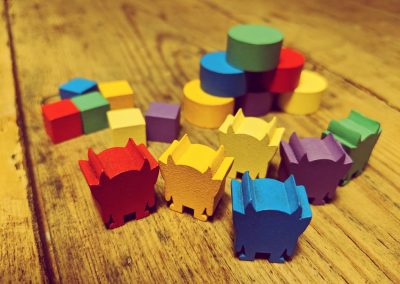 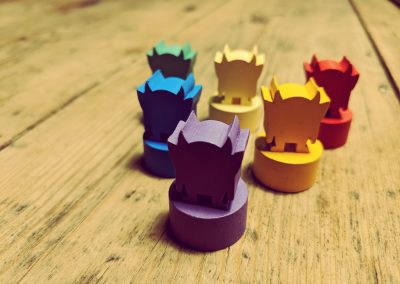 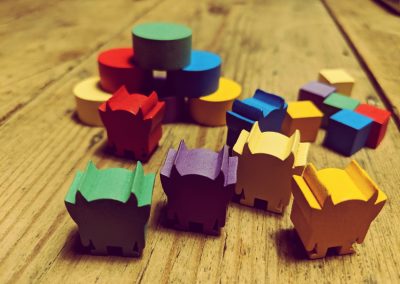 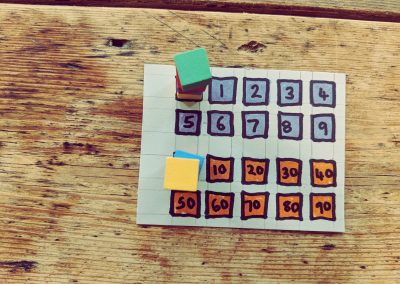 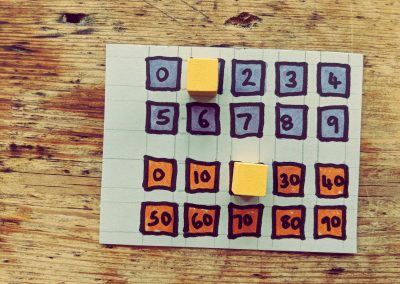 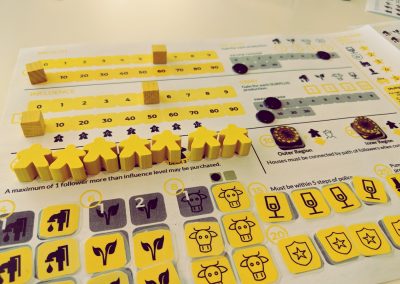 New player board for Throw Down Your Coats 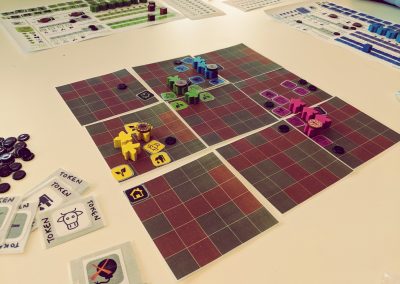 Throw Down Your Coats (version 5) 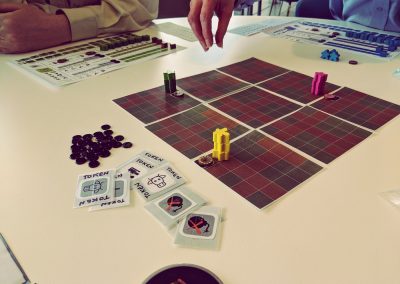 Throw Down Your Coats starting positions