Throw Down Your Coats has been the main focus of attention this week. After last week’s (brutal) comments from playtesters, it needed a complete overhaul – and that’s what it got. The economy has been completely stripped out. Players can now only build houses and monuments, which come from a personal limited supply. When one player has placed the last of their monuments, the game ends. Monuments (the cubes with stars on in the pictures) are the method by which players gain victory points. A monument must be placed on a tile where the player AND another player already have built houses. The value of the monument is related to how many houses are on the same tile. When a player builds a house, he gains influence points, depending on the number and type of other buildings already on the tile. Gaining influence brings more followers to throw down their coats. Players need followers to throw their coats down for the lord (a button) to walk on. A lord can’t get his feet dirty on a muddy path! The more followers a player has, the further he can move his lord and the easier it is to construct buildings in different places. Best still, if your opponents leave their followers in places you can reach, your lord can walk on their coats too.

It is like a different game. By focusing on the bits of the game that were fun and interesting, the movement around the board and the interaction between players, the game has become a push and pull dance between blocking others from entering tiles and building houses to lure them in, thereby increasing your own scores. The feedback was good and whilst there are a few tweaks that need to be made – to make the corner tiles more attractive and to open up the possibility of scoring bonus points – these are minor compared to the full makeover the game received this week. I can’t wait to get this game in front of some families, despite the fact that I myself lost terribly!

I’ve created a simple card game, Catch a Falling Star, and it’s seen its first playtests this week. In the game, players use their personal bidding cards to bid for face up star cards in the middle. Each card has a number of shapes in a certain colour. So one card may show three red circles, while another may show two yellow diamonds. In turn, players place one card face down and one card face up next to one or more star cards. All players can see half of the cards that have been placed. When 16 cards have been played, all the piles are revealed and the player with the highest score in each pile wins the corresponding card. Players also have a ‘Reverse’ card that they can play instead of a bet. This changes the winning requirement so that the player with the lowest bid wins the card. Over three rounds players aim to win star cards that will form sets of the same colour, same shape or same number. The playtest went well. It’s a short game, so we were able to modify and adjust rules as we went through. Limited information is available, but with some canny logical deduction, a good memory and a whiff of luck, players can play tactically to win the cards they need and prevent others from gaining sets.

My son Alfie, who has now finished his GCSEs and is available for a summer of games has been playtesting this week. He played both Throw Down Your Coats and Catch a Falling Star, but when I got Clink on the Brink out and started to explain it, he said that he hated the theme and that it sounded too similar to another game we played recently. Instead of being a prison warden controlling a prison wing and trying to stop riots breaking out, he would rather be a prisoner, trying to stay below the radar and out of trouble. He didn’t even want to play. If a theme alone can cause that much problem, it needs a rethink! I’m mulling over an idea based on staying out of trouble as a prisoner. The game may be called Underdog. Watch this space. 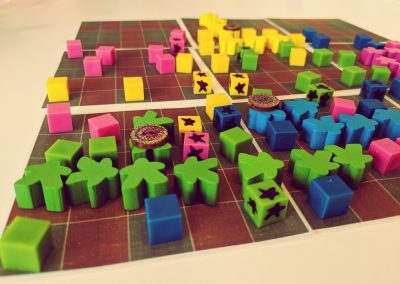 Throw Down Your Coats 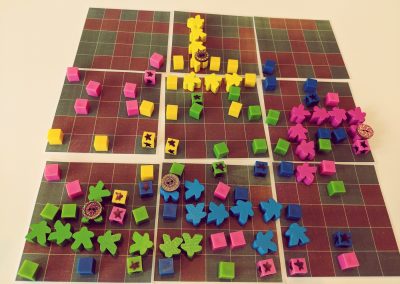 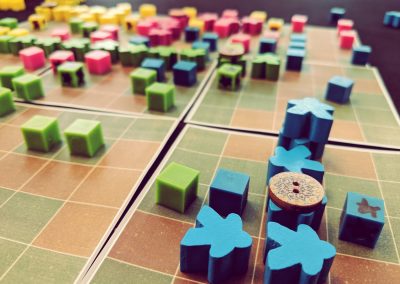 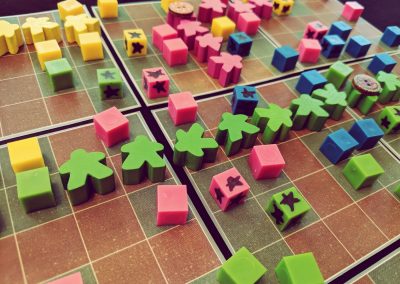 A line of green coats 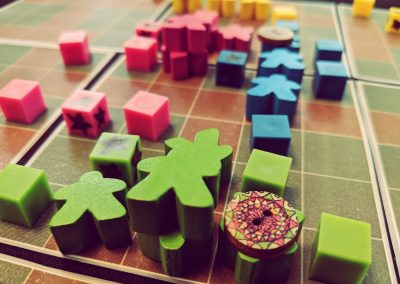 Green gets another coat 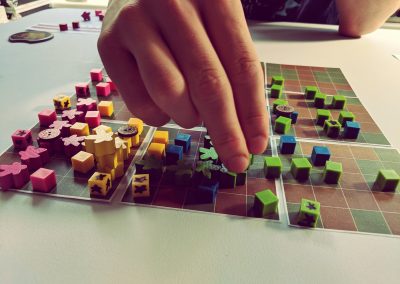 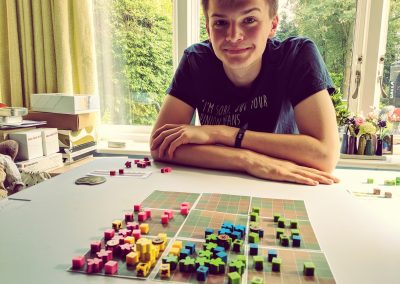 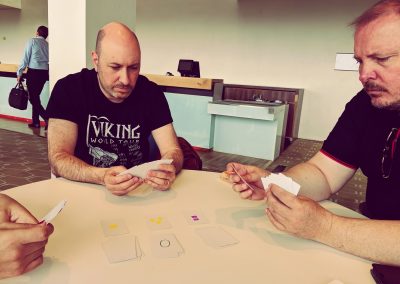 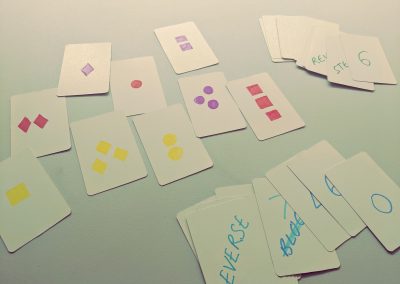 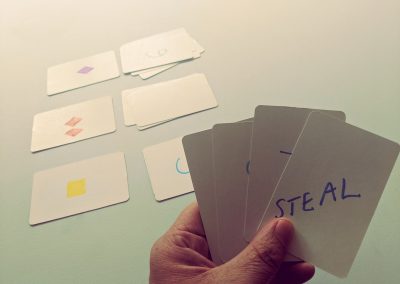 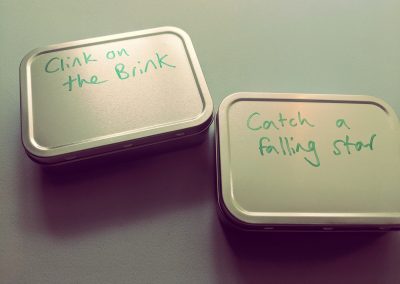