Playtesting has taken a complete back seat this week as I’ve spent some time visiting a dear friend and her toddler. The time I have spent working on game development has been mainly taken up with communicating with manufacturers about sample game components and totally re-organising the office to make space for said components. But I have managed to update Throw Down Your Coats, now in version 7 and Catch a Falling Star, now in version 3.

Throw Down Your Coats has new player boards, with scoring aids on them and larger tiles, which should help with the fiddly-ness of moving components. Some of the tiles now have special squares on them. The tiles with white houses give players an ‘neutral’ house on home tiles, which encourages them to build houses and monuments on these home tiles from the start of the game. The tiles with a black star give players who build a monument in these spaces an extra victory point.

Catch a Falling Star has been given upgraded from scribbled cards to printed and sleeved cards. The number of cards players play in each round and a tweak in the way the starting player plays has also changed. 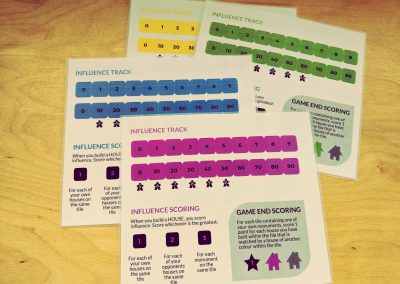 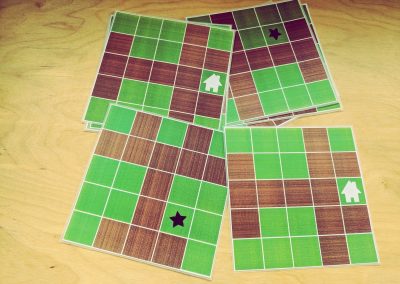 New Throw Down Your Coats tiles 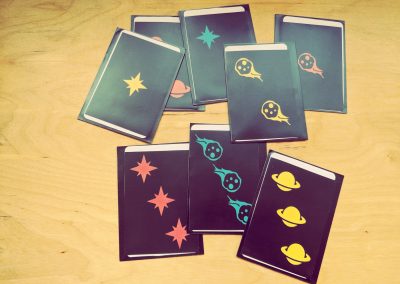 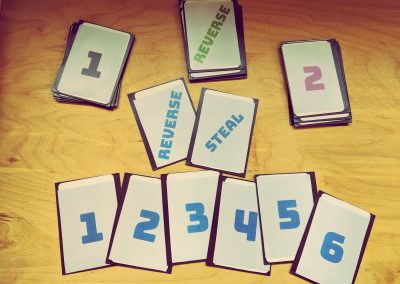