The Great Cards of Britain

One of the board games we played a lot as children was The Great Game of Britain. At the start of the game, players are dealt a certain number of destination cards, some indicating places close to London, others further away. During the game, players travel on the railways, attempt to visit all the destinations on their cards and return to London before the other players. Making players’ journeys less predictable are train signals – which block the lines preventing players from moving past, and diversion cards – which cause all sorts of issues by sending the active player or opponents to different parts of the country or prevent them from moving.

Despite its name, this isn’t a great game. It is so hard to make plans you can stick to because you are powerless against random draws of cards and rolls of the dice. It is possible for everyone to gang up on one other player, causing a mess of frustration. There aren’t many choices to be made. Nobody is really master of their own destiny. However, we played it a lot. We had fewer games to choose from then, but we also enjoyed it… Well, until the inevitable victimisation and subsequent screaming fit. But the game has limited replayability. There are comparatively few diversion cards and many of them merely say “Move one train signal”. One much-hated card reads, “You long to see a leprechaun, go to Waterford.”  Another says, “Sheepdog Trials in Perth. All the players collect there to watch.” The thing is, it would always be the same – Waterford, Perth… knowing these cards were in the pack and would doubtless all show up at some point, players could leave destinations close by to almost certainly tick off the list when diverted.

Though I remember it happening when we were children, now having studied the evidence, it is clear we were in our 20s when my sister, Susie, and I decided to make our own set of Diversion Cards to make the game more interesting.

We added cards relevant to our own lives…

…cards relevant to the time…

…cards that play off the original cards…

Susie still has the original version of the game – with our homemade ‘cards’ (pieces of paper) still in it. In fact, Susie’s family played with these cards only last week. Whilst our cards weren’t any better than the originals – objectively at least – there is something delightful about playing with a game that you’ve customised yourselves. Creating your own cards for a game you own is a great first step towards game design. So get creative and tackle an old favourite. 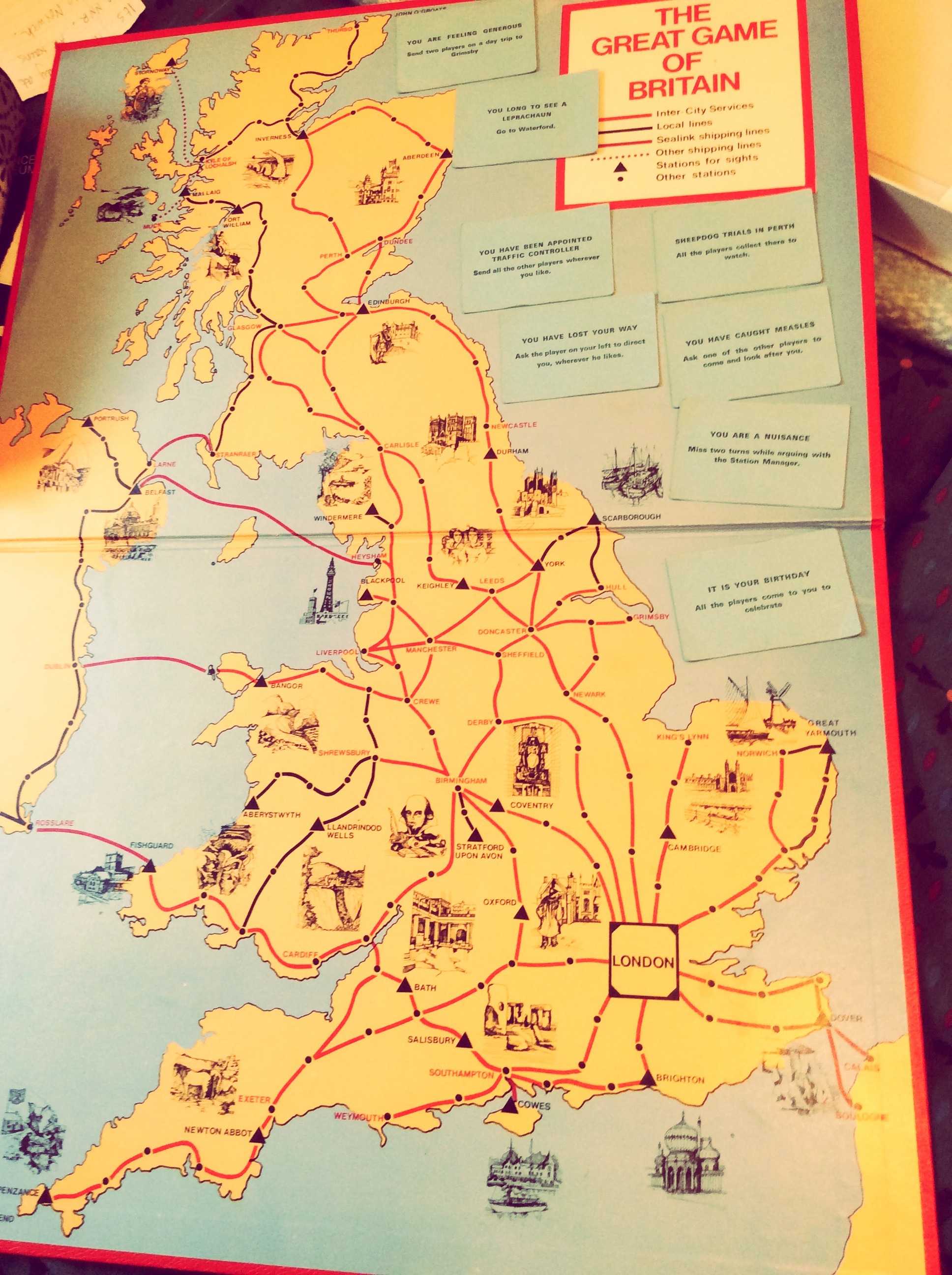