This week my (board game) family and I are on holiday in Norway. I’ve had very limited access to game design resources, so I’ve had to make do with the kit I’ve brought – blank playing cards, paper, dice, cubes, disks and imp meeples – and a little creativity.

I spent quite a lot of time trying to have a break-through with my game about the Black Death. The idea is that each card represents a member of the community, a villager. The disease travels round on rats (well, really on fleas on rats), represented by coloured cubes, and infects people in huts, one at a time. Each villager has an importance rating (blue) and a susceptibility rating (pink). The higher the susceptibility, the more likely they are to catch the Black Death. Players have to move the villagers and create rat-proof barriers to save as many people as possible (ideally the more important ones as they are worth more points). The movement of the rats has been problematic. I experimented with spinning cards that direct the rats, with standard movement that makes the rats move everywhere possible and with movement decided by an external factor (a dice throw controlling the direction). I’ve eventually decided that all these are unsatisfactory. I’m now thinking about modifying the game so that one player controls the villagers and the other controls the disease. More pondering needed.

A new game has come into fruition this week – Count Your Chickens. The idea is that players compete to create the most valuable poultry collection, but they don’t know whether chickens are more valuable than turkeys or if roosters are more valuable than both. The values of the birds are different each time and decided by a series of hidden rules. Players must choose whether to ‘spend’ poultry to look at rules or whether to focus on growing their collection. Players who avoid looking at all the rules may find they are penalised by negative points! In early playtesting, this week, we’ve used coloured paper instead of poultry. It was fiddly and needs some work, but demonstrated that the concept is strong. I’m looking forward to getting back to the printer and my box of resources to make this game a bit more user-friendly for testing. 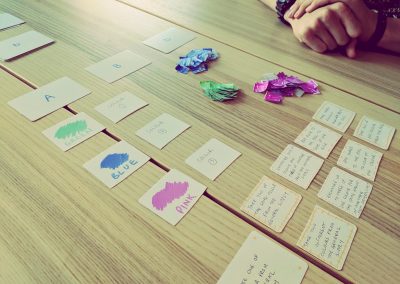 Stacks of coloured paper instead of poultry 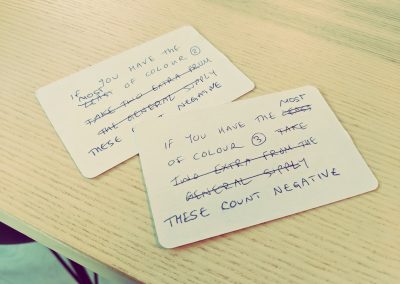 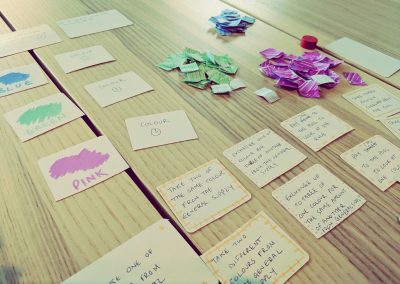 Count Your Chickens (before there are any chickens) 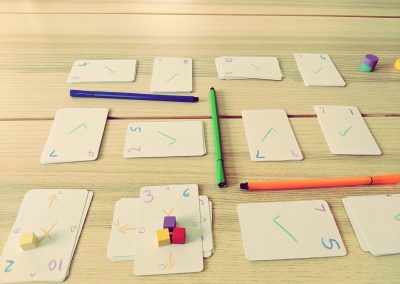 Village divided into two halves for the two players to control 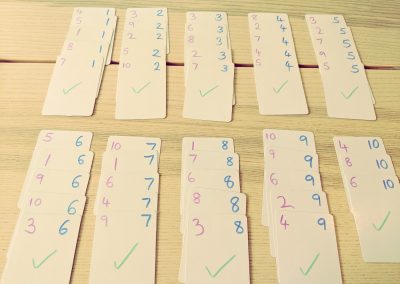 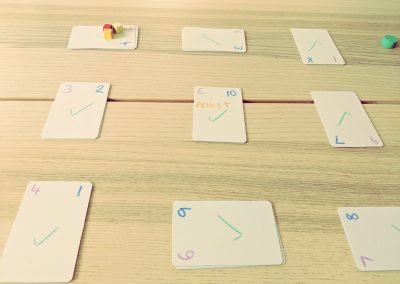 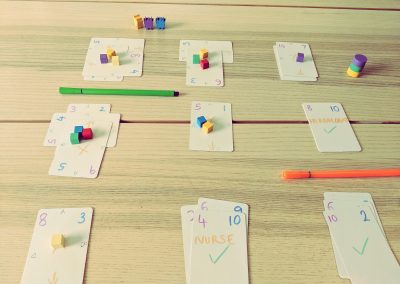 The rats on the move