This has been a week of travelling. 5 different beds in 7 days and very little time to playtest games, so game design activities have been limited to creating prototype versions of card sets and having discussions about game tweaks as we travel.

After my son, Alfie’s, cutting remarks about my prison game Clink on the Brink, I’ve recruited him to co-design a game set in prison, from the point of view of the inmates. We’ve named it Stand By Your Beds. This game is in no way designed to be a realistic depiction of life inside, in fact, quite the opposite. The game revolves around players trying to sneak contraband into their cell to increase their reputation while avoiding being caught and seeing their sentence increase. Players have to balance the risk and the potential reward by deciding which items to try to get past the guards and which to pass off to other players. There’s an opportunity for players to turn snitch to reduce their time, but they’ll suffer reputational damage, which could make life hard. The winner is the first player to be released.

For my early prototypes, I use the online design tool Piktochart. It is superbly easy to use and allows me to create workable cards, tiles and game boards really quickly. This week I’ve been working on cards for Stand By Your Beds and another new game, also in its first version, Count Your Chickens. I spent 3 of the 36 hours I spent at home this week, printing, cutting and laminating the cards, so we can actually play the games in the forthcoming days.

I’m now on a big family holiday in beautiful Wales with my parents, siblings and all of the kids. There are 25 of us in total ranging in age from 11 to 81. I’ve got lots of playtesting sessions planned! 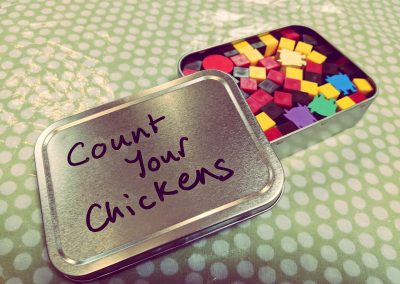 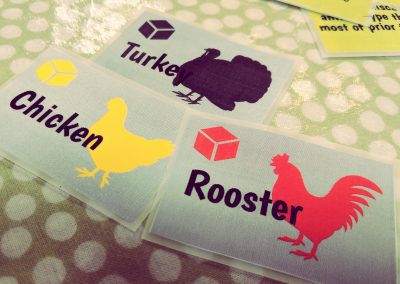 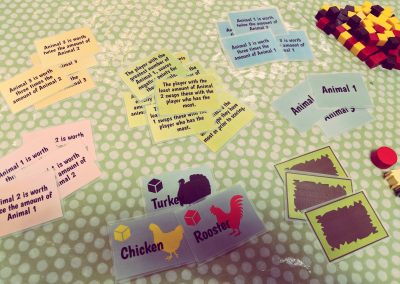 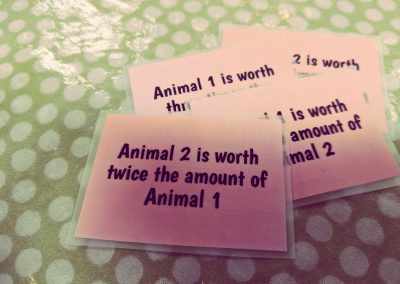 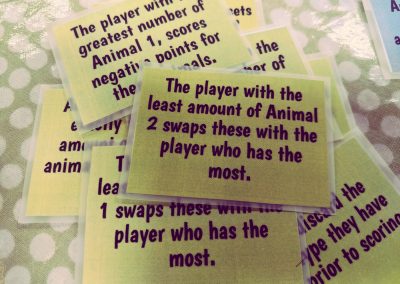 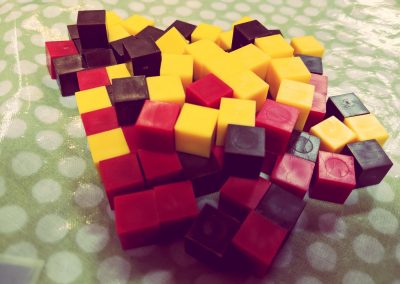 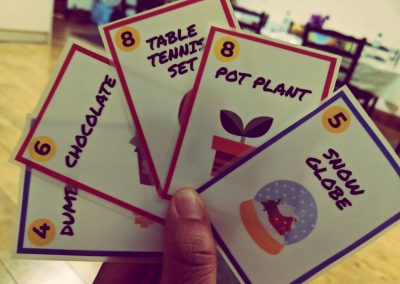 Stand By Your Beds