We’ve spent a glorious week in Wales as a whole family – celebrating notable birthdays, eating lots of cake, spending hours in the pool, walking down rivers and, of course, playing board games. At quieter moments I managed to grab different family members to test out a few Dark Imp games.

Count Your Chickens has had several playtests at different player counts and with different ages. The game is working well, but the number of available poultry needs careful manipulation to make sure that the game doesn’t go on too long. Ideally each player will have discovered some of the secret information, but not all before the game ends. Players should need to observe the behaviour of other players to make predictions about information they don’t have. The game-end has been adjusted and there were some great suggestions about how to control what others can see.

Version 8 of Doughnut Dash went down well with a bunch of my nieces and nephews (aged 14 to 20). The latest version includes simultaneous action selection – each player chooses the direction their doughnut thieves will move at the same time. Then on their turn, they move both thieves this pre-selected way. The kids loved the theme and really enjoyed trying to navigate the crazy movement within the doughnut factory. We added a couple of new rules about movement on infinite loops, which actually will give the players who get stuck in this situation an advantage for their next turn. When the game ended, they wanted to fire a new one up immediately – that’s good feedback.

Dad wanted to do some playtesting but requested a game that is easy to learn – I selected Rainbow Throw Pro, which I feel is quite straightforward but does rely on a good visual/spacial awareness. As a result of teaching the game and the subsequent discussion, I will be including some pointers in the “How to Play” videos, which will help get new players comfortable with the rules and started quickly with Dark Imp games.

It was a great week. Now I need a week’s holiday to recover! 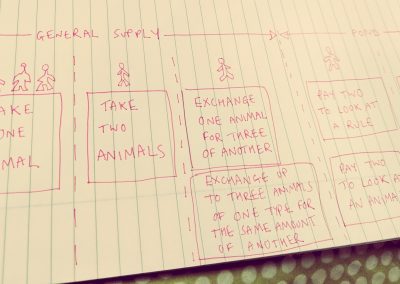 Count Your Chickens Action Selection Board 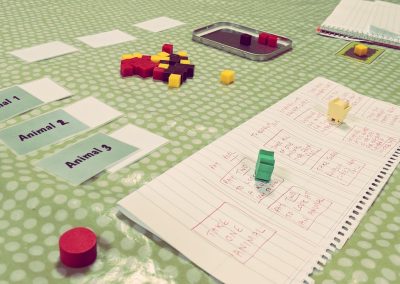 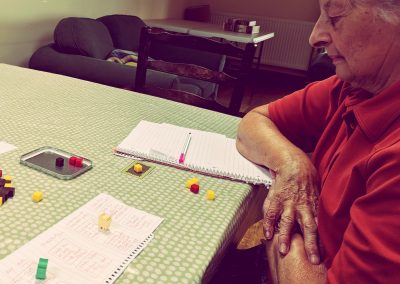 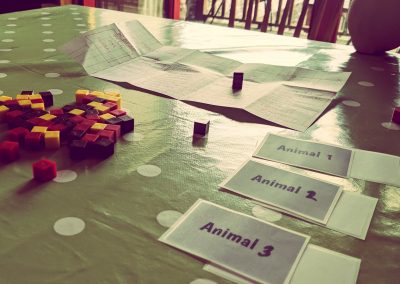 Which animal is which? 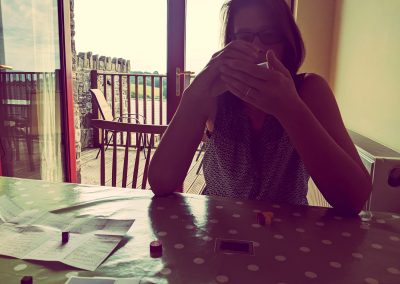 Sneaking a peak at a rule 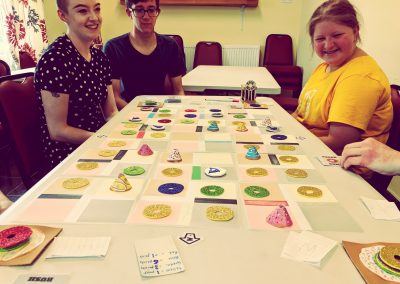 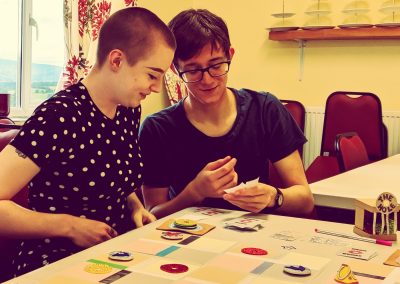 Playing as a pair – plotting next moves 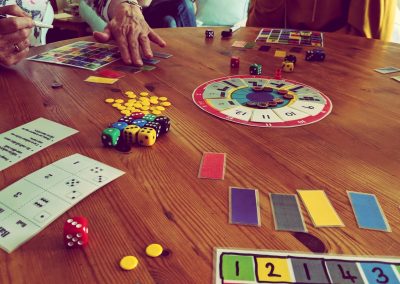