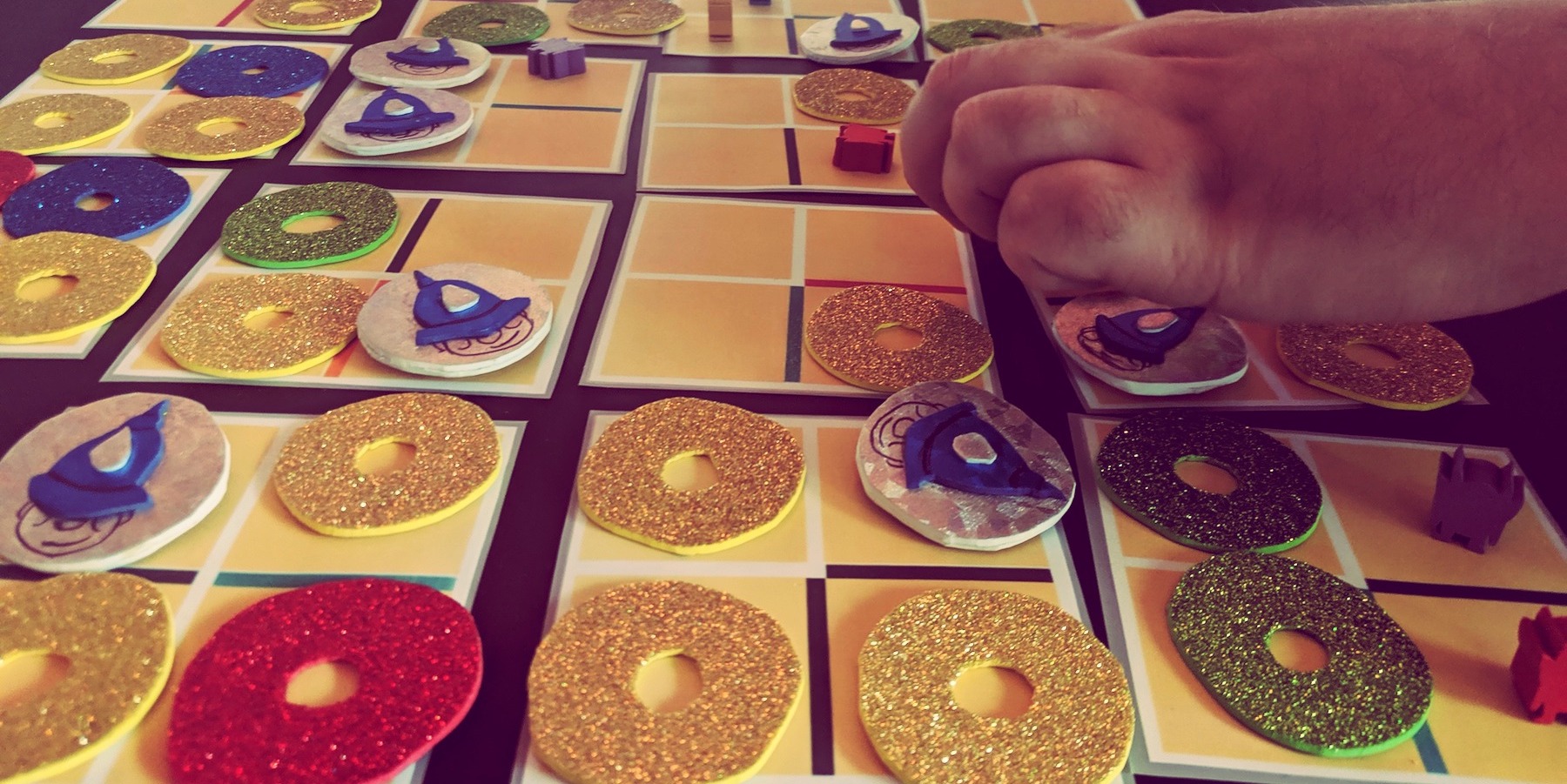 Doughnut Dash (version 8) made its way to the London playtesters this week. The response was very positive, which was lovely. Again – the theme, the movement and the stacking of doughnuts were all thought to be strengths. The only real negative was the policemen. Players can make policemen chase other people and steal their doughnuts. Policemen can also be persuaded to eat and therefore get rid of the dastardly ketchup doughnuts, but despite this, players still always instinctively avoid them. They are an annoyance to players, rather than an interesting mechanic. So they’ll have to go! Version 9 will be a police-free zone.

Count Your Chickens (version 3) also got some table-time with the London playtesters. The basic concepts of the game are solid, but there is some work to be done here. Some crucial scoring information is hidden and I want players to feel the need to discover the information – rather than just playing blindly. Or at least, I don’t want ignoring all the hidden rules to be a winning strategy! We paused the playtest several times to change the cost of finding out information – to make it more desirable to discover the hidden rules and I’m getting closer.  More player interaction is needed. We discussed the possibility of players each holding a rule which others could pay to look at. I think this might work. The other issue is executing the mathematical calculations at the end of the game. This was met with very steely responses from the playtesters – so a more intuitive, straightforward scoring method needs to be devised. Version 4 will step up the competition between these poultry-loving neighbours.. with less maths. 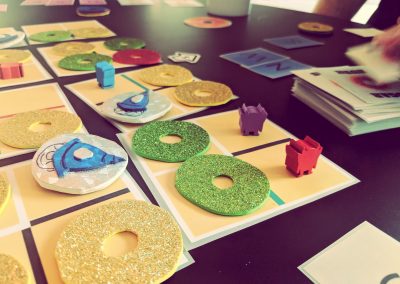 Near the pistachio doughnuts 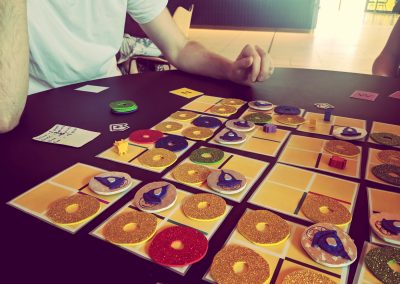 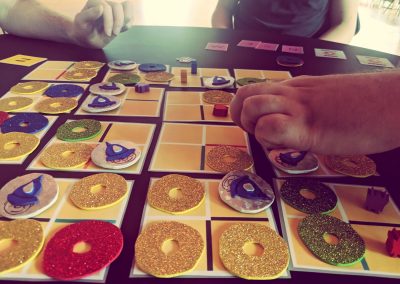 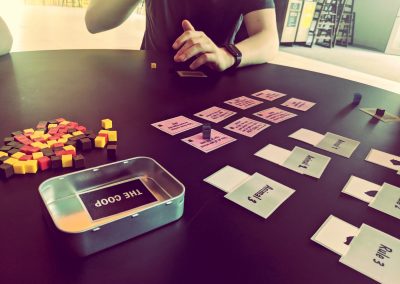 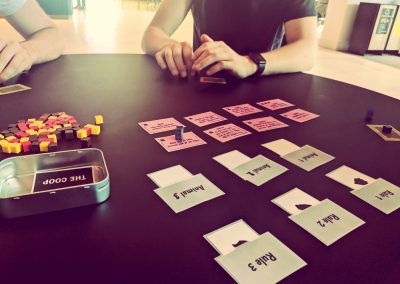