The Art of Distraction: 6 sneaky ways to get teens to the table

Asking a teen or tween if they want to play a board game, doesn’t always get the desired reaction. You know that they’ll have fun and enjoy doing something different, but they don’t know that. With some children, just the fact that you are asking them to do something is enough to elicit a negative response. Sometimes instead of asking our children if they want to play a game, the best way is to just distract them into it.

Share your successes at teenage distraction in the comments below or on Twitter (@DarkImpGames) as @nurseswift has done. 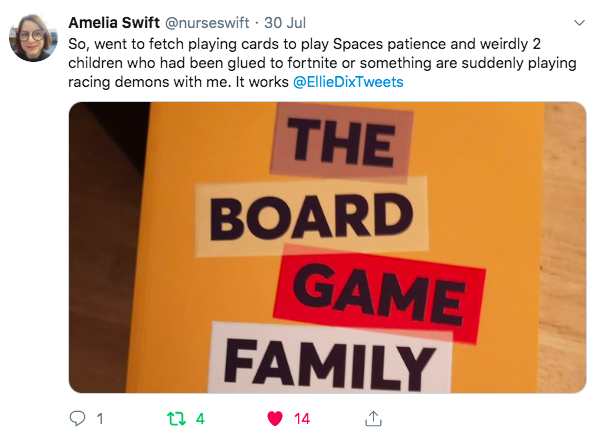