It’s been a fabulous week for playtesting. My niece, Emily, has been on work experience with me all week – assisting with game design, video editing and manufacture of components – but also crucially playtesting. Every day we’ve had a different game on the table. Picking through different versions, making small (and sometimes big) adjustments.

Doughnut Dash, now in it’s 9th version is a winner. The policemen are out… and new rainbow doughnuts are in. We tested lots of different potential rainbow effects – hopping over people and sliding into adjacent spots before deciding on tile rotating powers, which cause major shenanigans. Rainbow doughnuts will also give players a set-collection bonus. The fewer you have, the less they are worth. If you only manage to collect one rainbow doughnut, it will be worth negative points.  At the end of the last playtest with the London Playtest UK group, an idea for another special doughnut was voiced – a doughnut that takes the value of the doughnut below it in the stack. This is a marvellous idea and now needs incorporating into what will be the final iteration – Version 10.

Count Your Chickens, version 4, has had a lot of table time as well. Rules are now allocated to each player. These can be swapped with rules in the centre of the table or players can pay others to look at their rules. The cost of gathering information is now well balanced. So there are now some really tough choices between gathering information and increasing your flock. The game is running slightly too long, so fewer birds are needed in the market, but this is a small tweak.

A new letter/word game was created this week. It’s a sort of “Flip and Write” game, where you flip cards over and use information from the cards in your own personal game sheet. This game – which is as yet unnamed, involves flipping over cards with letters on them and different coloured backs. There are three games on each game sheet. The colour of the back of the flipped card indicates which game the letter can be added to. Players must use two of the three letters. The aim of each game is to make words out of the letters that come up. Version 1 was WAY too hard. It was so complicated that I switched off half way through and then abandoned the playtest. Version 2, a far simpler version worked fine, but doesn’t feel very interesting. I need to give this some serious thought before progressing further with it. 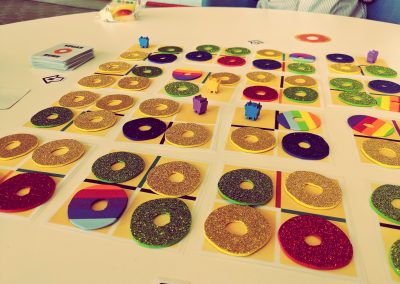 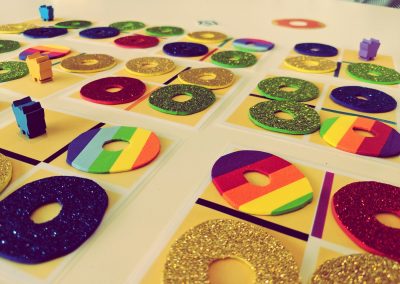 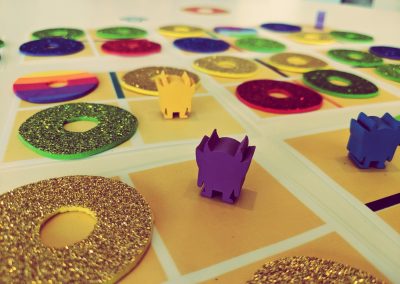 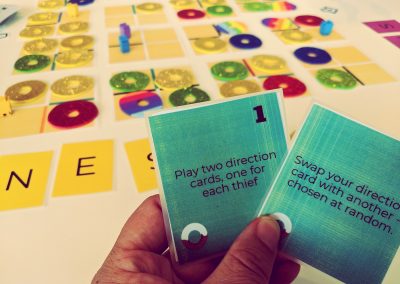 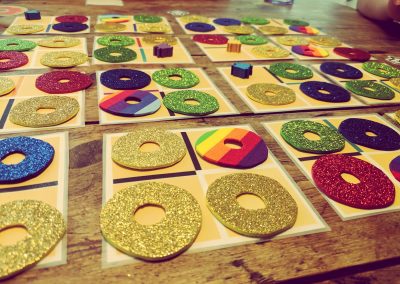 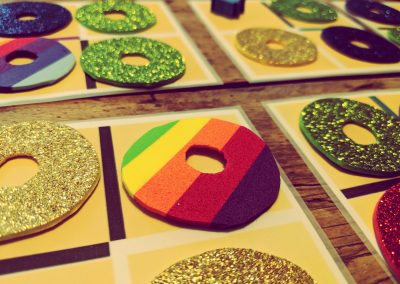 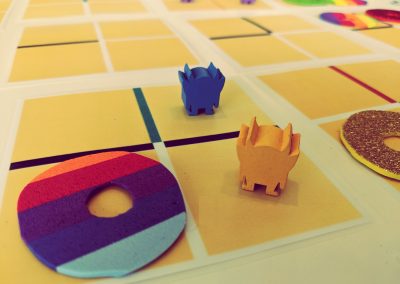 The board almost empty… 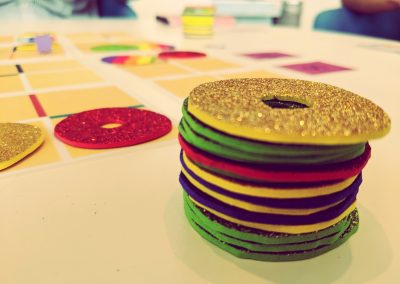 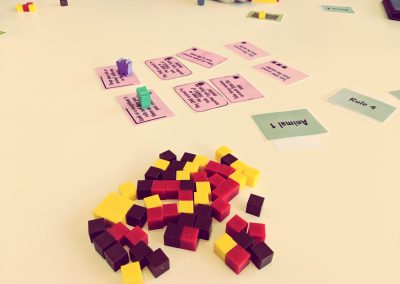 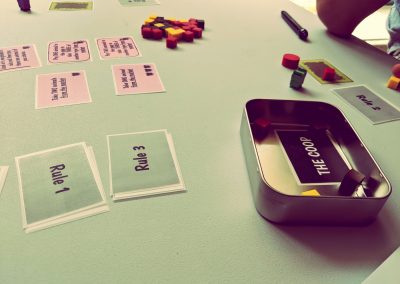 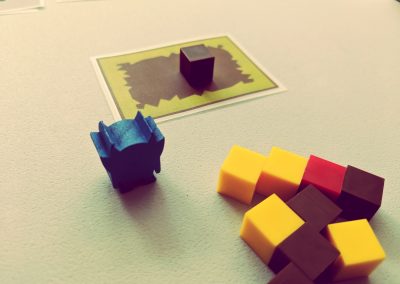 Turkey in the Show Pen 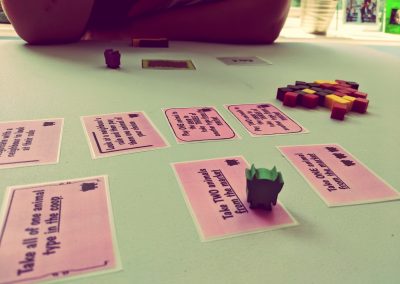 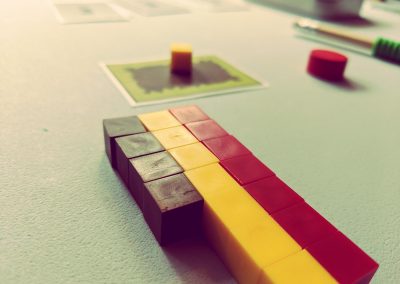 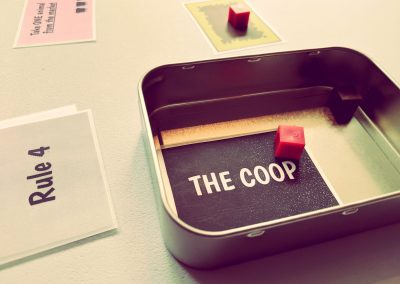 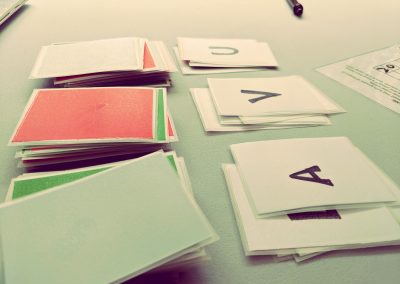 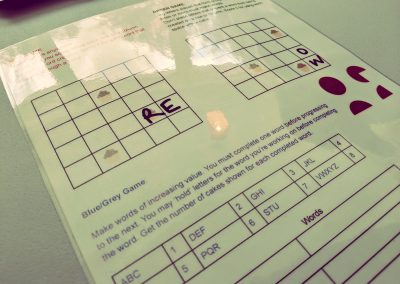 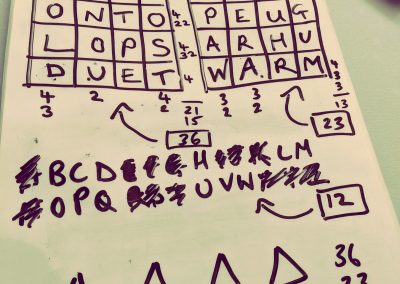 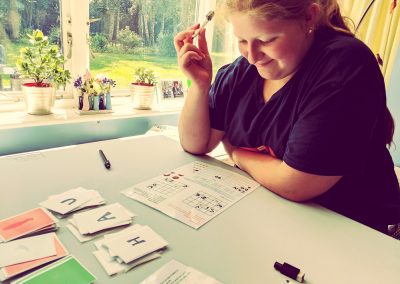 Auntie Ellie, this is difficult! 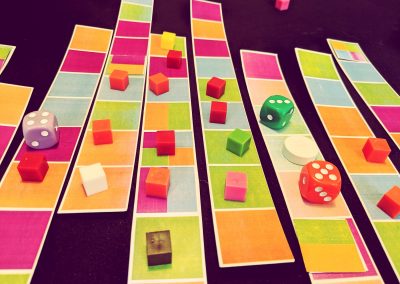 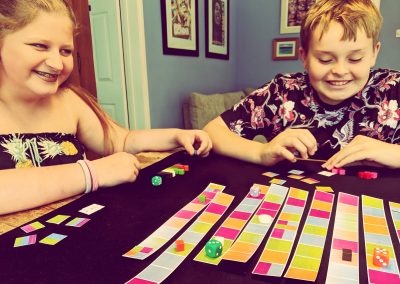 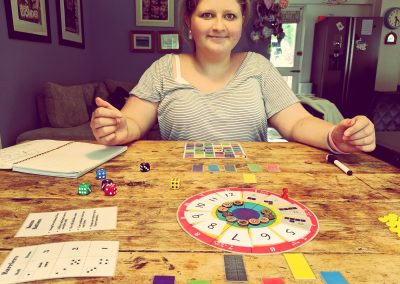