I finally created enough contraband cards to test Stand By Your Beds, a game about smuggling forbidden items into your boarding school bedroom. After a solo-playtest I made a tweak to improve the theming. Previously, the teachers would conduct dormitory inspections where they would ignore all items in the room, except anything under the bed. Putting items under the bed to smuggle them in felt like a bit of an awkward mechanic – surely you’d put them anywhere else other than in the one place they’d look. So now the inspection is at the school gate and the game has been renamed The Gatekeeper. Six times a term, pupils are allowed to visit the local town. When they return, they are inspected at the gate. If the contraband is discovered, it’s confiscated and a penalty may be given. If it is successfully smuggled through, it makes it into the pupil’s bedroom. There are no bedroom inspections. This new version was played with the London Playtest UK group. It went down well with the absurdity of the items being smuggled a big hit. Playtesters also liked the dice-rolling inspection mechanism and the ability to hide stuff in the woods to return to later. A few more improvements are needed – especially to the bonus tokens and the graphics explaining the effects that certain cards have. But all in all it was a pretty successful first outing.

The game that was previously called Catch a Falling Star has been reincarnated as Cake Pit. It’s a bidding game where players vie for different cakes to add to their multi-tiered masterpiece. Currently, players have to grab a base layer to be able to score any other layers at all, but this resulted in two players in one playtest scoring zero, and being moderately unhappy. So I need to find a way to allow all player to score their cakes, whilst still increasing competition for some elements. On the upside, everyone loved the bidding and the theme was a big hit.

I’ve again been experimenting with the imp cards and have created another game using these this week. Well, I say a ‘game’ but it isn’t very successful and I think will have to be abandoned. Players place cards into rows and then when they have at least two imps in a row or column that match the colour or expression of the imp at the top of their scoring pile, they can take the whole row. Upon playing, the rows never build up enough because there isn’t enough of an opportunity cost to taking a row. It felt like there wasn’t enough choice, or the choices weren’t very interesting. Back to the drawing board (again).

Finally, I’m getting Doughnut Dash ready for the artist and graphic designer to do their thing. This involves creating a mocked-up rule book, with all the text and examples of all the images. One of the tasks here is to photograph the prototype components and the complete game set up – to illustrate how these should appear in the rules. Making a rule book good is a protracted and fairly tedious task, but it is made so much better if the initial documents handed over to artist and graphic designer (draft rule book, art brief, graphic design brief, prototype files) are really clear and as close to the final wording as possible. Time well spent. 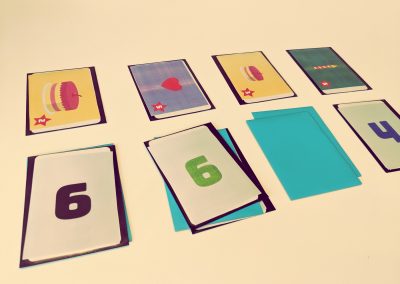 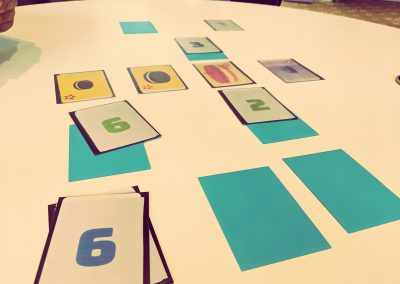 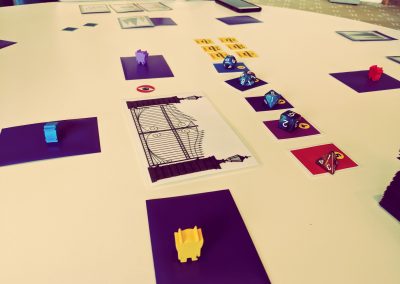 Contraband at the gate

Bringing contraband to the gate 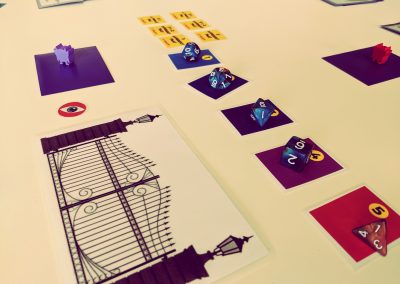 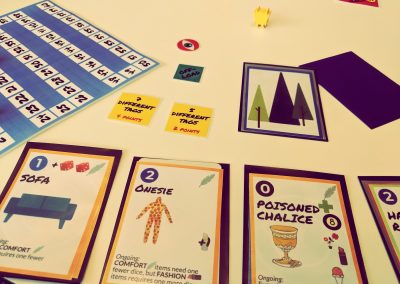 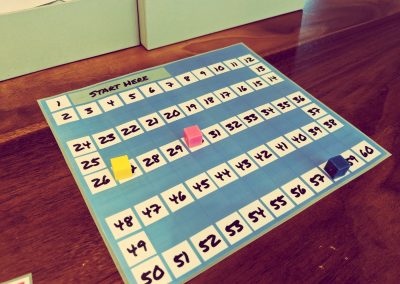 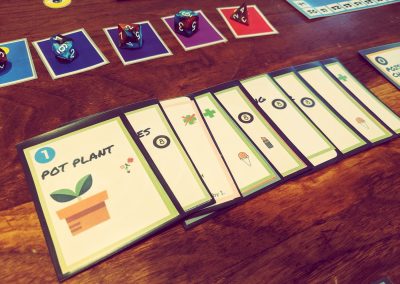 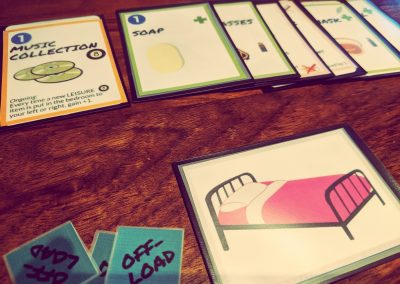 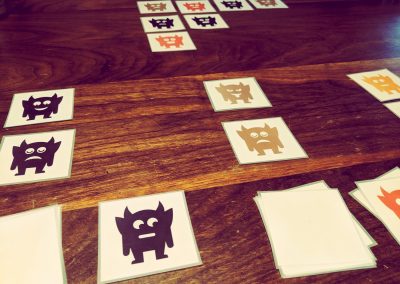 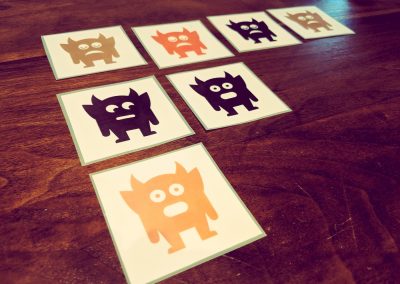 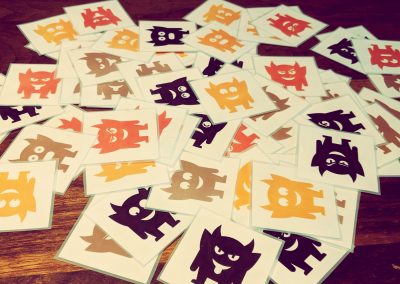 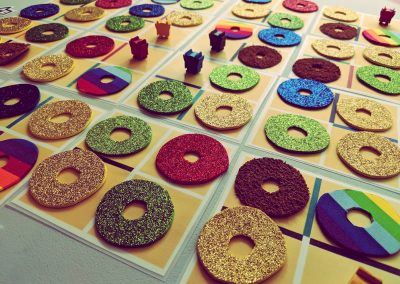 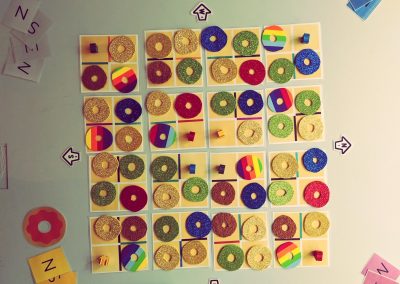 Set up of Doughnut Dash 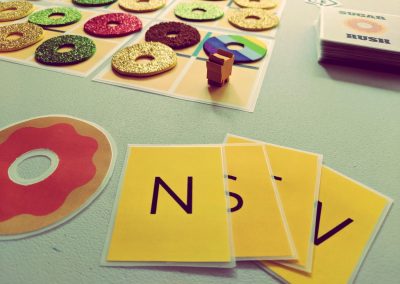 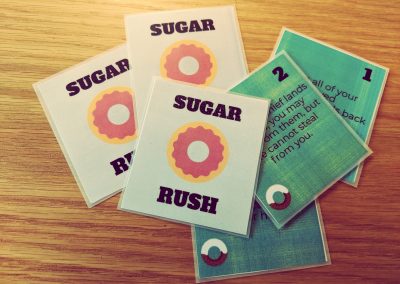 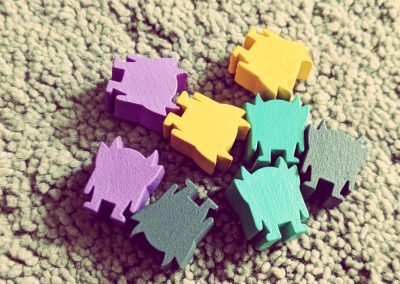