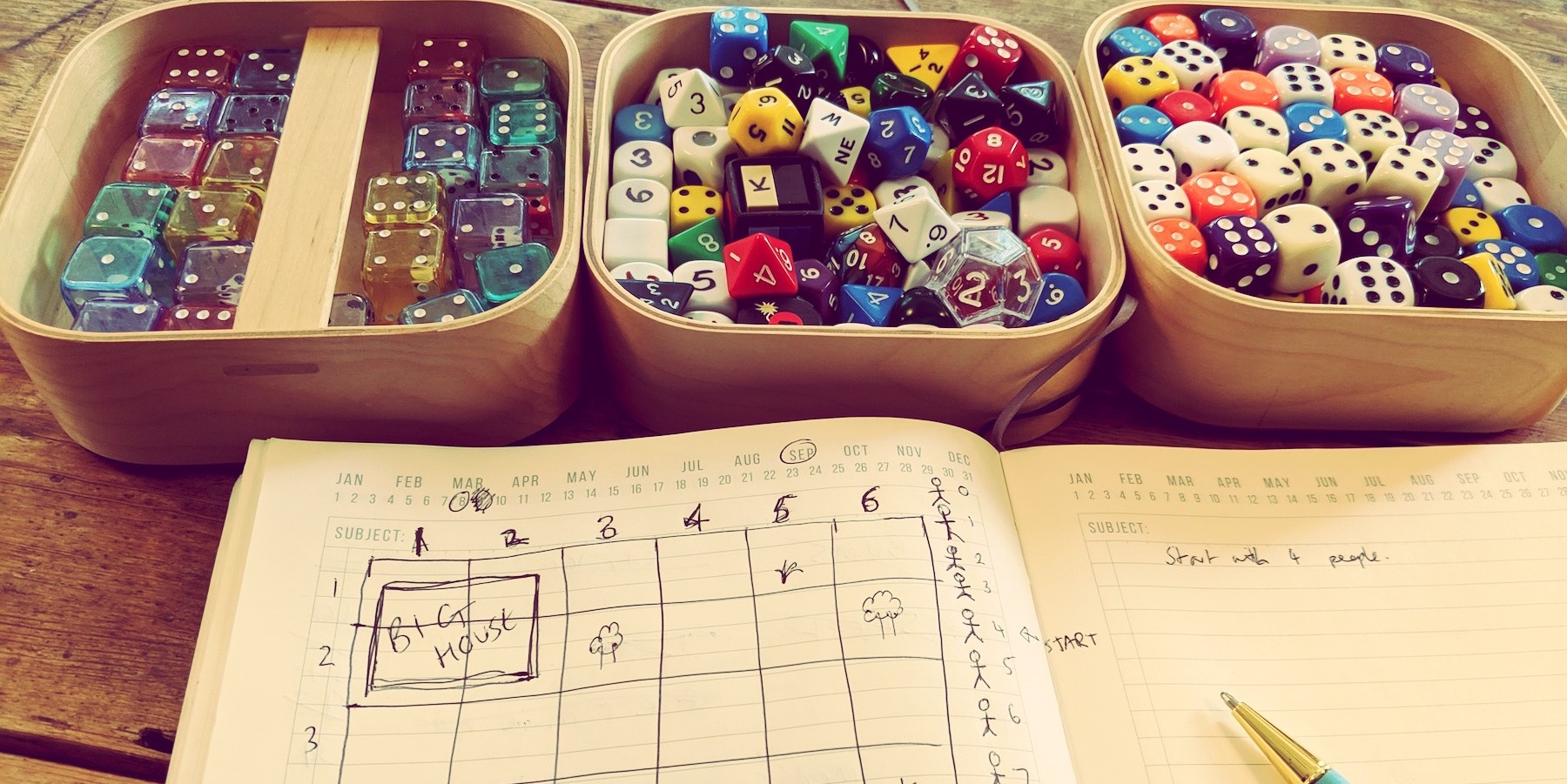 This week has seen tweaks to current games and early development of new ones. Cake Pit – which will be renamed to something equally cakey, but less pitty – had a number of changes. There are now six different types of cake and different sizes can be layered in a haphazard way. Players need to make sure that they don’t put too much weight on top of cake layers or they will collapse. Smaller layers weigh less but can take less weight above them. Pillars provide extra support but give no points. New cakes can be started if cake stands are available for them. The bidding mechanism is unchanged. Playtests revealed that whilst some things are better – the ability to build huge cakes in crazy formations, other things are not – the difficulty of keeping track of weight restrictions and the ugliness of the pillars within cakes. So, a version somewhere in between the previous one and this one, might be what is called for.

There have been changes to the bonuses and the card iconography within The Gatekeeper, the game in which players are pupils trying to smuggle items into their boarding school. It is now easier to see at a glance what powers your cards have and where bonuses can be achieved. The problem is that it isn’t the ‘push your luck’ game that I was aiming for. It is more just luck. There are choices, but not enough to influence your own destiny. So I need to relook at this.

I had another look at Monster Maker, in which players compete to create monsters from the table by shifting a wall of features. Version 4 has some changes, which I tested in a solo playtest, but to me it feels like half a game. After the monsters have been made, I want to be able to use my growing team to complete another objective. Having a reason to make monsters in the first place would force players to make decisions about which monsters they need to make, which would give the game more strategy.

This week, I’ve also done some early work on two new games. A roll & write game based on the black death and a game about travelling around a field catching moles and avoiding holes. More on these in the weeks to come. 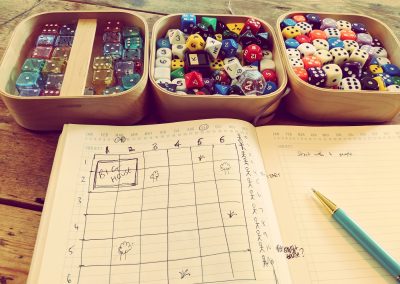 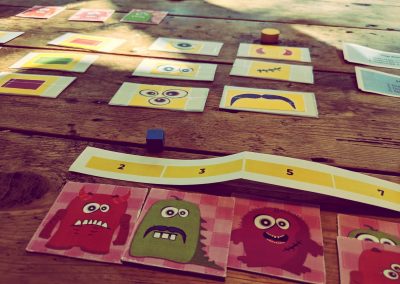 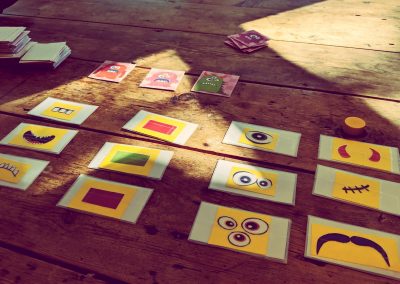 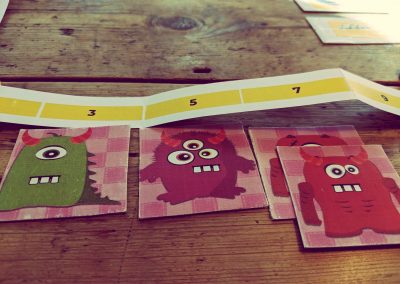 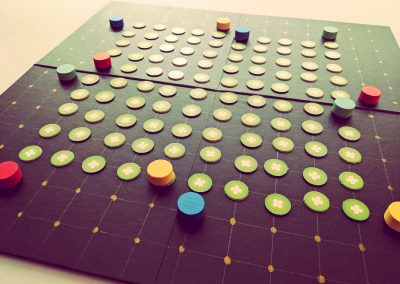 The start of the mole game 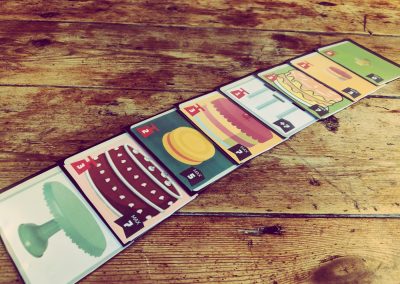 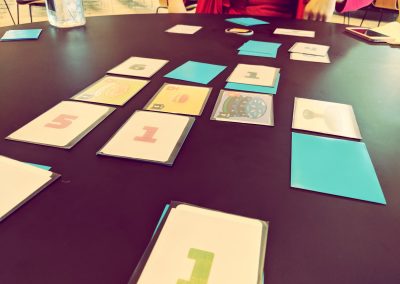 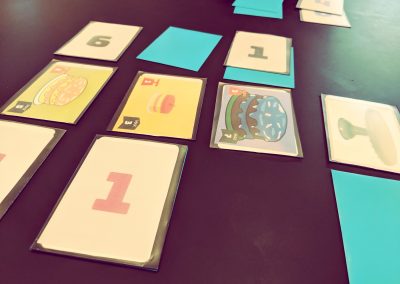 Who will grab each layer? 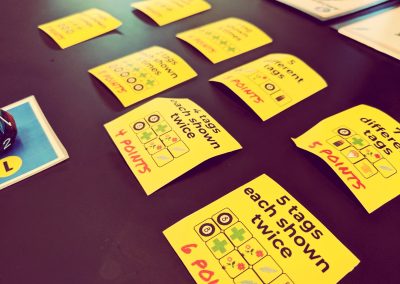 Bonuses for The Gatekeeper 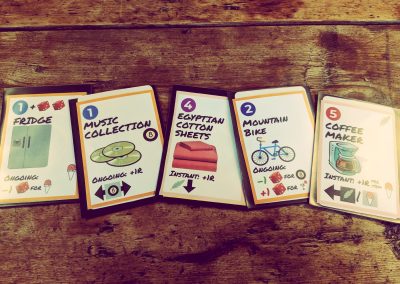