Back in June I attempted to design a card game about a lord trying to save his domain from the Black Death: it never really got of the ground. But the theme stayed with me and I’ve been pondering other ways to tackle it. Finally, this week, I’ve managed to complete a full first version of The Pestilence – a roll and write. In the game, each player has five cards which they write on. All players use the same three dice throws each turn. Players choose which dice will represent the disease, and which will be used to fell trees for fire, grow crops for food, or make tools to construct shelter. The order of the five cards shifts every turn, so the possible active and passive actions keep shifting too. Players must meet their villagers basic needs, while also gathering special disease-busting resources. The Pestilence can be played as solo or with lots of people. The game ends when the Black Death has run it’s course. The player with the largest population at the end, wins.

The game about pupils smuggling items into a boarding school has undergone some changes. Last week’s realisation that the game was more luck than ‘push-your-luck’ was disappointing, but the new changes shift that balance. Previously, the aim was just to get your smuggled items past the gatekeeper. Now, it’s slightly easier to get past the gate, but then players can choose which way to travel around the school site. They can take the easy (and safe) route back to their dormitories – taking the points they gain at the gate and making a run for it. Or they can choose the more dangerous route – which comes with greater rewards. Players can now choose to go to a central board, in which each side represents a different place they can walk past: the caretaker’s workshop, the visitors’ reception, the staff room and the head’s office. At each point, they can choose whether to make a run back to their room or push on for greater rewards – and a reputation boost. But if they push forward, the penalties get harsher too. The game has been renamed Contra-Banned.

Over the last few weeks we’ve been playing different versions of the cake stacking game, Top Cake (previously known as Cake Pit). Finally, this week I’ve managed to simplify the game while still making it really interesting to play. Cakes no longer have individual weights – instead there are restrictions about how many layers can be stacked on each size cake. The cake stands and pillars of the previous version have been abandoned. Players can start new cakes whenever they want, but only cakes with at least three layers score bonuses. I managed to squeeze in a quick game with my nephew, Laurence, who helped me tweak the game to work at two players. This one is nearly ready to go for proper artwork! Exciting. 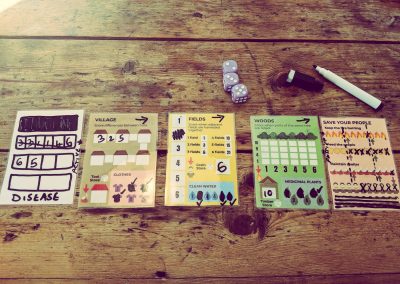 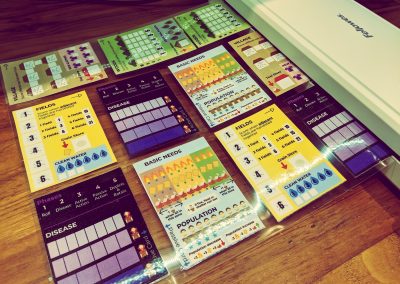 Hot off the laminator 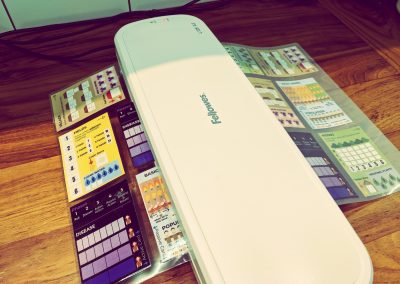 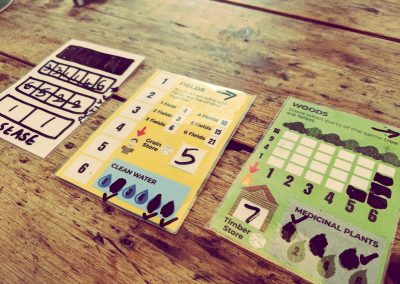 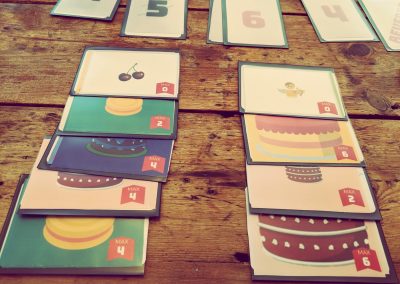 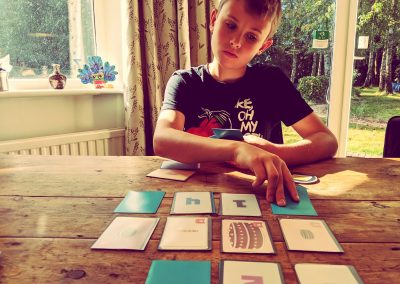 Playing Top Cake with my nephew 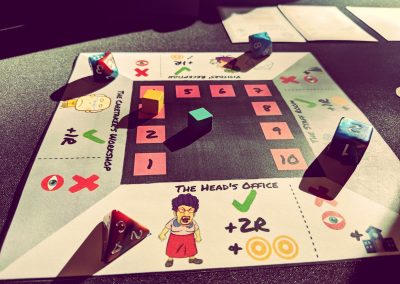 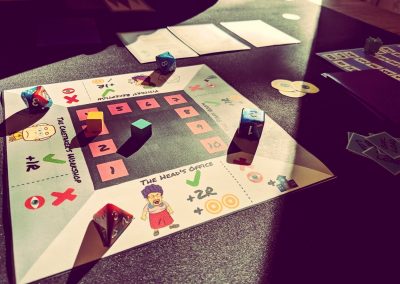