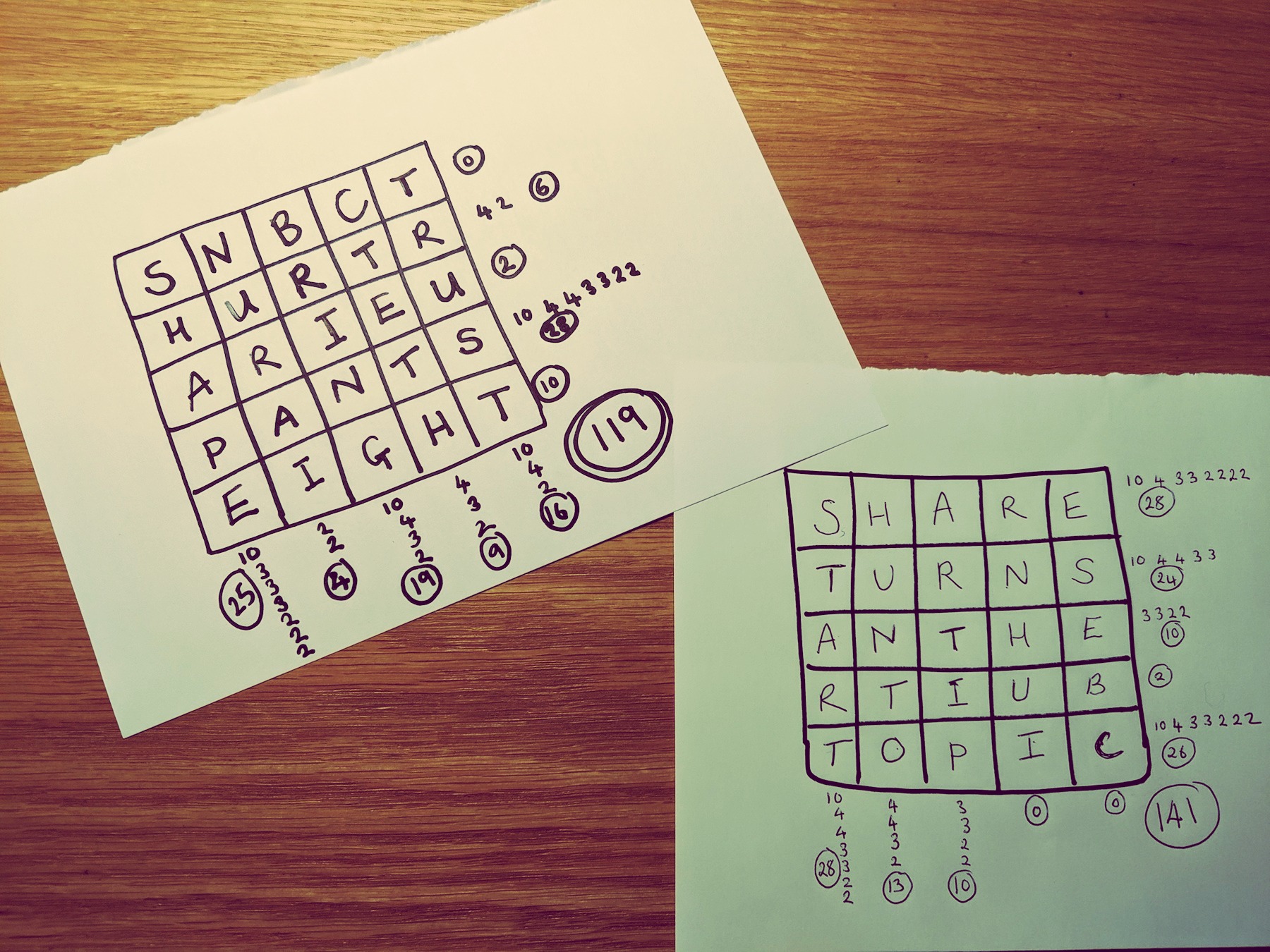 As I child I played loads of pen and paper games, especially with my granny, who, to my young mind, seemed to know several hundred. For the most part, it was just the two of us, playing games together in her granny flat. It was glorious. One of my favourites was Crosswords, though I’ve only recently discovered that is what it is called.  You can play this game with more players, but it works well with 2.

Each player draws a 5 x 5 grid on her paper. There are 25 empty boxes that will be filled during the game. There is a small advantage to being the starting player, so it is usually a good idea to let the least experienced player go first. The starting player chooses a letter and says it out loud. Both players then enter the chosen letter into an empty box on their own grid. Now it is the other player’s turn, she chooses a letter and again both players write it in a space in their grid. Players take turns to choose a letter but always both players write down each letter chosen in the grid. After 25 turns, each player will have a full grid. Now it is time to score.

Each player scores her own grid. Players look at each row in the grid separately. If she has a valid 5 letter word in this row, this will score 10 points. But if there are other, smaller words within the row, they will also score. Each word of 4 or less scores the number of letters the word contains. For example, if one of the rows has the word “SPARE” in. The points are as follows:

Total = 33 points (Yes, those are all actual words, not abbreviations)

That is the highest scoring word I’ve found. I think the highest possible score is 35 points for a word.

Every row and every column are scored and the scores for each row and column are added together to create each player’s grand score. So a player might get one really good row, but how does that row fit in with the columns? The key is to try to get lots of high scoring words that fit neatly together in a sort of crossword.

Abbreviations and proper names are not allowed, of course.