Update: A podcast interview with Ellie Dix (and some man-eating worms)

I’m thrilled to be the special guest on this week’s Parent Practice Podcast. It’s a jam-packed 30-minute interview with Elaine Halligan, author of the excellent book, My Child’s Different.  The podcast title is “Reclaim your children from the screen with Ellie Dix.” The episode focuses on how you can use unplugged and offline activities to bring families together. Listen if you want to find out about: 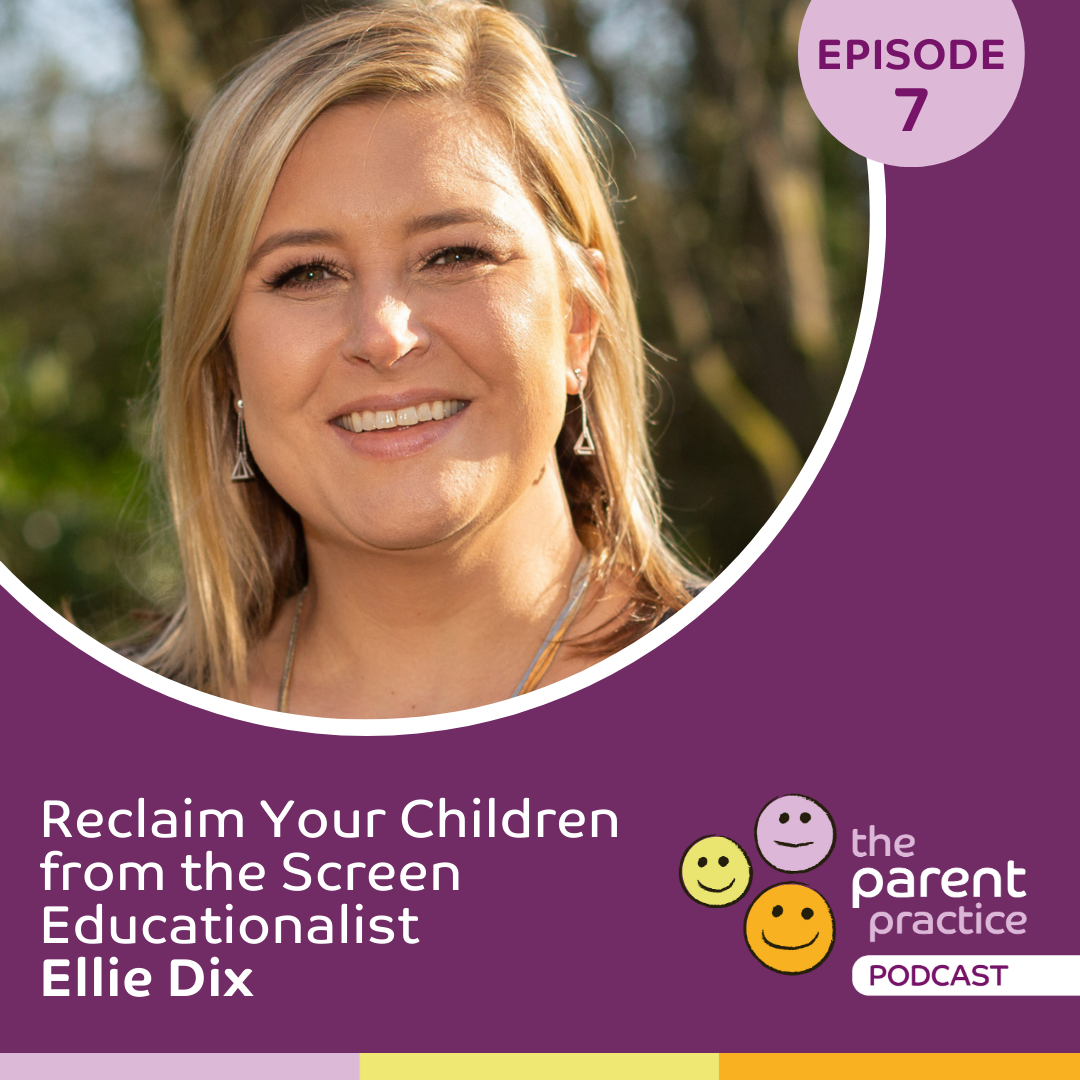 Two new games have been playtested. The first – Worm Attack – is an engine-building game (see this post on engine builders), where each player’s ‘engine’ is a worm that grows the more it eats. The worm can attack cards at the edge of the card tableau. Each card has an animal or person on it and some are easier to attack and eat than others. As the worm grows it gains strength, speed, size and special elemental abilities, enabling it to consume ever more valuable cards. Each card it consumes is flipped and becomes part of the worm. As the game progresses the community of people and animals builds defences to protect against the worms. A series of spikes is erected, preventing certain cards from This was tested at 2 players and 4 players this week. There are some major changes that need to be made to ensure that the spikes don’t totally stop the game from being able to progress. I also need to rebalance the cost and reward on some of the cards – some are currently over powered and some under powered. Frustratingly, there doesn’t seem to be enough choice about which cards players can take to develop a strategy, so I may have to experiment with different ways to arrange the tableau to allow better access.

The other new game that got it’s first playtest is Group Interview. In this party game, each turn one player is the interviewer and the others are interviewees. The interviewees select a combination of cards on the table to form job title from. The interviewer is unaware of the role she is interviewing for. The interviewer has a stack of 10 standard questions, drawn at random from a larger deck, which she asks to gather information about the job in question. She must deduce the job title before the cards have run out. The core structure of the game works well, but the scoring needs work. Several experiments with different scoring methods are needed.

BuzzleBoxes have been flying off the shelves this week and winging their way all over the country. If you missed it, check out the video here. BuzzleBoxes can be purchased from the online shop. 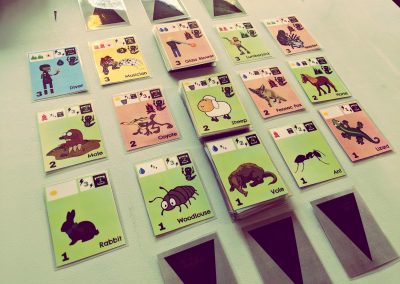 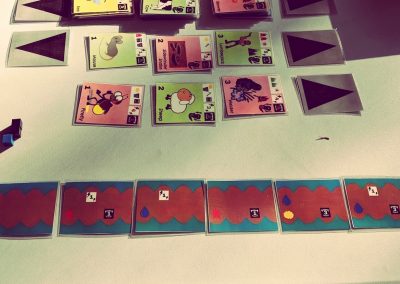 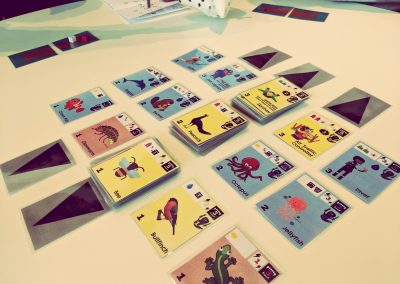 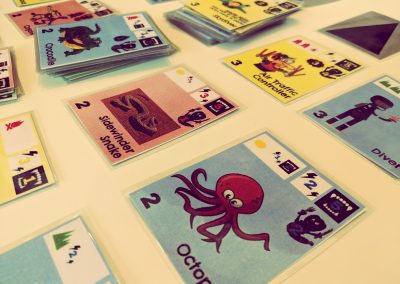 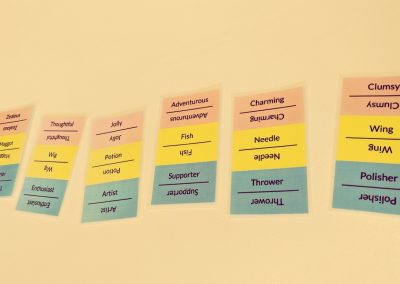