Salvo: A variant of Battleships

The MB game Battleships can be found in many households. The two hinged plastic boards and the fleet of grey plastic ships are iconic. But the game has much earlier origins. It dates from the First World War and was commonly played as a pencil and paper game.  And unless you are a fan of the components, it is much easier to play in this way. The game won’t be ruined by a lid falling down and spilling a load of red and white pegs everywhere. Blimey… those blasted fiddly pegs!

For the uninitiated, Battleships is a game for two players. Each player has a fleet of ships which must be placed in her 10 x 10 grid. The columns are labelled A to J. The rows are labelled 1 to 10. Ships must be placed along a row or column and may not be placed in squares that are adjacent to one another, even diagonally. Each player should keep her paper hidden from the other player. When all the ships have been placed, the game can begin.

Taking turns, players name a location on the other player’s grid, e.g. “H3”, at which they fire. The other player must then say if the shot has missed or hit one of their fleet. In the case of a hit, the player must name which boat has been hit, e.g. “Hit: Destroyer”.

Each player keeps track of her own fleet on one grid, marking her opponents shots and the enemy fleet on another, marking her own shots. A player must hit each square that a ship lies in to sink it. When a ship has been sunk, the call is “Hit and Sunk: Destroyer”, for example.

The aim is to sink all of the enemy fleet before your own fleet is sunk.

The rules are the same for Salvo, but players fire three shots at once instead of a single shot on each turn. The response announces the damage done, but does not specify which shot did which damage. For example, “One miss, two hits. One hit on a battleship, one on a cruiser.”

This makes the game more strategic, much more interesting and a lot harder.

You can download some pre-made grids here. Have a try and let us know how you get on. 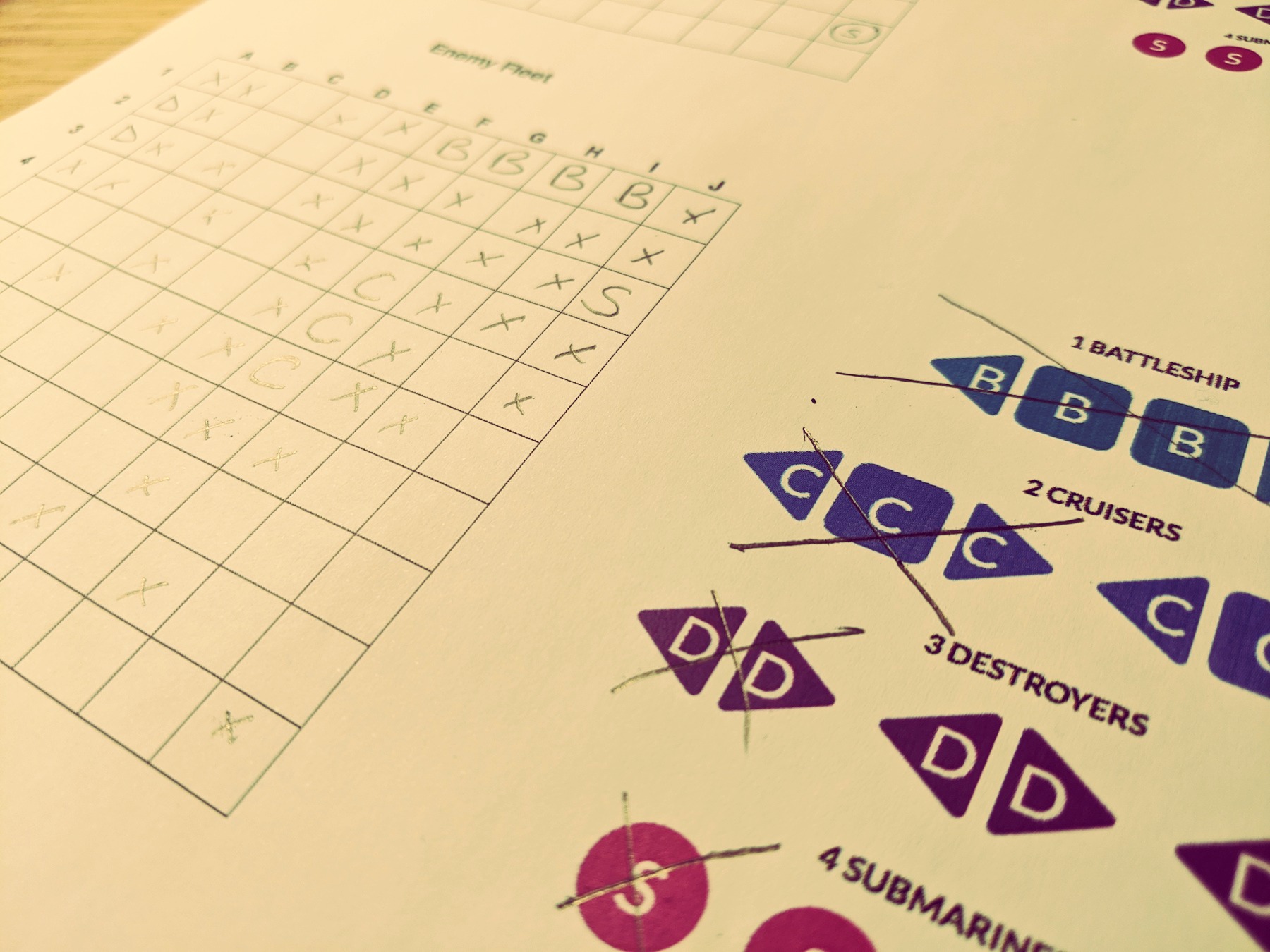