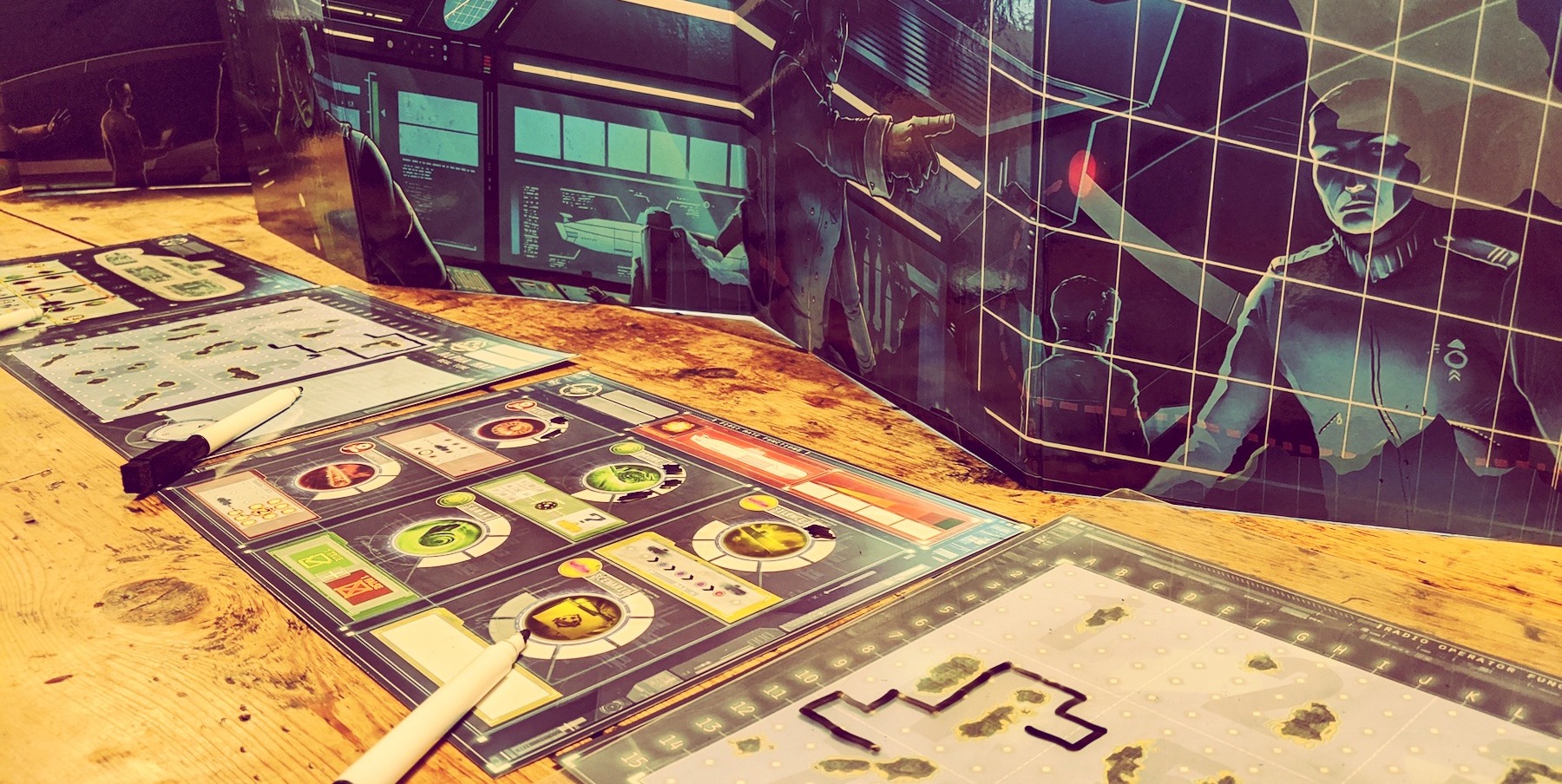 Alfie Dix, 17, reviews board games that he plays with the family and subsequently with groups of friends. Here’s his review of Captain Sonar.

It’s easy to pigeon-hole board gaming and think of it in a certain way – calm and collected decision making, simply enjoying a game with family. So, what happens when a new game challenges this perspective, a game where raised voices and hectic scrambling are commonplace. Captain Sonar is a real-time submarine game, where two teams fight to survive in an underwater battle against each other.

Each team has four specific roles that need filling and each has its own job within the game. The First Mate prepares the ships utilities in order to locate and attack the enemy, the Captain dictates the route of travel, the Engineer manages damage to the sub’s systems and the Radio Controller monitors their opponent’s movements. Even though there are eight distinct roles over the two teams, the game can be played with 2-8 people with each taking on multiple roles. While I’d recommend playing with a full group of eight, playing with less is still really fun, as long the sides are equal. While this game may already seem like a longshot for many of you here are many positives that shouldn’t go under the radar (pun intended).

Firstly, you can decide to play the game turn by turn rather than in real time. This is especially useful for beginners who need more time and space to think than the real time game allows. However, the game is predominantly created for real time use and that is where it shines.

As the game pits two teams in opposition, there is a massive divider that goes down the centre of the table to prevent you from seeing your opponent’s boards and to group you as a team. This is a unique set up and establishes quite an atmosphere.

Captain Sonar is a game that requires 100% concentration which makes it very intense. This, however, is one of the main draws of the game for me. It creates a fully immersive experience designed to keep all players engaged until its concluding moments. This, combined with the fact that it’s easy to explain, makes Captain Sonar my favourite game for bigger groups.

Due to the frenetic pace, this game won’t be for everyone and because it’s best with 8 players, it may not get as much table time as you’d like. But when it does make an appearance – fear not game groups – this game has ways to increase replayability. There are four different role boards all with their own special rules and several different island systems to navigate around.

To conclude, if you can make the numbers, then I would fully recommend Captain Sonar for any household.