Why do I always lose? 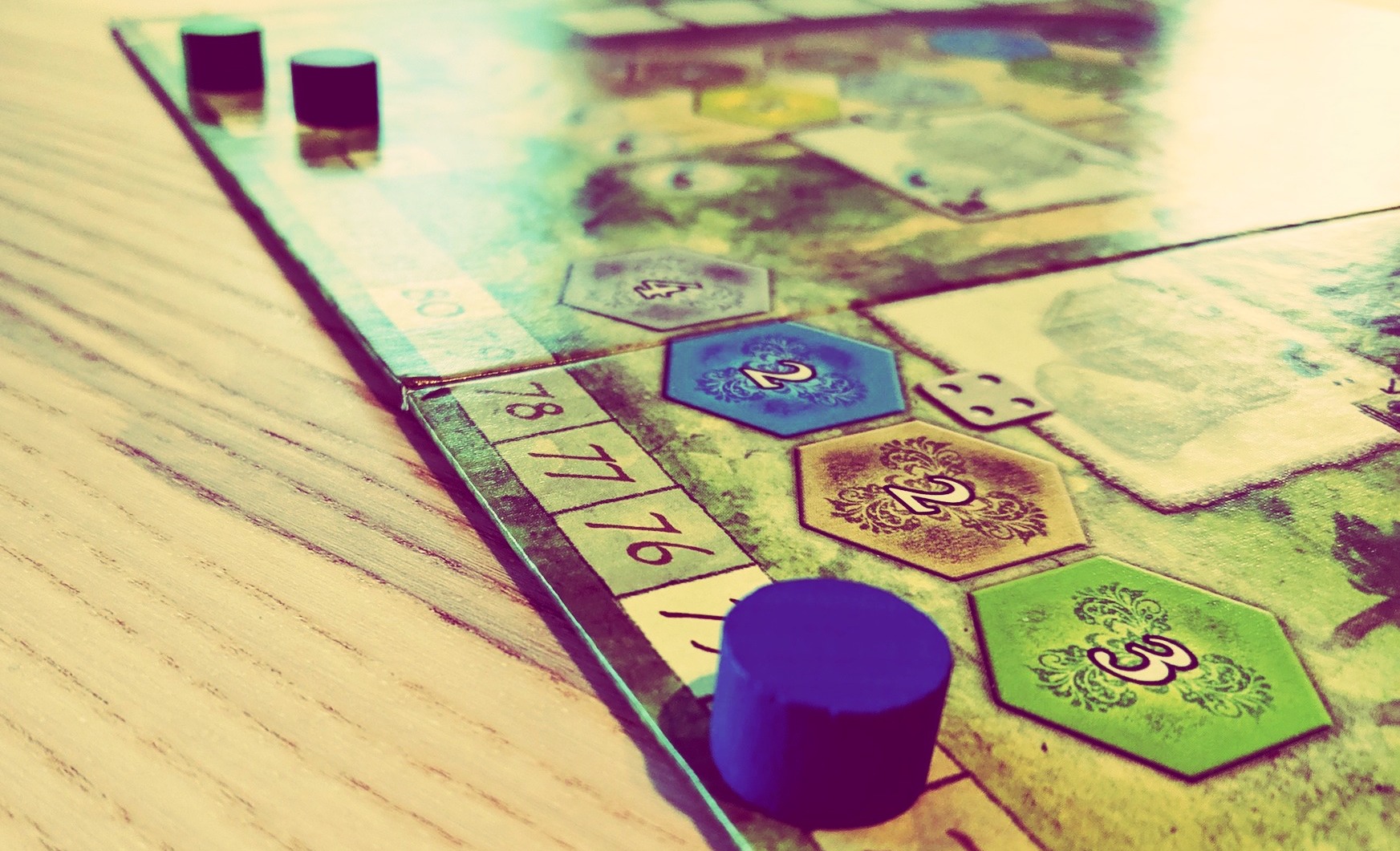 I often lose games. But I almost always lose games when I’m playing against my son, Alfie. When I’m learning a new game, it takes me at least one full play-through to understand how the game works and to start to see how a strategy might be formed. Alfie seems to be able to formulate a strategy before I’ve even finished explaining the rules. When we get a new game, I learn the rules by myself before introducing it to anyone else. This is my golden rule and it prevents the family sitting around while I’m studying the rule book. It gives the game session a much better chance of success. But I also learn the game first so that I can have a think about how to play well. As I’m learning, I’ll often play a full game on my own – playing as all the different players. I’ll try to play different tactics with different ‘players’ – to see what works best. Each time I get ready to teach a game to my sons, I feel like I have a good understanding and a solid idea of how to win. But within a few turns it has become clear that I’m drowning and getting left behind.

One of our favourite games is Terraforming Mars (Alfie is writing a review of game – which will be coming out in a couple of weeks – edit: review here). Alfie always wins. Since Alfie finished his GCSEs we’ve played a full game of Terraforming (which takes 2-3 hours) almost every day. He has won every time. At the end of each game I dissect Alfie’s winning strategy. I look at how he got his points and I work out what made the difference and swung the game for him. I pay special attention to the decisions he makes – especially the cards he throws away. The next time we play, I put all of this knowledge to use, I feel confident about my game-plan. I feel as if I have a clear path to victory. Then I lose. What’s worse is that I am usually surprised by the loss. Each time I play I think I’ve got him nailed. Last time he beat me by 38 points. The only person that has beaten him at Terraforming Mars recently is his younger brother, Bertie – who constructed a huge money generating engine with multiple card-draw options – sealing his victory.

So… why do I always lose?

Maybe I’m too focused on my own game-play and I don’t concentrate enough on what my opponents are up to. I spend most of other people’s turns really thinking about my next move, rather than scrutinising their play and trying to work out what their next moves will be, so I can thwart them. The kids seem to manage to do both – keep track of my moves while planning their own game.

Maybe I’m unable to change strategies based on the cards, tiles or resources that become available. I tend to decide how I’m going to play at the start of the game – “That won for Alfie last time, so I’m going to try to do that today”. But then I’m dogged in my pursuit of that strategy, even if there are other better options that become available. Throwing away my plan doesn’t sit comfortably with me, even though I know I should embrace it. (I’ve even written a blog about it). Alfie has no such quarms. He’ll discard things he no longer needs to make way for new cards or resources that are more appealing. It is second nature.

Maybe I’m not quick enough to analyse all the options and to weigh up the advantages and disadvantages of each. Most good board games have many choices for players. Multiple dice that can be used for different actions or multiple cards that can be played and activated. I will always pick a good option, but not always the best. I won’t always work out exactly how many victory points a move will give me or what the swing in points will be. Alfie will quickly though fastidiously calculate options and always prioritise actions that could be affected by the play of others.

Maybe I can’t look far enough into the future to see the possible impact of my actions. I work out what I’m doing for this turn. I can see how it might help me in the future, but I don’t seem to have the bandwidth to think through the ramifications in detail. I certainly don’t have an internal dialogue along the lines of… “If I do this… then he will play that… which will allow me to take those… which will force him to do that…  so I can place this.” I know Alfie sees multiple turns into the future because he sometimes declares that he can’t make a play because of how it will benefit me in about half an hour.

Well, I don’t seem to be getting any sharper, but I am getting more mellow. I don’t mind losing – especially to my game-hardened sons. It bothers me when I make stupid mistakes and I’m disappointed when I can’t win even if I’m really really trying, but I’m truly happy to just be playing. It is so important to play to win, but not need to win.