I was a guest on the Sue Atkins Podcast this week. You can listen here. My interview is at the start of the podcast. Do have a listen.

Game design this week has all been about Uranus! The cooperative network builder has been through two more versions and had a few more playtests. In the game, players are trying to get the people on their own moon safely housed in a habitation module on Uranus before the moon is destroyed by enemies. Attacks from enemies are ever more frequent during the game and players must balance the defence of their moon with advancement of their race and development of their moon. This week’s revisions have focused on reducing play time and making sure that players have interesting decisions on each turn. Previously, players had to spend several turns to do certain things, now decisions can be executed much more rapidly. But the attacks are more rapid also. Players also now have secret objectives that they must complete in order to get a win-win. The players win if everyone gets to Uranus, but an individual player can get a double win if she also completes her objective. This adds a few more difficult decisions as players are forced to balance how much they help the group and how much to pursue their own needs. The initial set up of each moon board has changed and will need further tweaking to ensure nobody starts with a very very slow engine. Now the job is to match up action boards, moon boards and secret objectives to give some easier starting combinations for new players. This game requires balance, so they’ll be lots more playtesting to tweak. I need to rope in my son’s friends for a day of racing to Uranus.

I’ve also been working on a new game based on an idea that I had with another designer in the speed-concepting session at the designers game jam a couple of weeks ago. This is a party game based around a group interview situation. A number of cards are on the table, which provide possible job titles. The sections on each card can be combined to create an interesting job title e.g. Mysterious Moss-Roller or Dowdy Cactus-Balancer. Each of the interviewees is trying to nab the job. The twist is that either the interviewer or the interviewees don’t know what job the interview is for. Standard interview questions are asked in which those in the dark must deduce information about the job title. This has had zero testing at the moment, but the cards are ready to experiment. 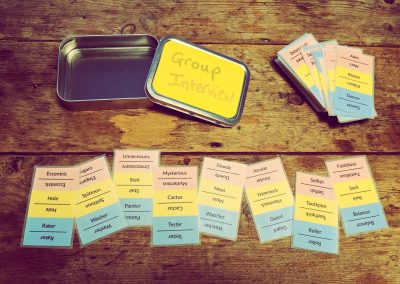 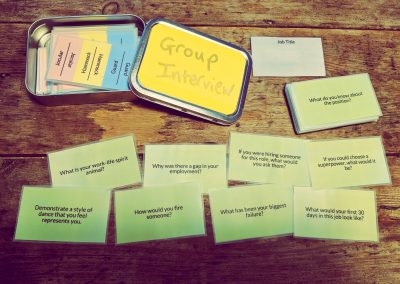 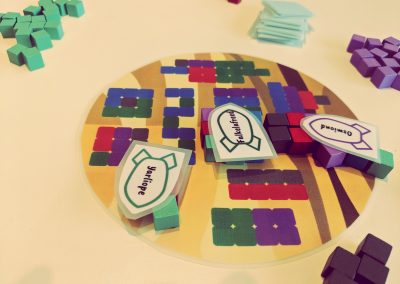 We all made it… just 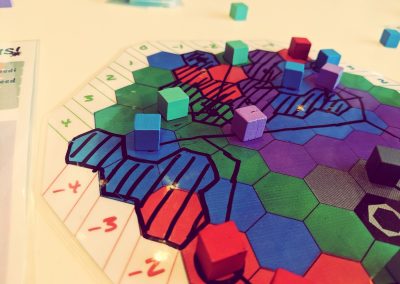 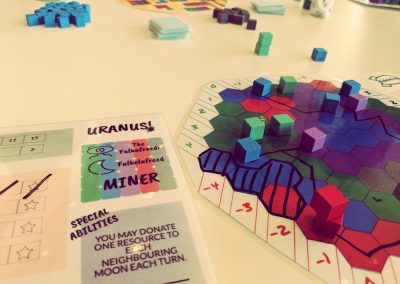 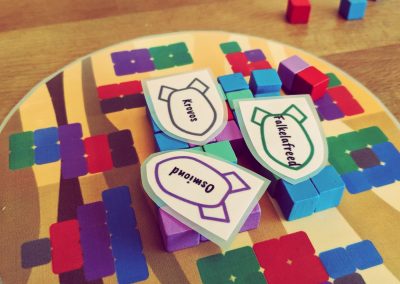 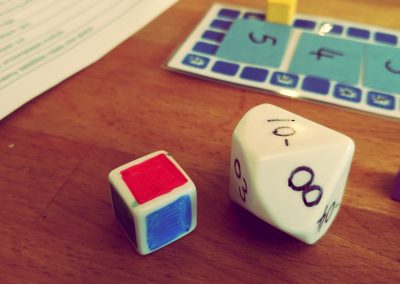 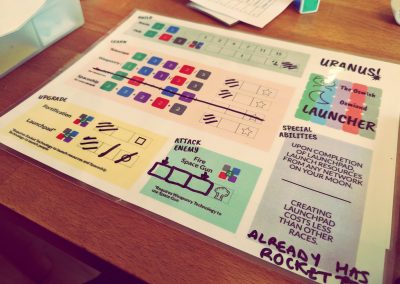 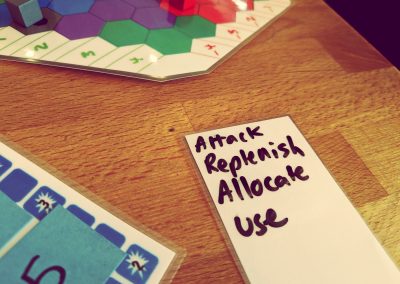 Phases of each turn 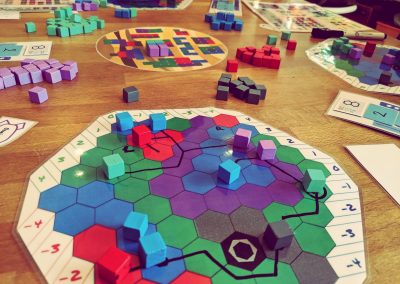 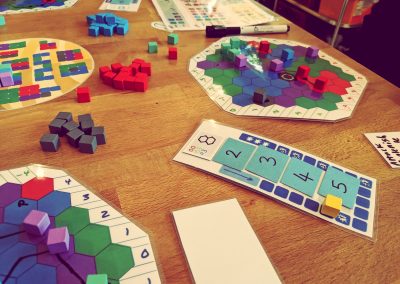