Update: A cracker of a Christmas 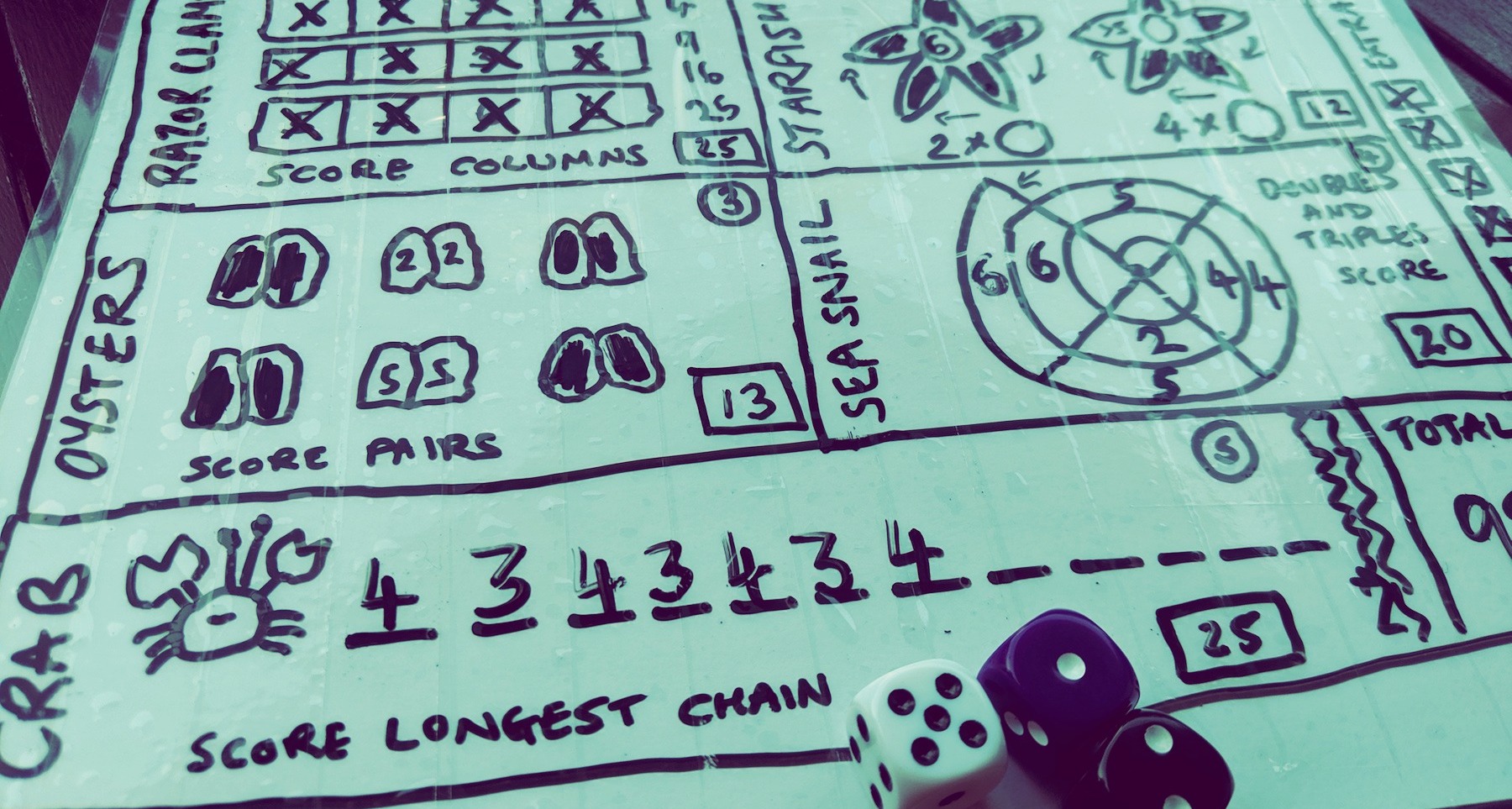 I’ve been using the holiday week to do some more testing of cracker games on the family. These are a series of games that will go inside Christmas crackers and will be available in 2020. Finally, some Christmas crackers which will last more than 2 minutes! One card-placement game about scoring strings of fairy lights is coming out of the set. The game is slightly longer and would require new elements to be added to the cards, which may cause unnecessary confusion with the other games. But an new sixth game has been created to take its place. Games included in the first cracker set will be:

The games are now ready to go out for wider playtesting over the next couple of months. I can’t wait to play these crackers next Christmas. 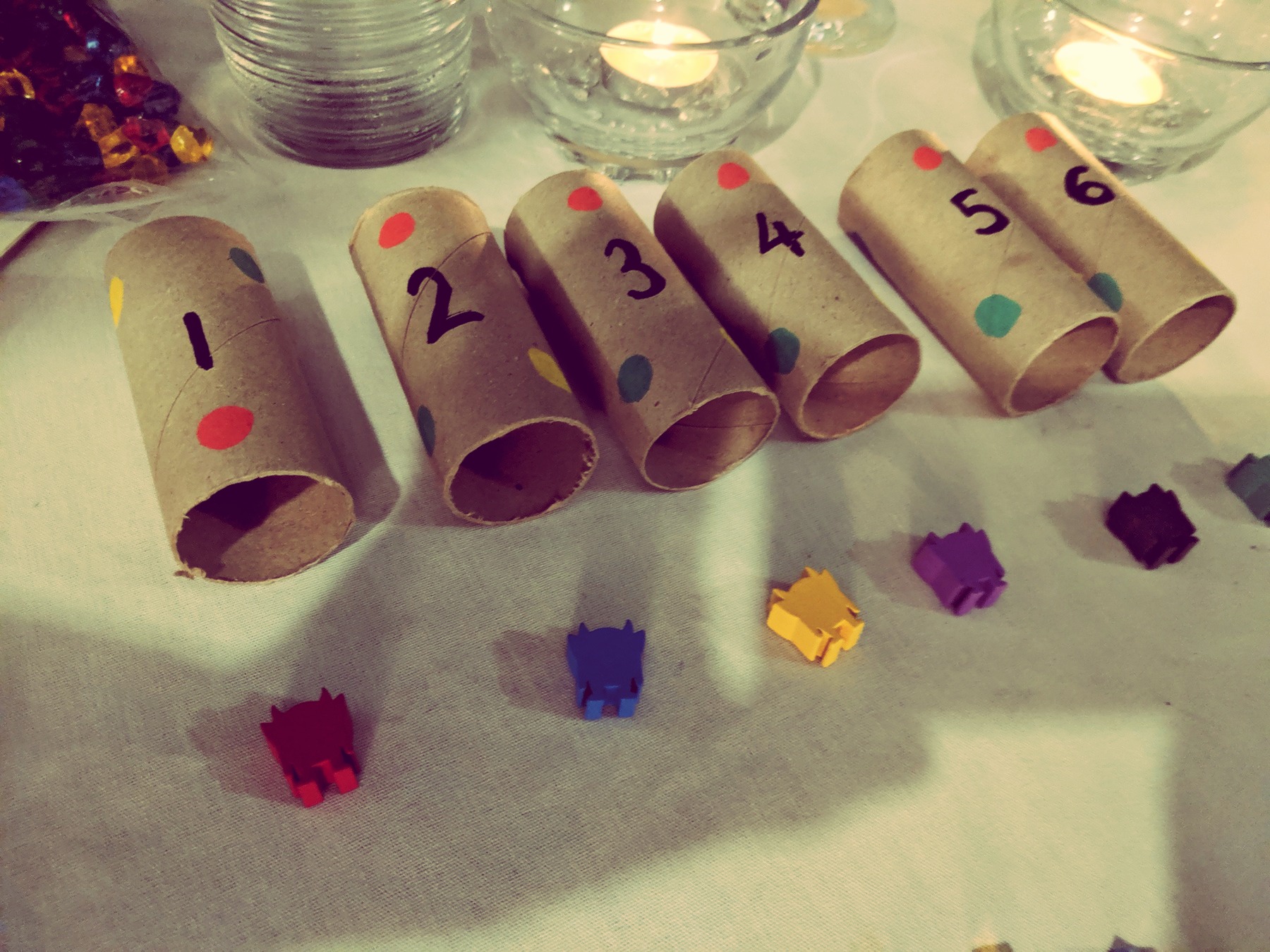 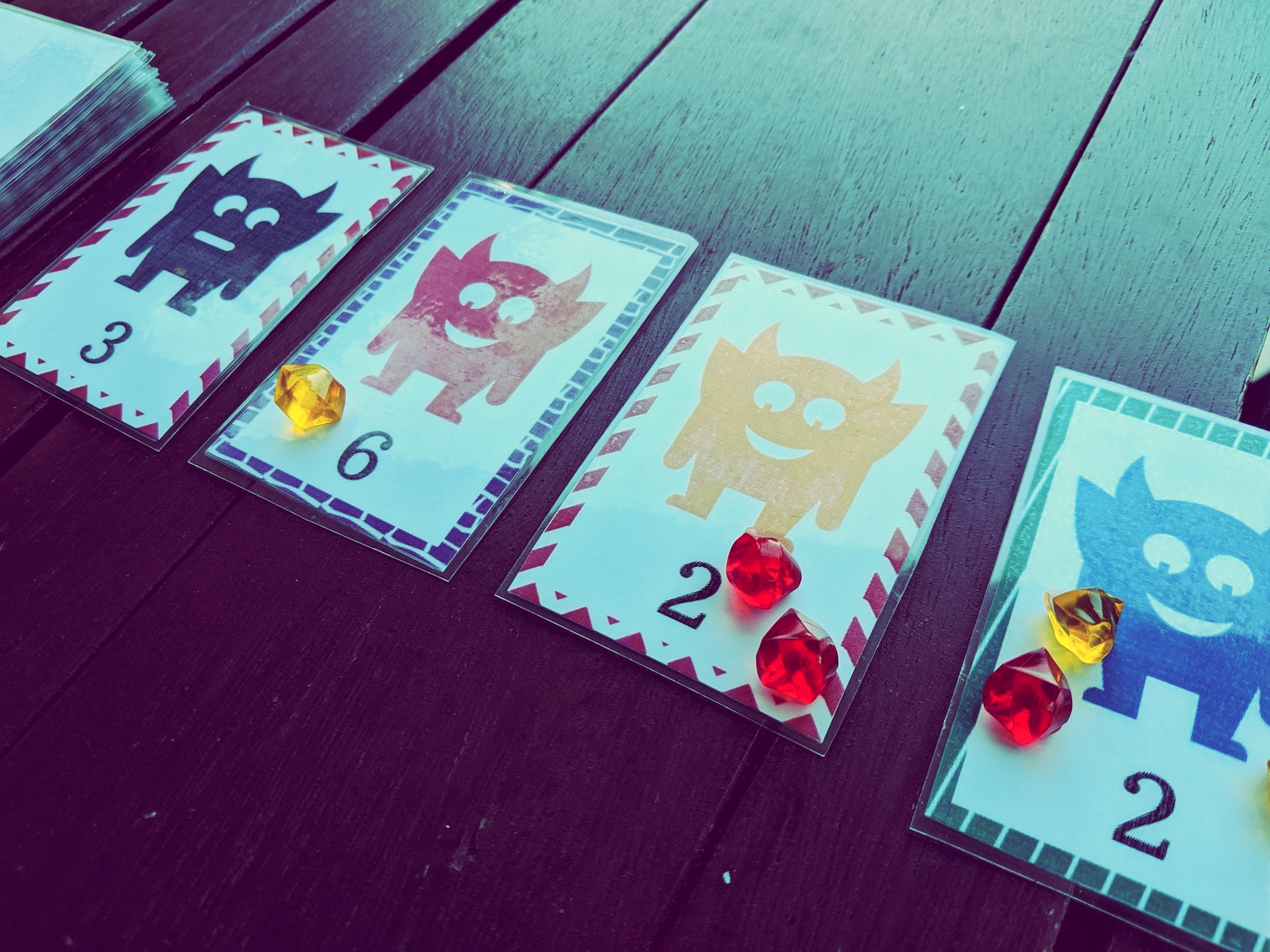 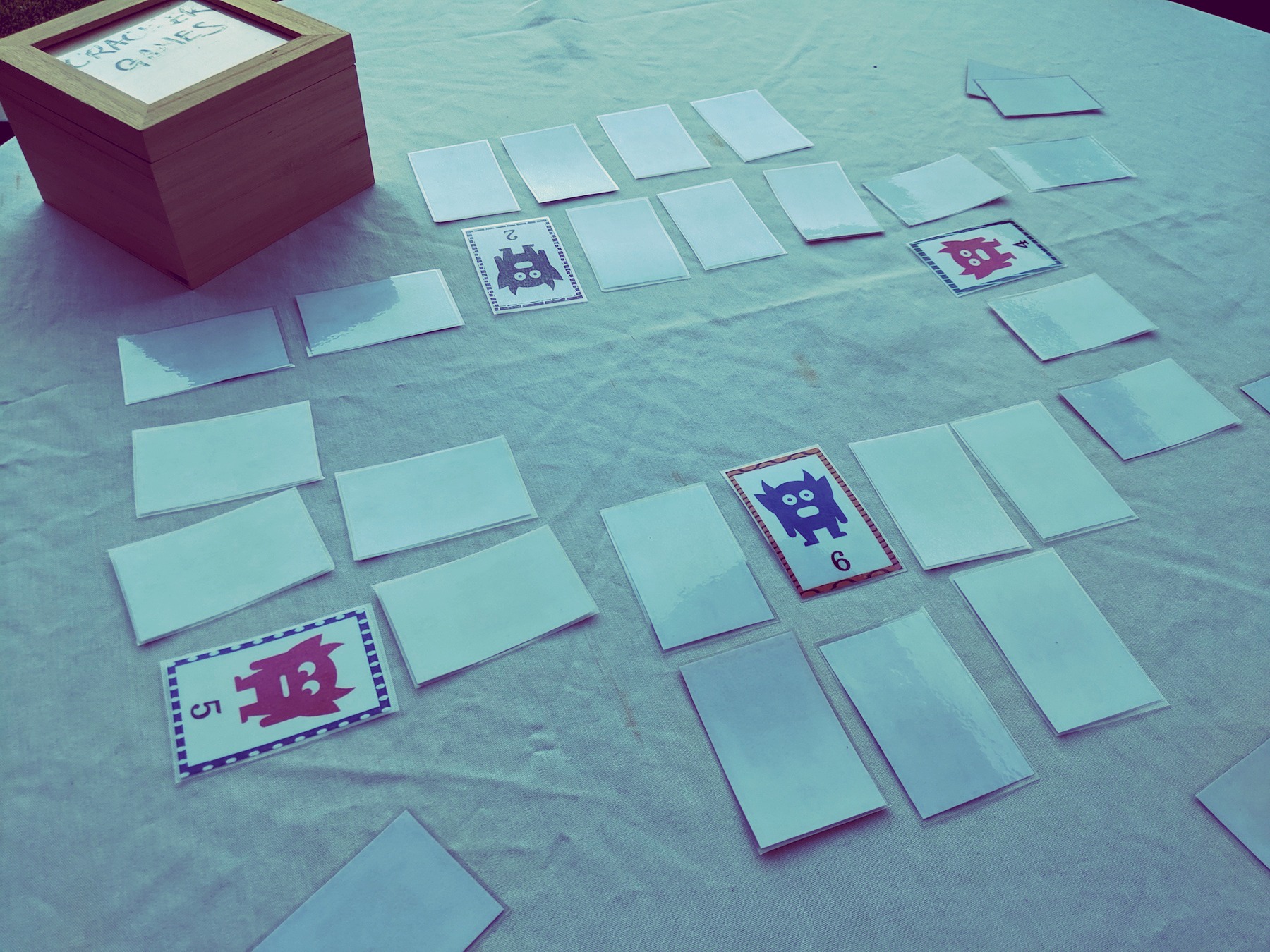 A couple of weeks ago I posted an update about a new game on a placemat. This week I’ve been working on the game that will go on the reverse side. The set of placemats will therefore have two games for families to play during or after meals. I spent a while working on an idea based on creating specific shapes within a hex map. Two six-sided dice would be used – one to indicate the direction of travel and the other to indicate the distance of travel. Players, playing simultaneously, could each choose which dice to use for which purpose. But the map became confusing, the mechanics fiddly and the game play rather dull. So after multiple attempts and many iterations, the game has been binned.

However, a new game, currently called Beach Life, has been born to take its place. Beach Life uses three dice, but players choose to use just two of them on each turn. The board has five different sections with five different games within it. One of the dice determines the section of the board and another determines the value entered. Each section of the board is based on an animal that you might find on a beach. The numbers work in different ways in each game and players have to make choices to maximise the points that each game gives them.

We’ve been away from home this week, so I’ve been employing more rudimentary methods of creating new game boards – writing on the back of old laminated sheets and ‘laminating’ them using strips of sellotape. It’s been rather time consuming, but surprisingly effective. Having even a basic board allows concepts to be tested before committing time to making more beautiful prototypes. 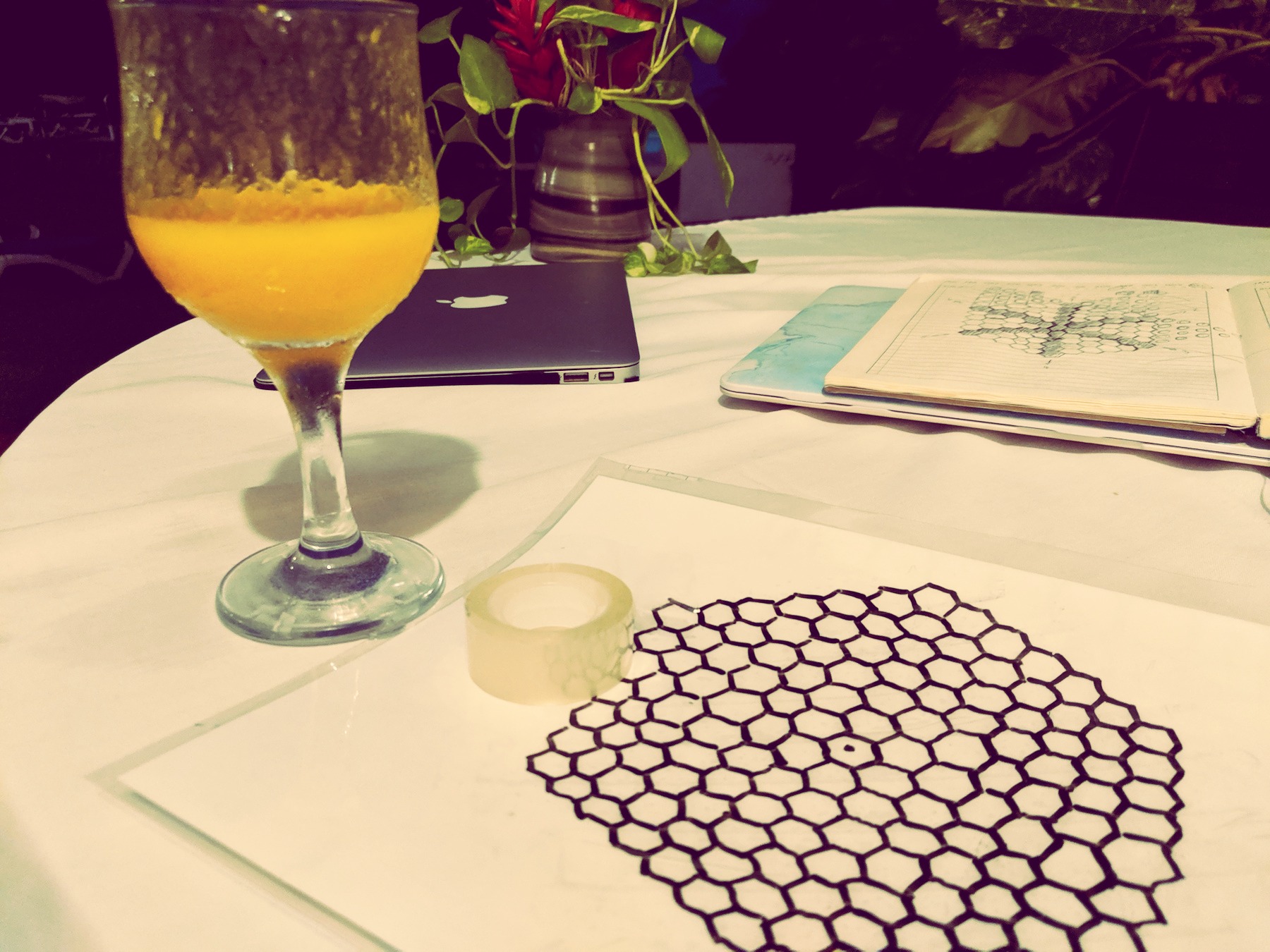 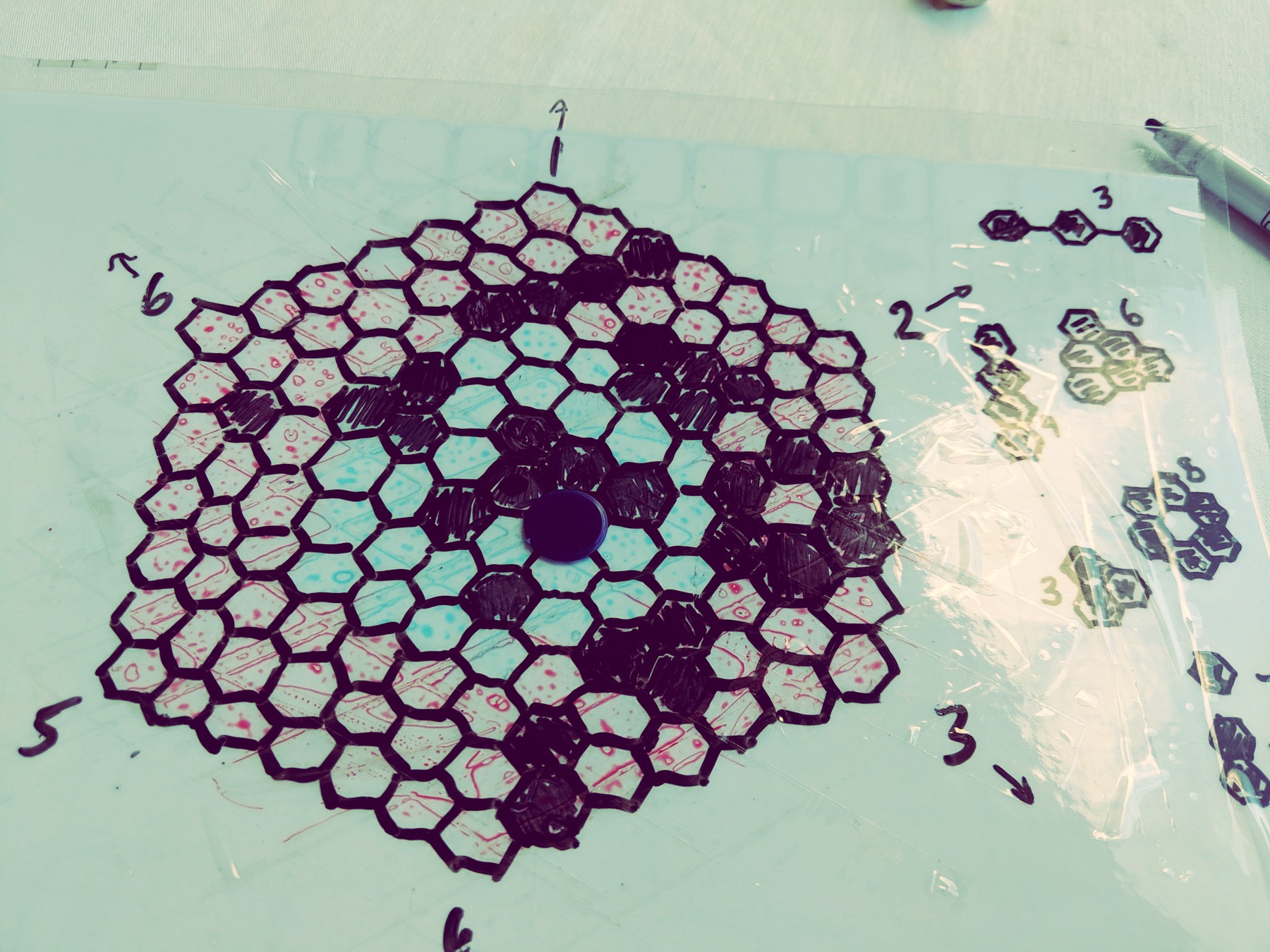 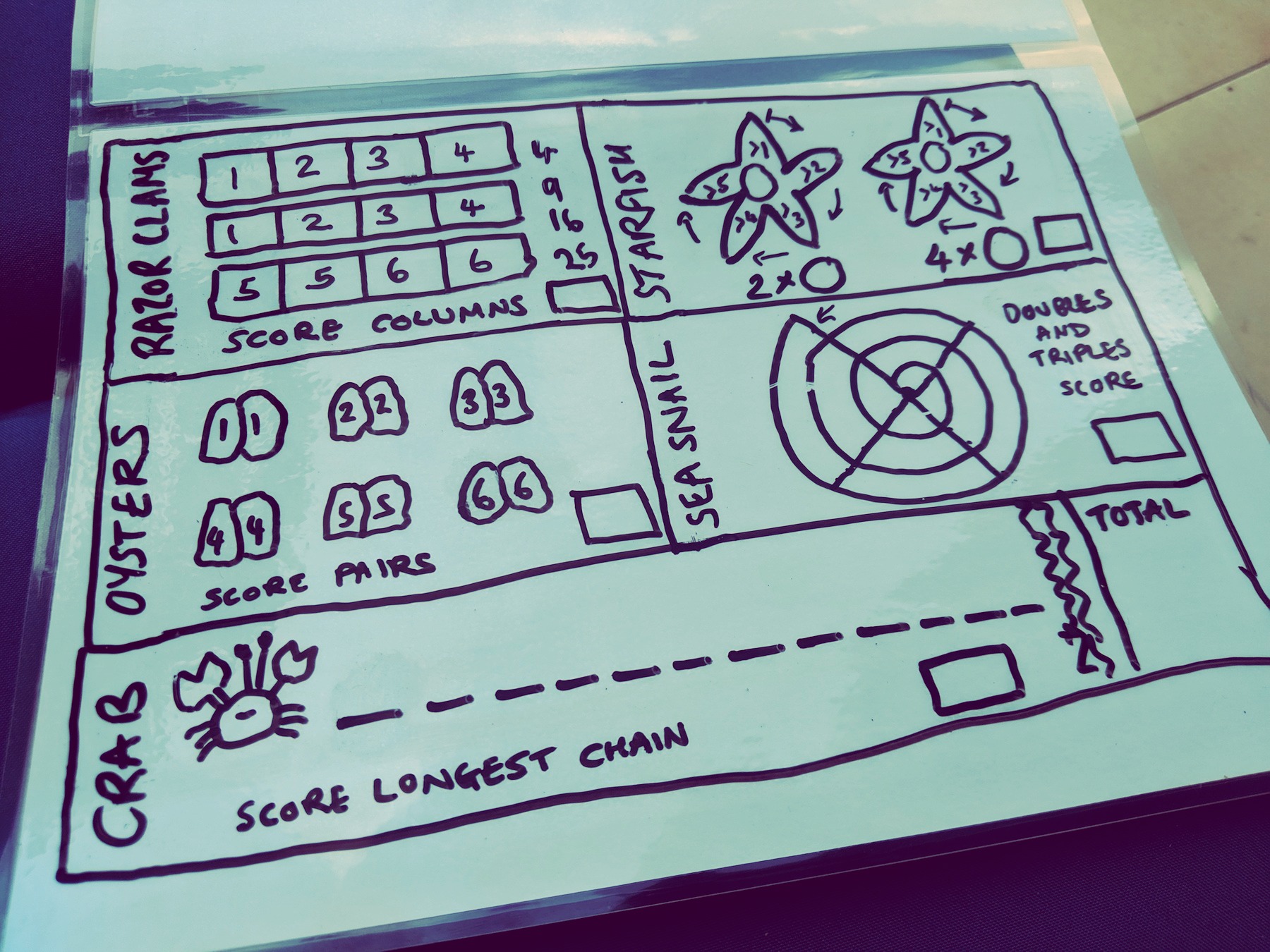 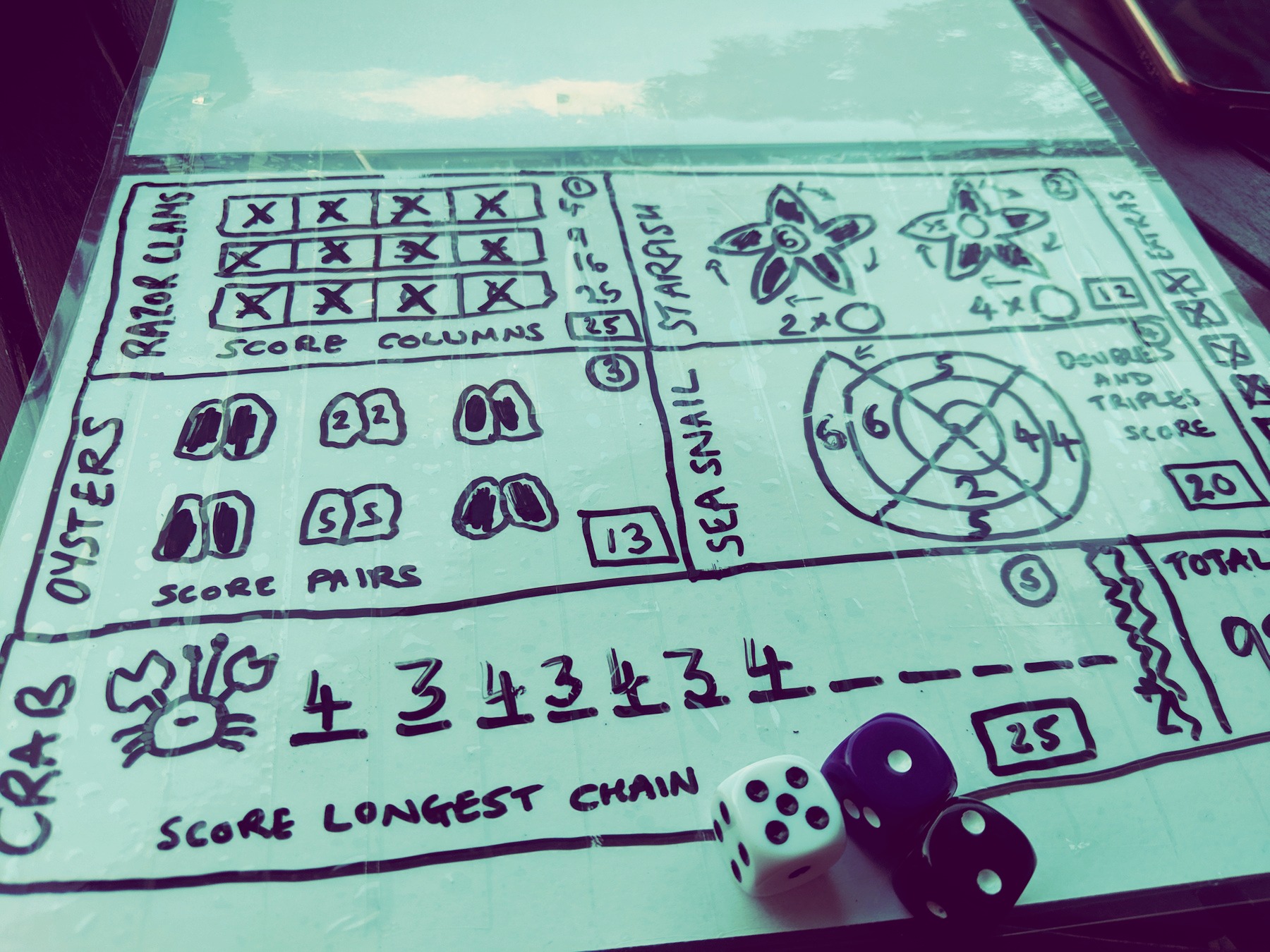