Update: A toy fair, a book review and Good Housekeeping!

Back in November, I was interviewed for an article in the January/February edition of the US version of Good Housekeeping Magazine. The magazine came out this week and while I’m waiting for a copy to reach me, I have managed to get a photo of the article from my sister, who happens to be in the States for a conference. My quotes head up the article, which is great! Here are some quotes:

“Playing board games with your kids can help them build social and cognitive skills. Games “teach children to work as a team, negotiate, follow rules and use spatial reasoning and logic,” explains Ellie Dix, a former school behaviour specialist and author of The Board Game Family: Reclaim your children from the screen.”

“If you’re having trouble getting children to sit down and play with you, Dix recommends a litter subterfuge: “Get out a game and ignore your children for a bit. You’ll be surprised how fascinated they’ll be come by what you’re doing.” 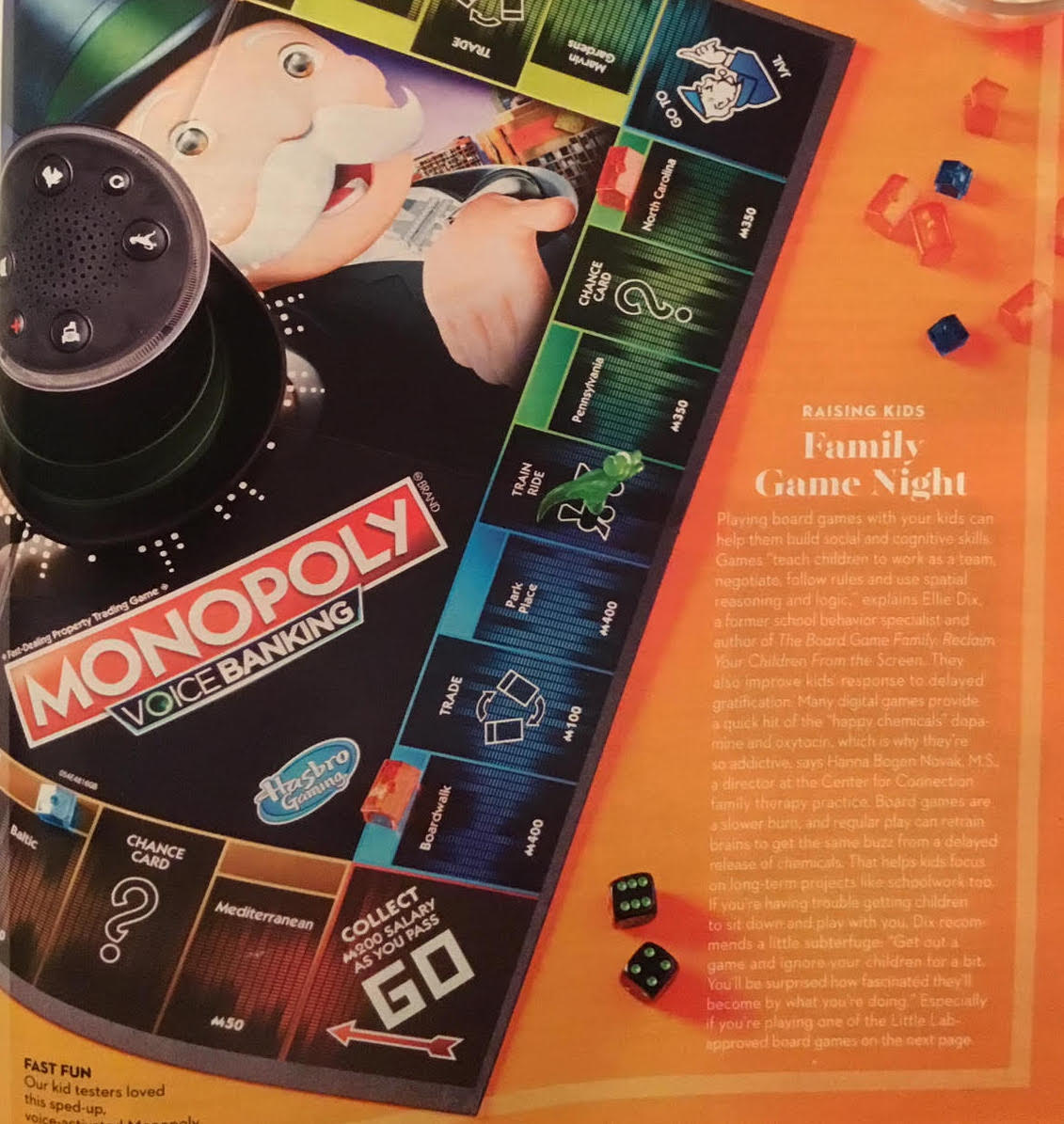 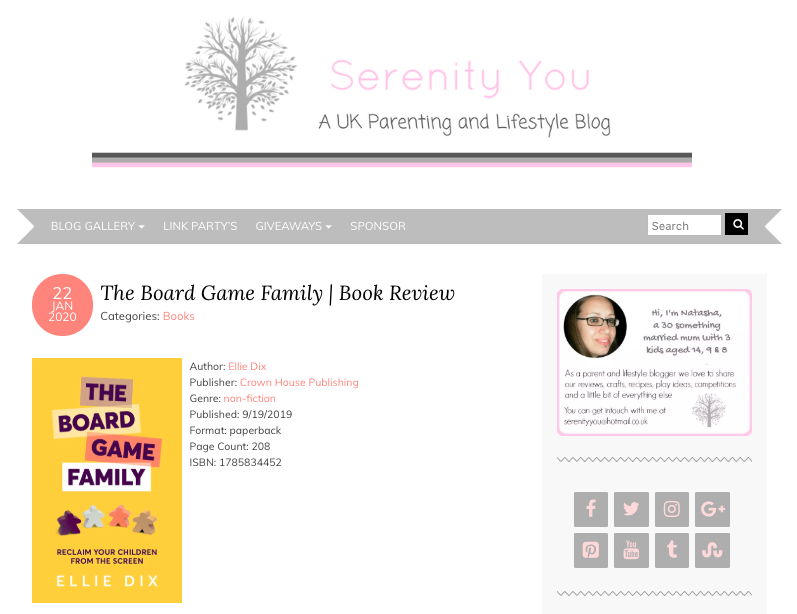 Natasha from Serenity You, a UK parenting and lifestyle blog, has published a review of The Board Game Family: Reclaim your children from the screen, this week.

She says, “There are plenty of tips in the book on how to change the rules of the game to suit your family needs…There’s advice on what do do if a member of your family doesn’t want to play, or there is arguments or sore losers. There are lot’s of little tips that I myself as quite a big board game player will be taking away and using. There is also a list of board game suggestions too.Overall, this book is great if you are thinking about starting a family board game night. I would recommend it to people with young kids and teens a like. You can also gain a lot from reading this book even if you don’t have children.”

This week I visited The London Toy Fair at Olympia. I spent a lovely morning wandering around with my friend David Parlett. David is a legend of board gaming. His game, Hare and Tortoise, won the most prestigious award in board gaming – the Spiel des Jahres. Hare and Tortoise is featured in my Top 10 Spiel des Jahres winning games. I also met up with several other friends from the board game community during the day, to chat about games of interest and to make future plans.

I was interested to see an increase of games with a small footprint – games in tin boxes that can easily fit inside your bag – like the mini games in the BuzzleBox. There are some very pretty ones around. I also noticed quite a few updates of vintage games. I wonder if this is going to turn into a trend? 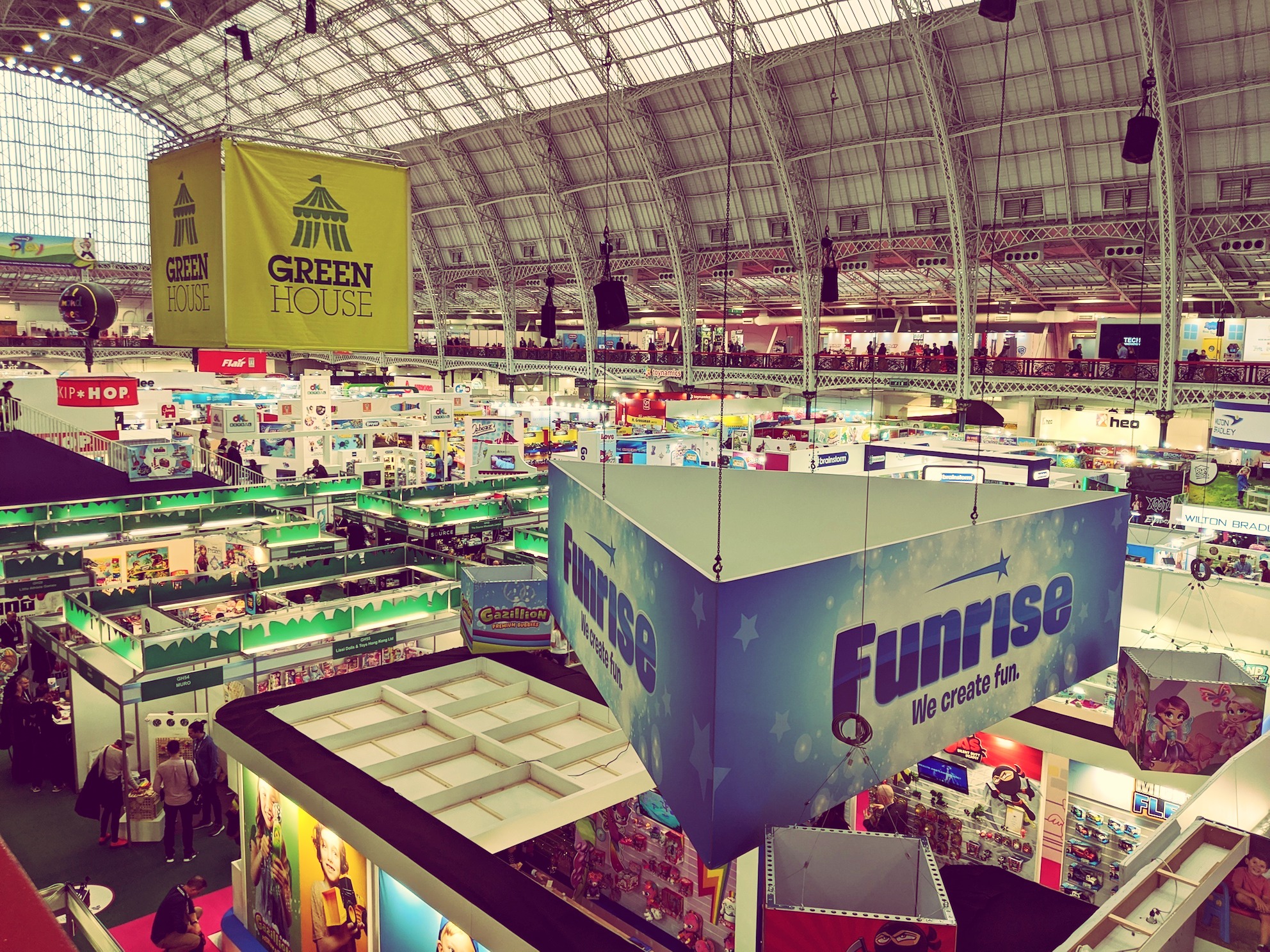 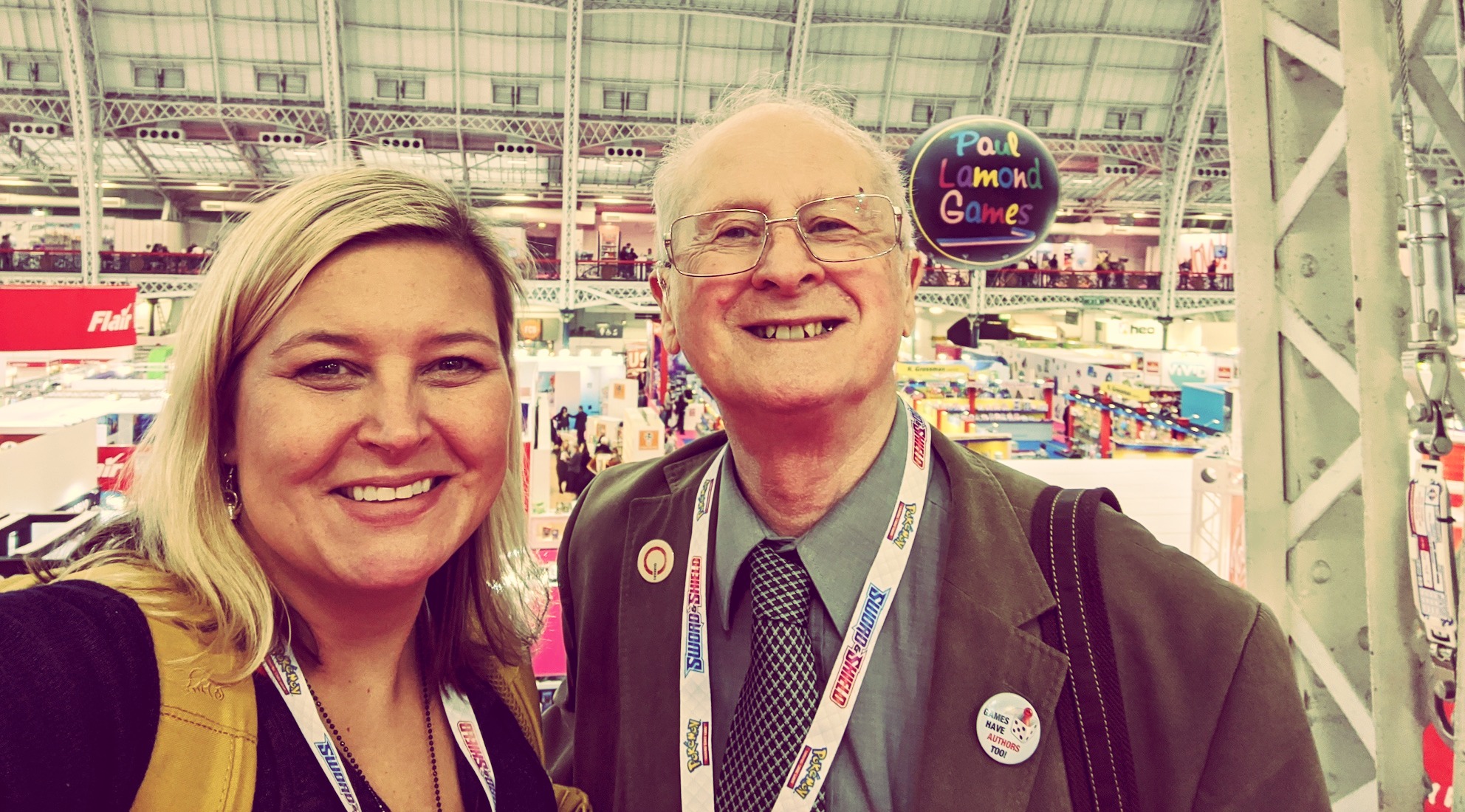 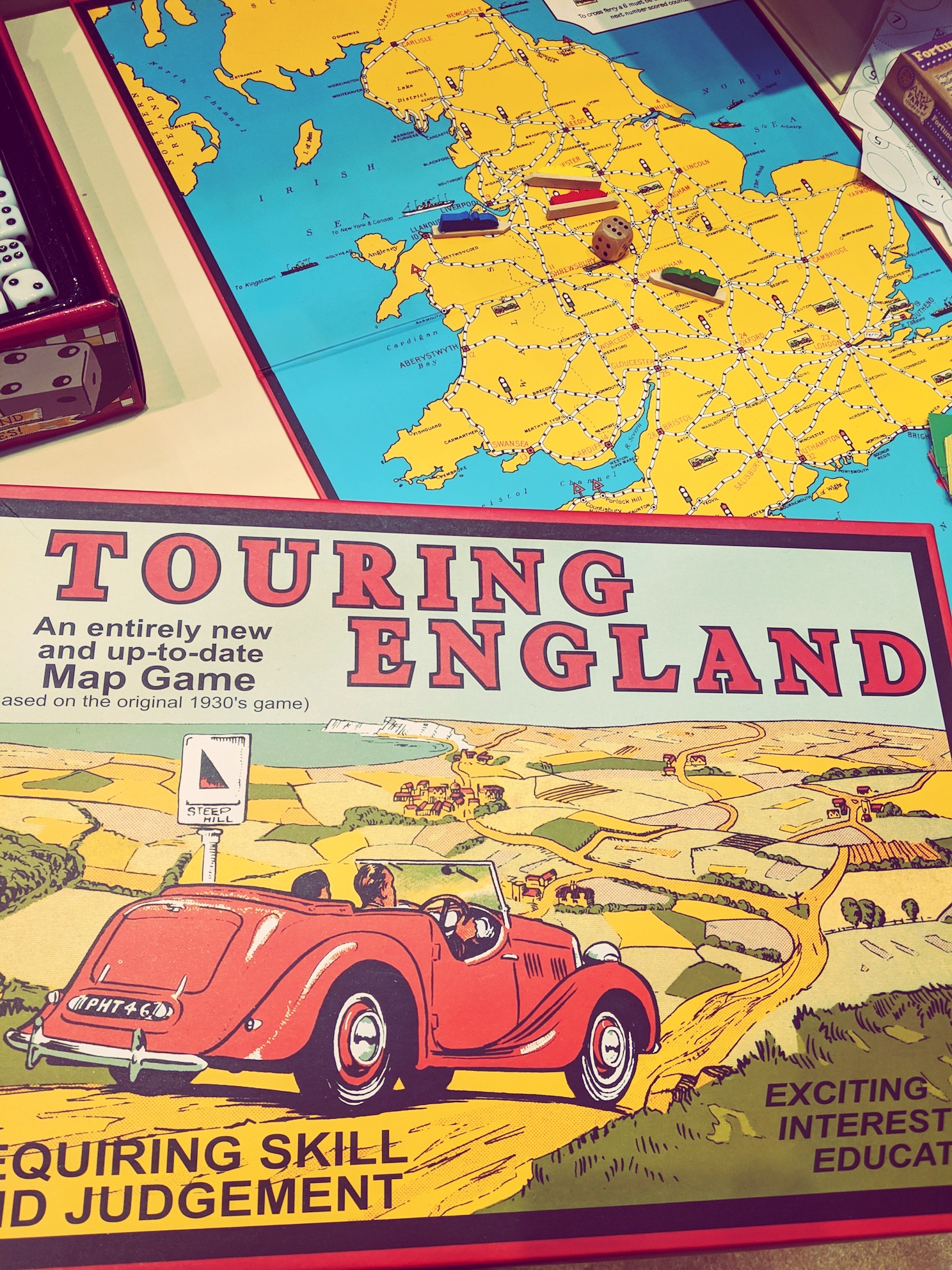 Even though it’s been a busy week, I’ve still found time for playtesting.

Following some tweaks to the player powers, my son Alfie and I played Uranus!  We chose our moons, special abilities, starting hubs and personal secret objectives randomly. Each of us played two people so that we could simulate a four player game. It was a lot to think about! Possibly too much. We lost, quite significantly, with only two of the four alien races escaping their moons before they exploded in catastrophic meteor attacks. The game worked well though and the random combinations were interesting.

Following the blind playtest of Doughnut Dash a few weeks ago, there have been a few changes – to the tiles, to the actions and to the end game condition. These changes were tested in a playtest with two good friends. We also added the expansion, which introduces mirror glazed doughnuts to see how that would mix things up. It threw up a few issues with the new elements, which need sorting before the rule book goes to print. It’s always good to squeeze in some extra playtesting.

In the same playtest session, we played one of the new placemat roll & write games – Rescue Me?  In Rescue Me? players are stranded on a desert island and have to work on the land around them to either give themselves the best chance of being rescued or the most comfortable long term abandonment. Points can be won in many different ways. There is a question mark over whether the cost of building a shelter outweighs the potential reward it brings. Maybe the cost needs reducing. But both players liked the game and came up with some great ideas about how to further convert it into a placemat.

In the coming week, I’m travelling a lot, so my ability to playtest will be reduced. But I’m hoping to get the creative juices flowing as I travel with my new inspiration – Grids and Guides: A Notebook for Visual Thinkers (picked up from The Design Museum). I’ll update next week. 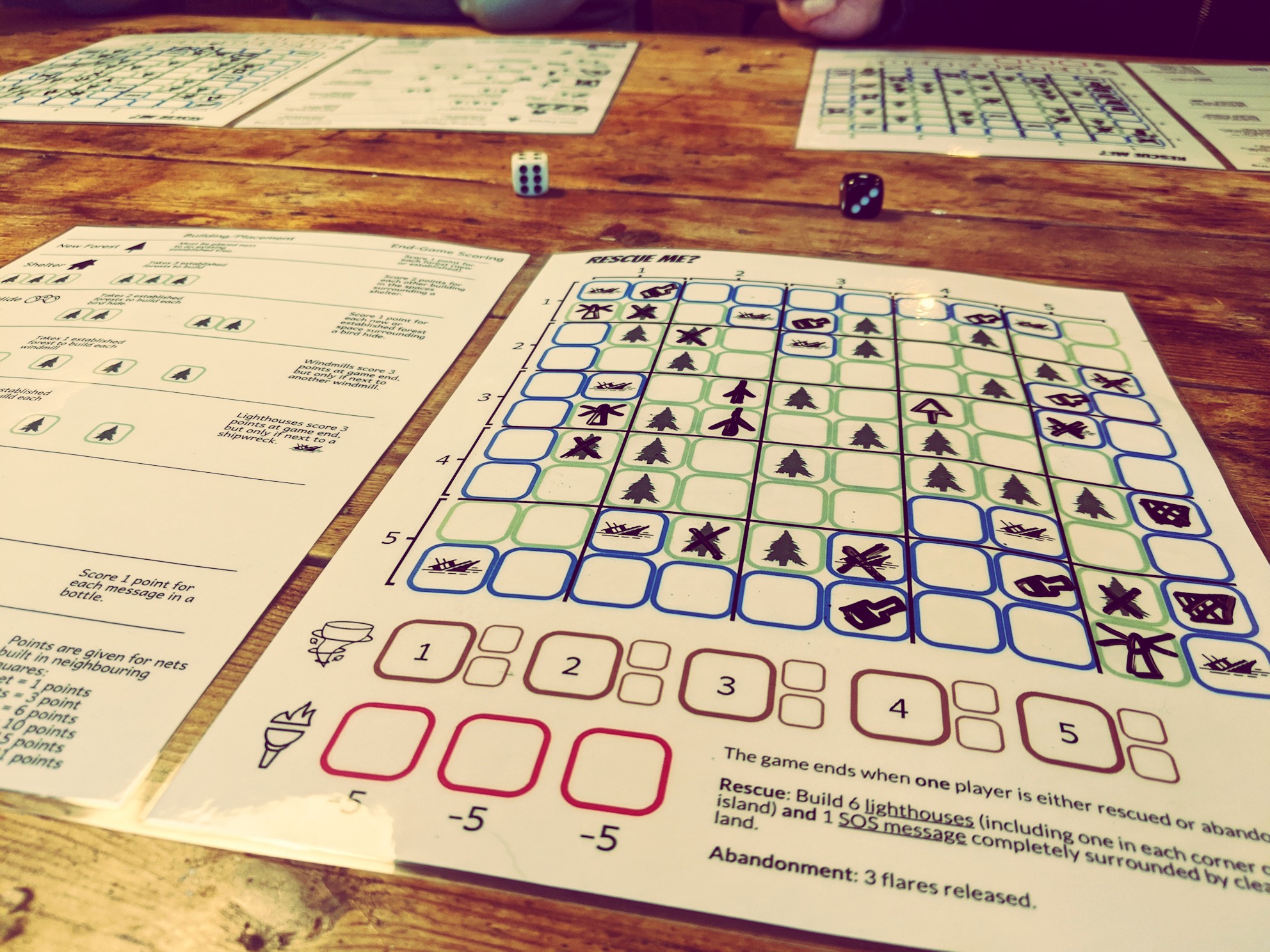 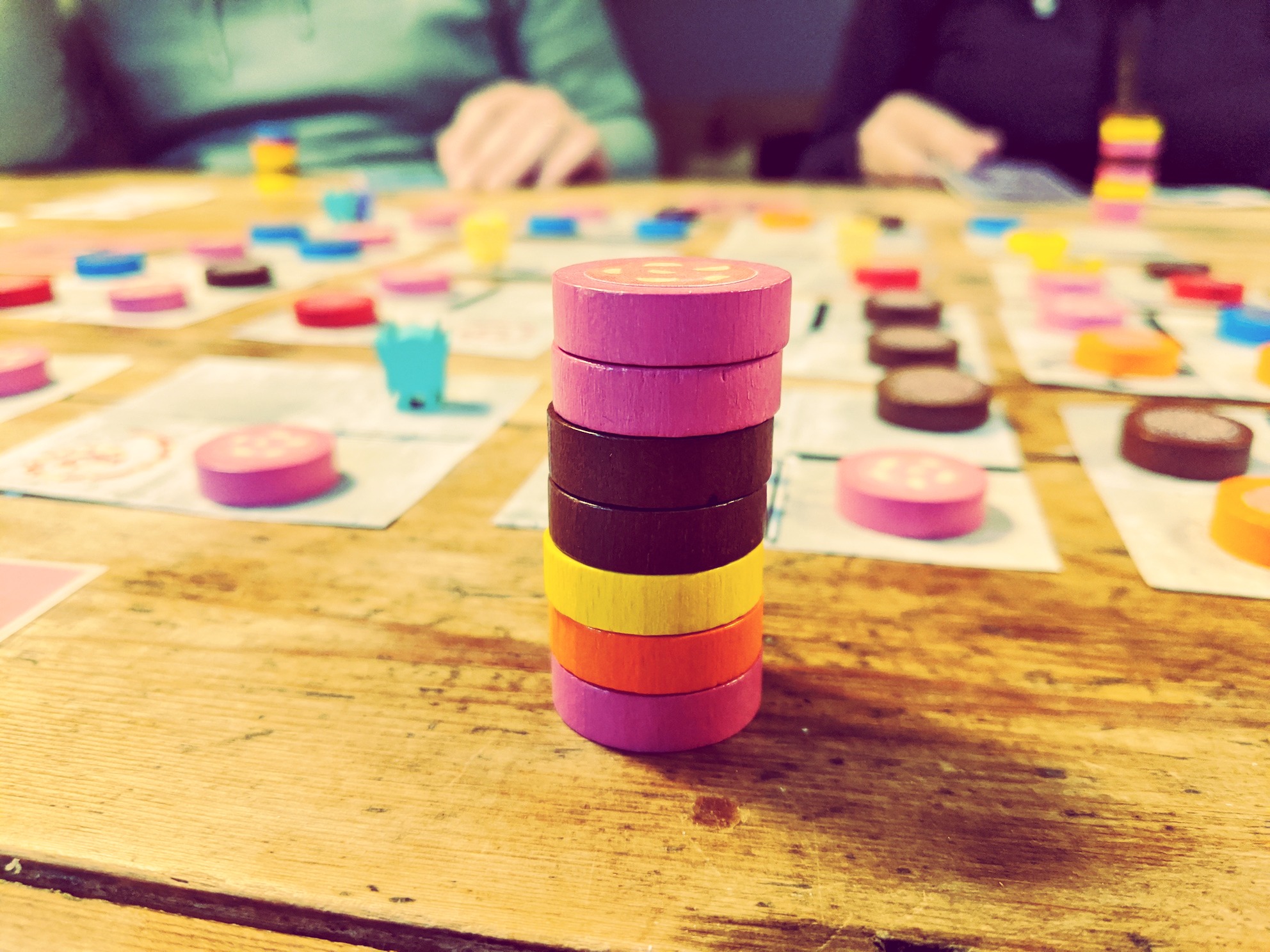 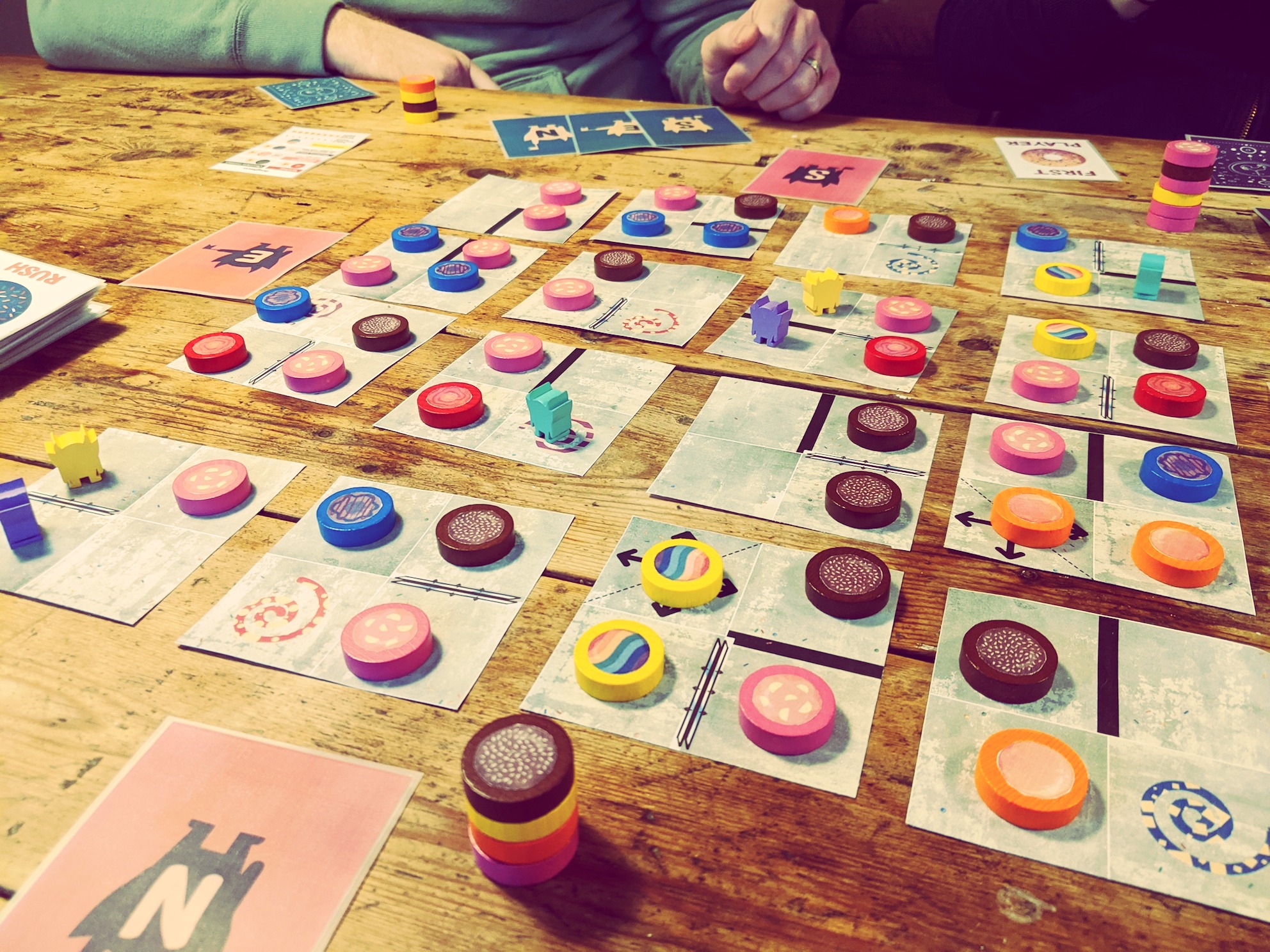 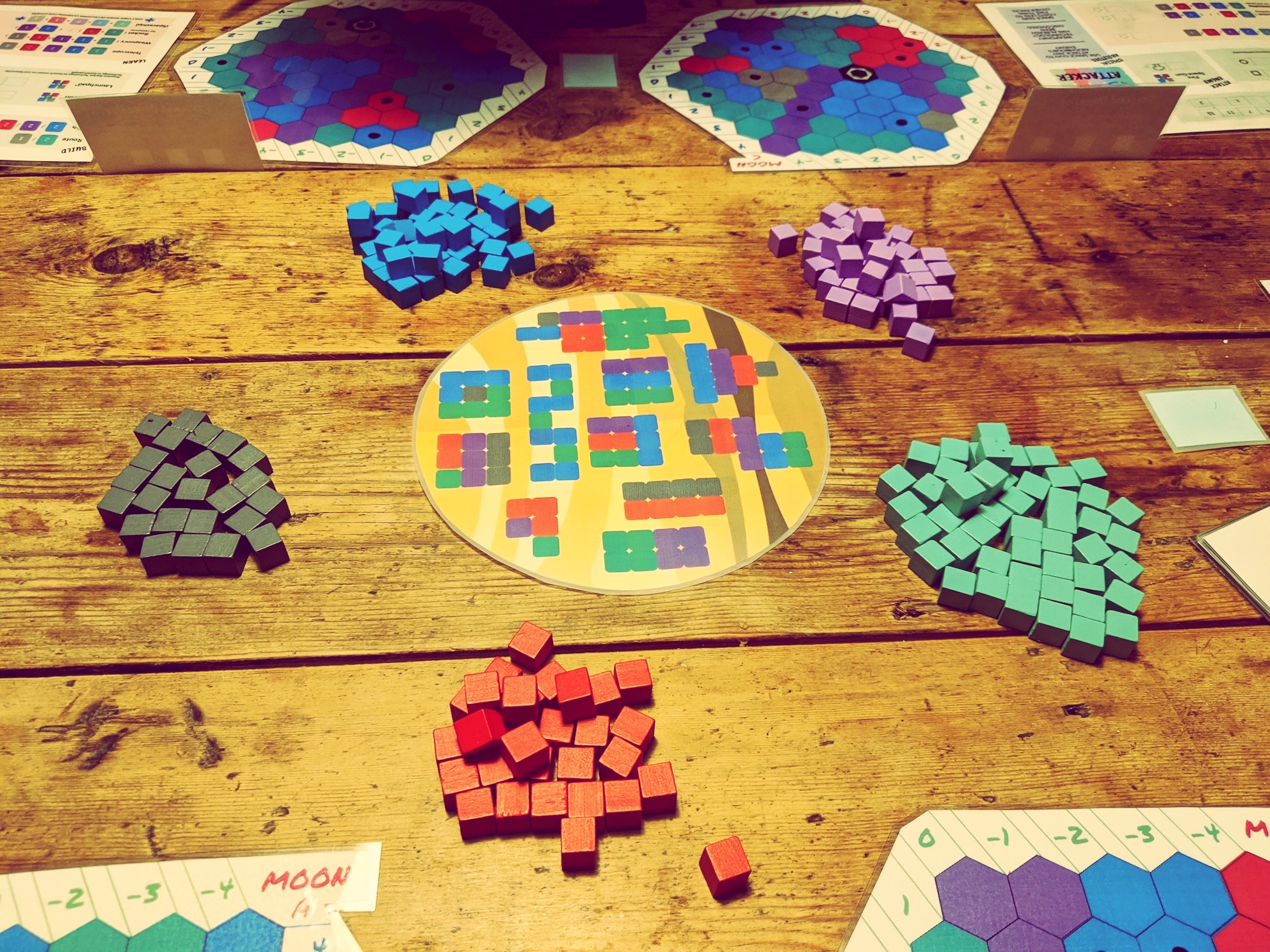 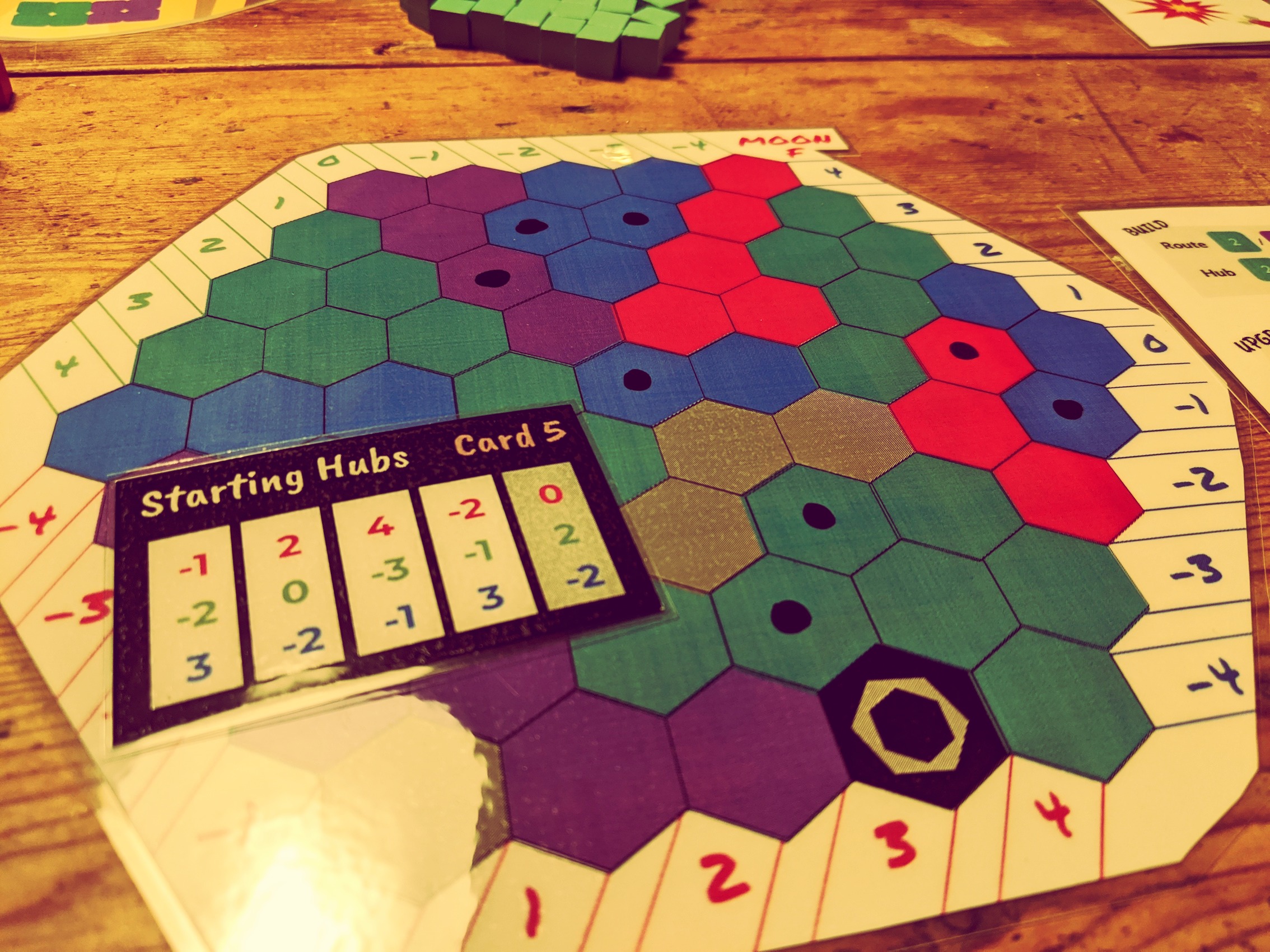 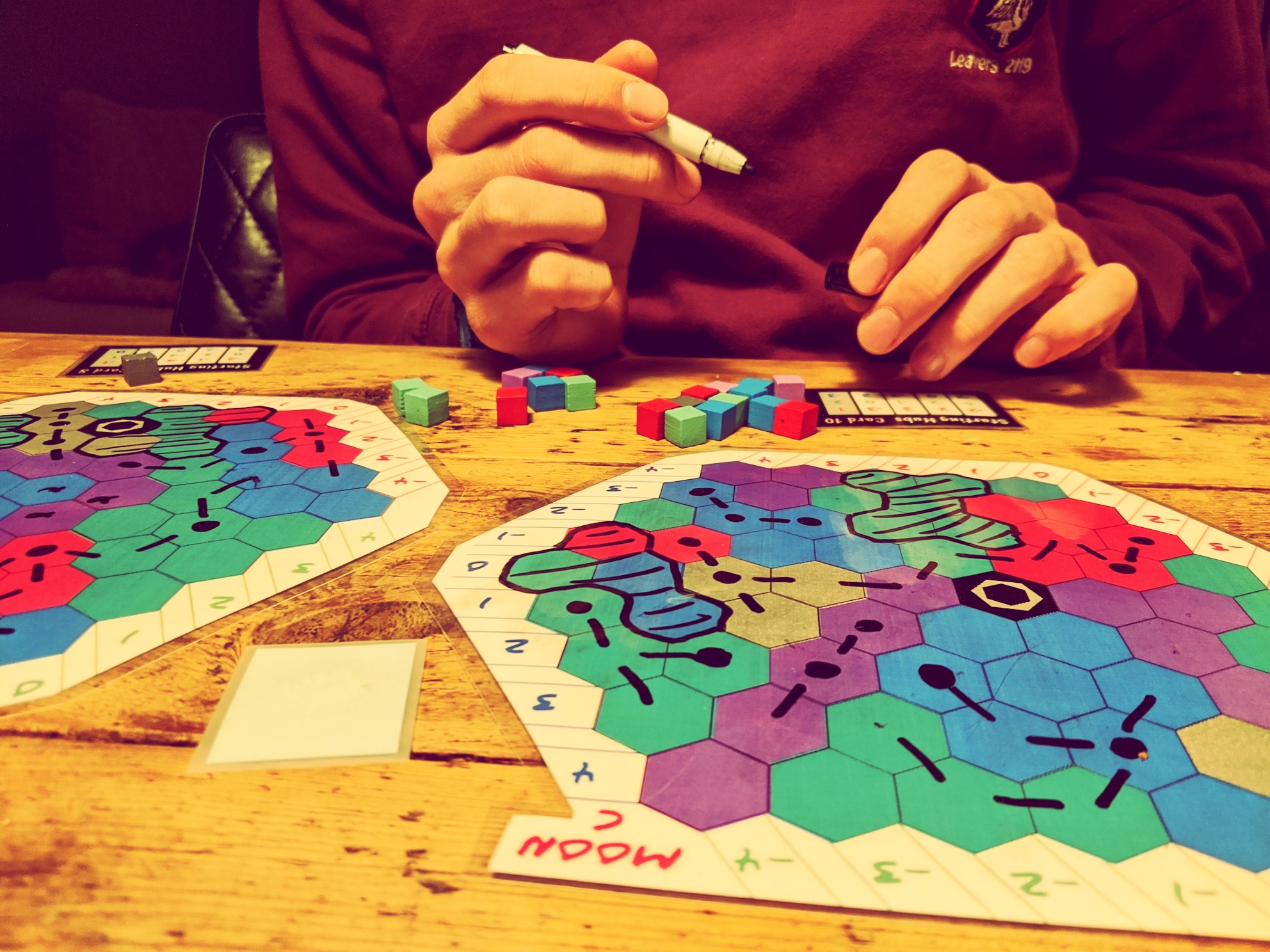 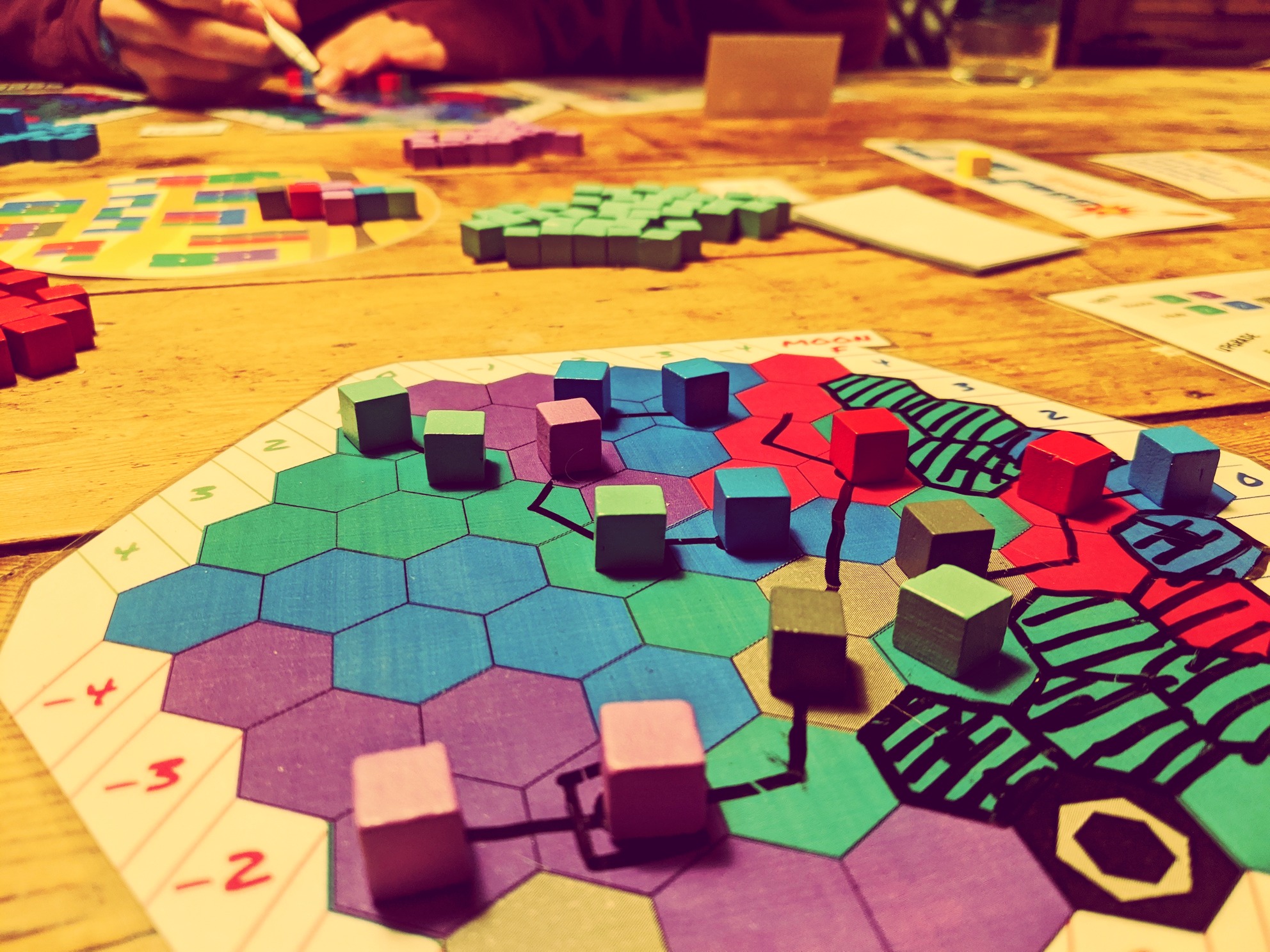