BuzzleBox 2: Doughnuts and Cake has made its way into the hands of some reviewers recently. This week, there are two new unboxing videos to share. Reviews will follow!

Nick Welford from Board, Deck and Dice: BuzzleBox 2 unboxing

There’s been a surge of interest in The Dark Imp coaster games. These beer mat style coasters have the game on one side and the rules on the other.

In the last week we’ve had orders from drinks subscription box companies, board game cafes and a company that makes party bags. Get in touch if you’re interested in buying in bulk.

Within the next month, there will be six coaster games, available in a travel set. We’ll keep you updated! 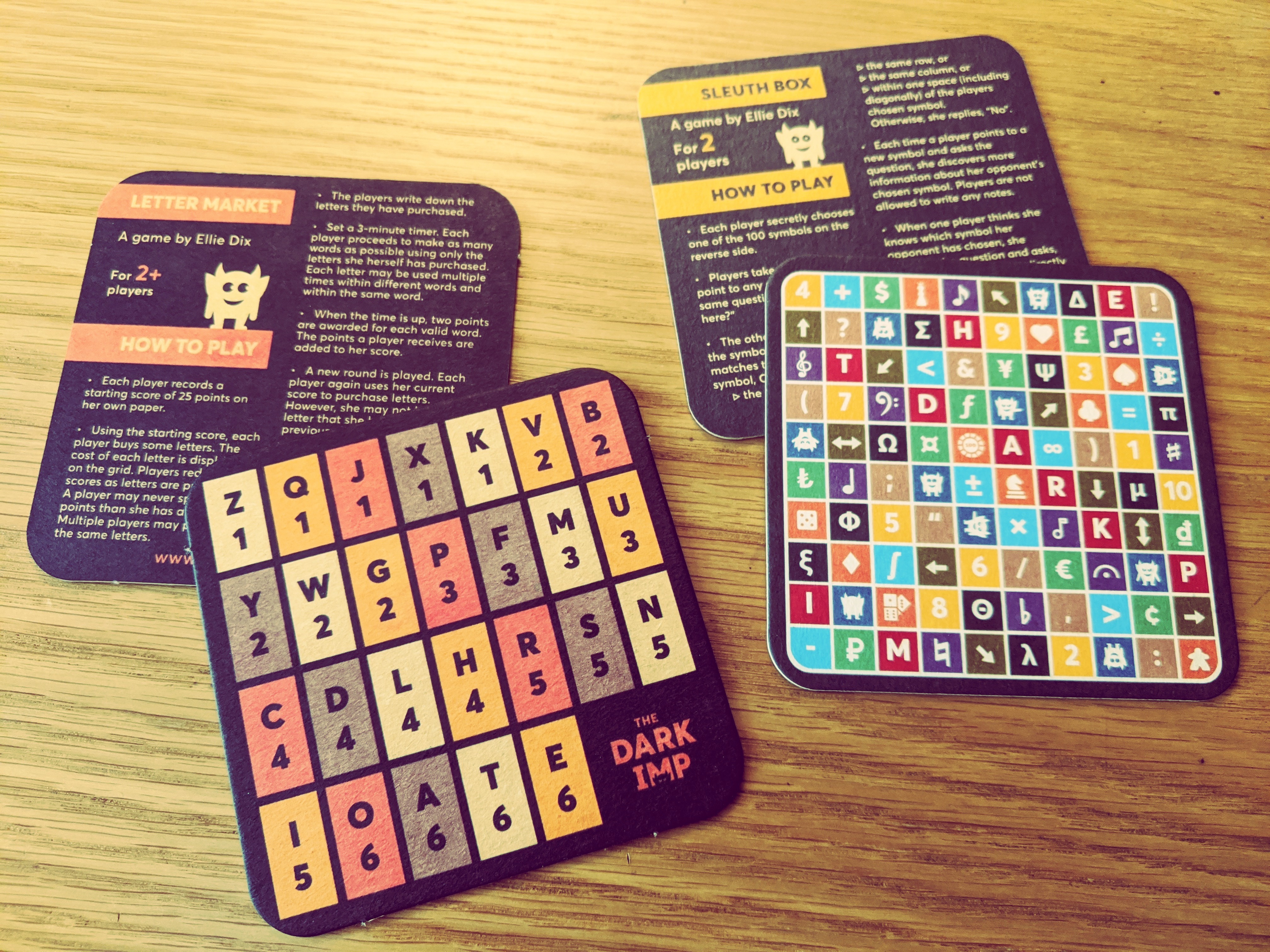 MiniTown, our new mini roll & write about building your own town, has had many playtests and lots of work this week (including one particularly enjoyable hammock-based design session!) Previously, there was a clear optimum way to ‘solve’ the game, which would make repeated plays very similar and prevent new players from being able to compete with experienced ones. But after an underwhelming playtest, the game has been totally overhauled.

Previously, roads were needed to connect all the buildings but didn’t score themselves. Now, only shops need to be clustered around roads and players score for their longest road.

Players can now also build parks, which increase the value of adjacent houses and also score themselves. Libraries score according to the houses near them and cafes only score if there are no other cafes on the same row or column. Lots to think about.

MiniTown is going to be available for FREE for people who join The Dark Imp mailing list! More info on this next week. 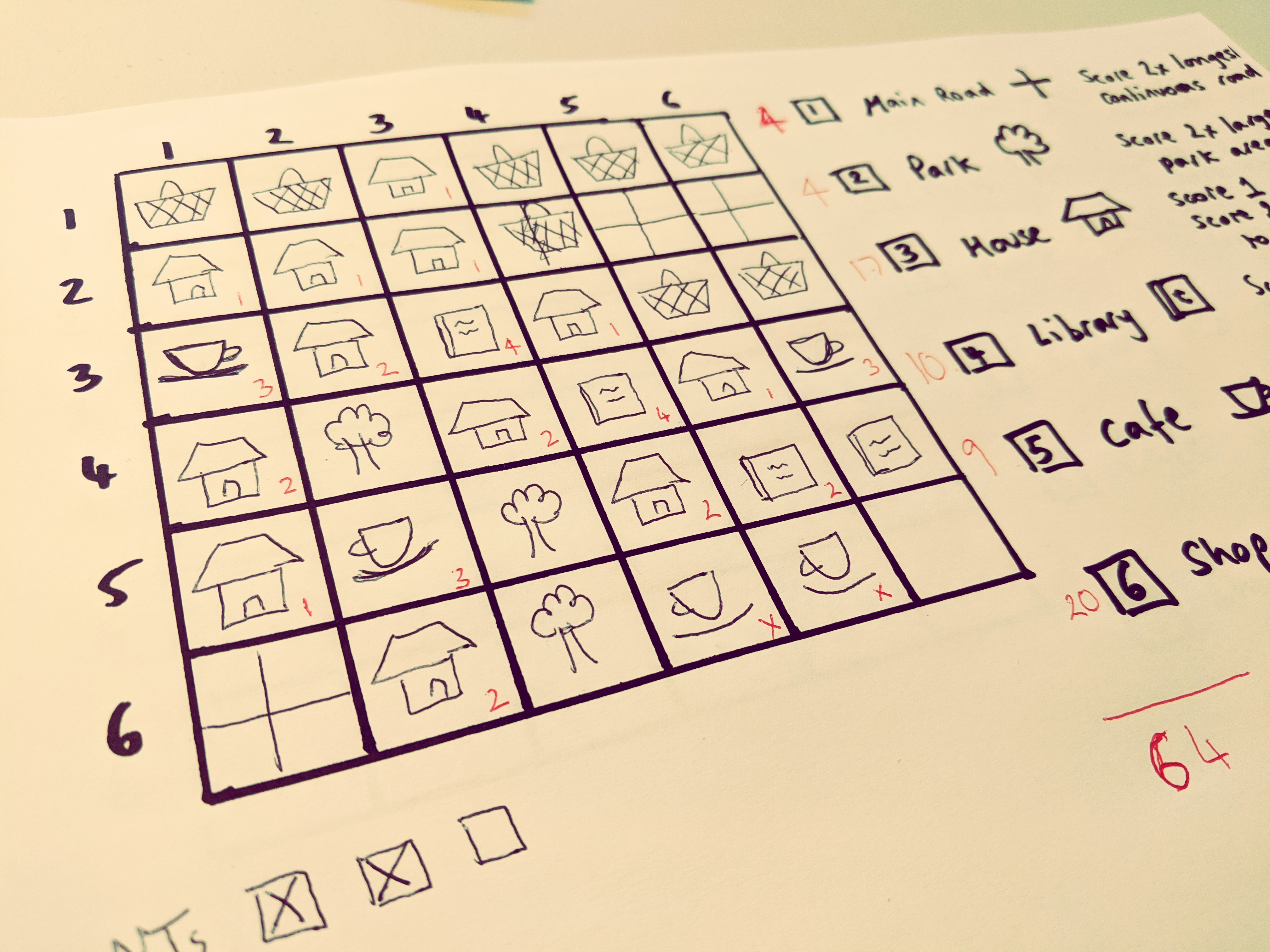 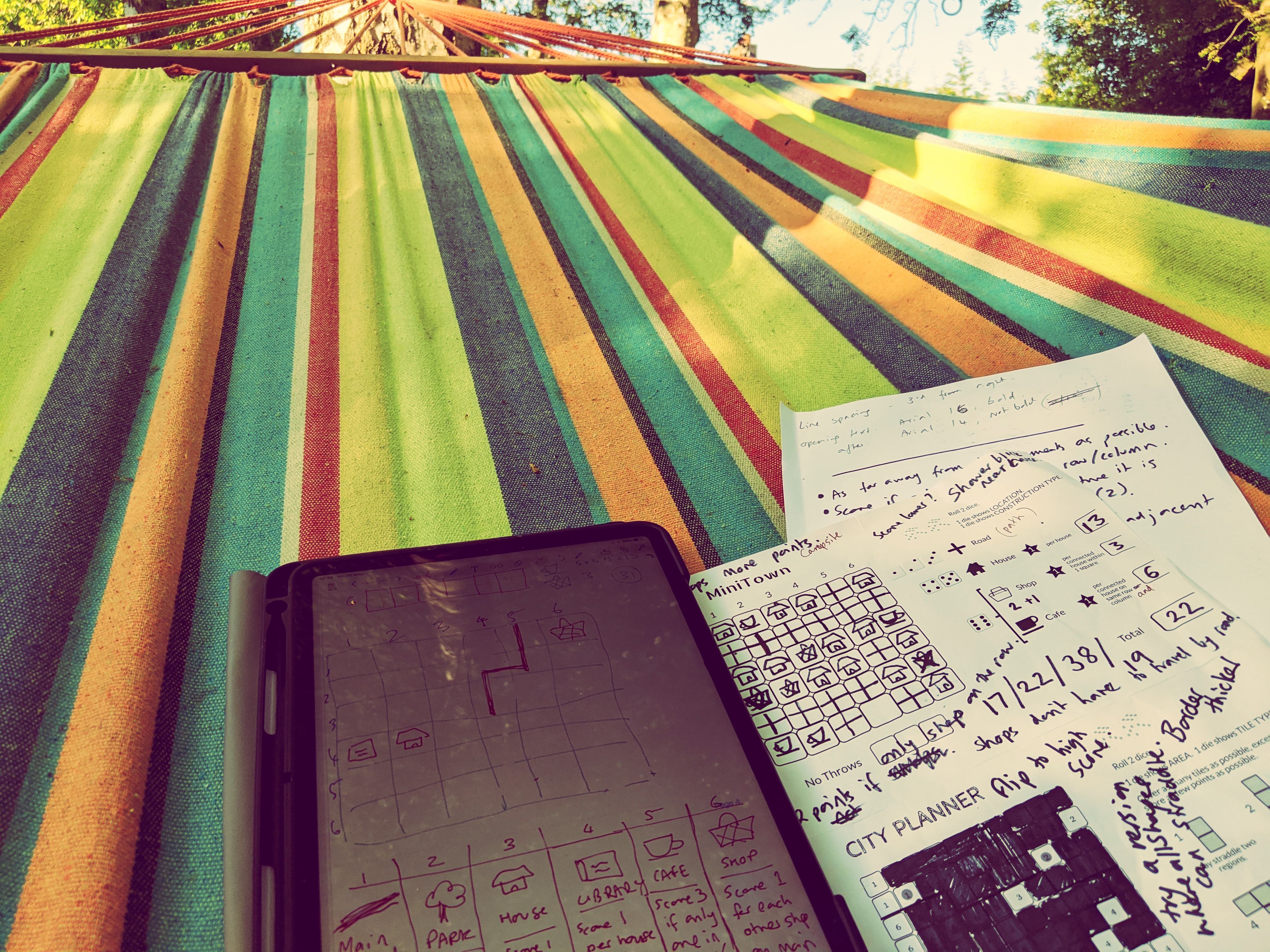 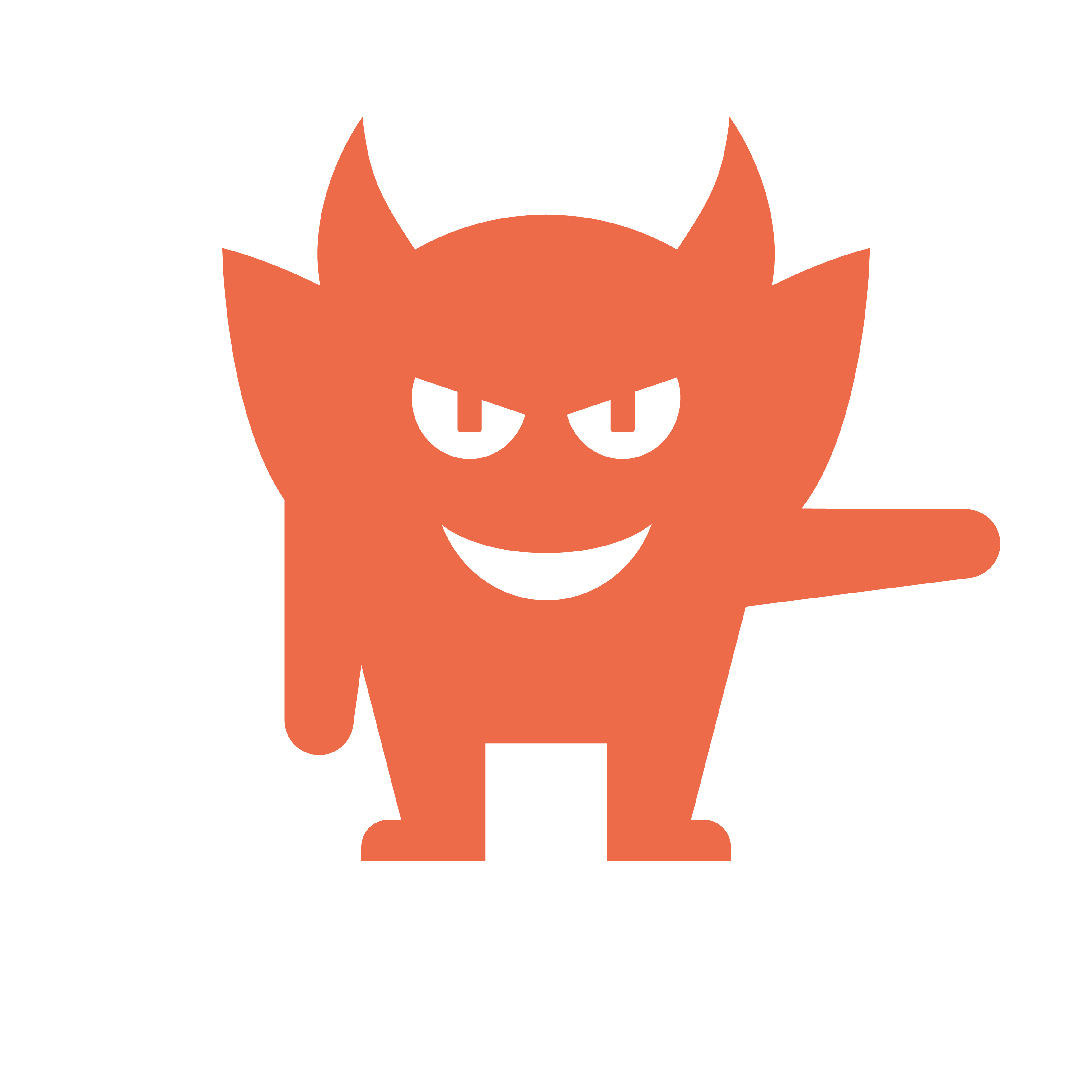 On Monday, we released a new video about 2 area control games. Featuring: Bosk and Smallworld.