How to play… Nine Men’s Morris

Nine Men’s Morris is an ancient Egyptian game that is still a lot of fun to play. It’s a two-player game played on a special grid. You can easily create your own board by drawing the grid on a piece of paper and using counters or components from other games. You need 18 counters – 9 in each of two colours.

As shown below, the grid consists of three concentric squares with pathways connecting them to each other and creating 24 points of intersection. 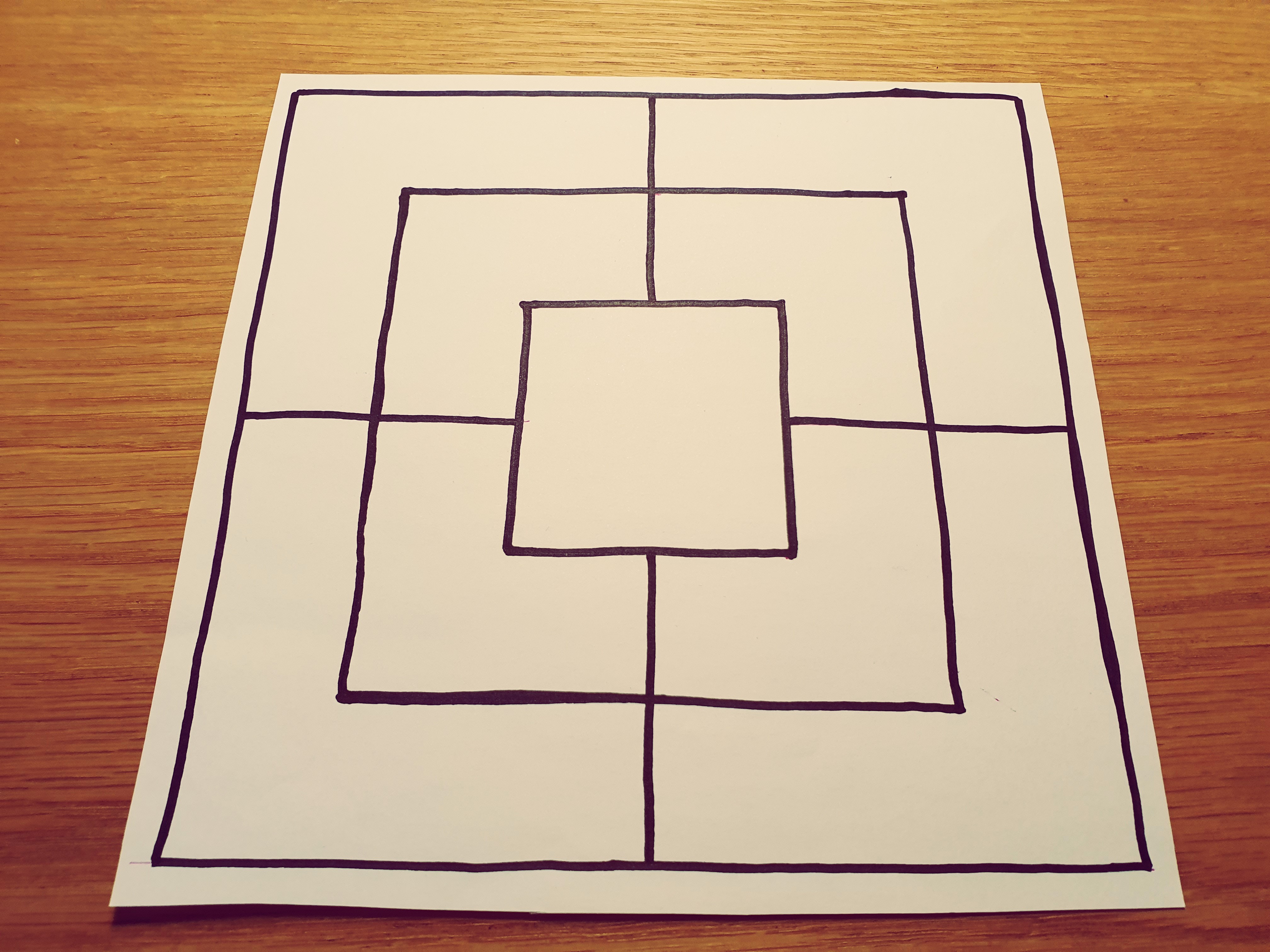 The board starts empty. Players take it in turns to place a man (a counter) on one of the intersections on the board. The aim is to create lines of three of your own men and prevent your opponent from doing the same.. When you have a line of three – this is called a ‘mill’. Your three men must be at adjacent intersections along a line to be a valid mill. Each time you create a mill, you may remove any one of your opponent’s men. But you may not remove a man that is part of a mill. If your opponent creates a mill, they can of course remove one of your men. When men are removed from the game, they may not be placed back on the board at any point.

When all the men have been put onto the board, players now move a piece on their turn. You may move any piece along one line to the next intersection. Again you are trying to create lines of three of your own men and trying to prevent your opponent from doing so and each time a mill is created you remove any one of your opponent’s men. You will be splitting up your lines of three to create new ones.

Once you are left with only three men – these become ‘rovers’. Rovers have special powers. They are not restricted to moving along one line to the next intersection. Instead they can move to any empty intersection on the board.

The game ends when one player has just two men. They are the loser.

We specialise in creating original family games. You’ll find our Online Shop packed with options! Try Sleuth Box, one of our Coaster Games. Sleuth Box is a deduction game for two players. 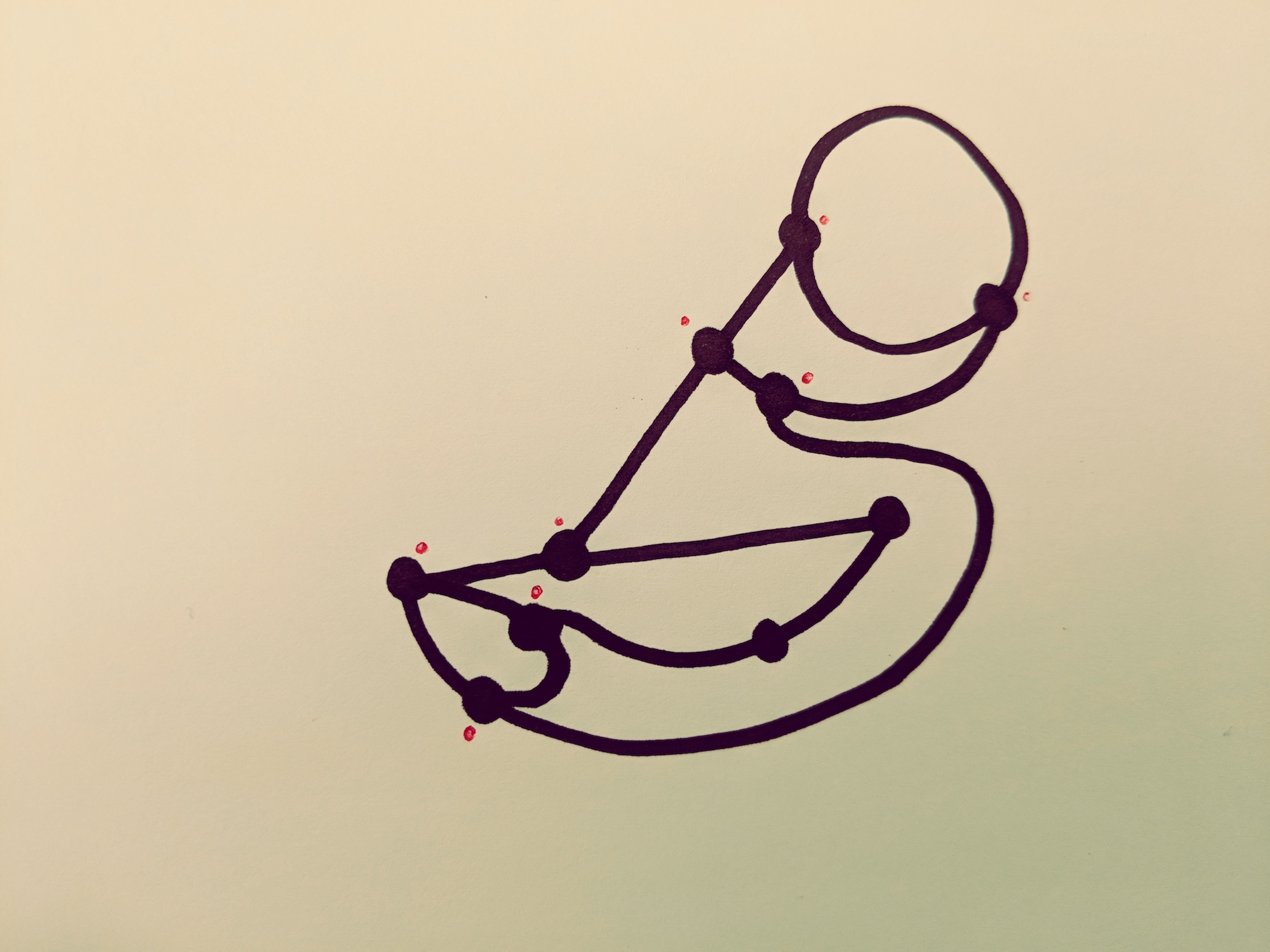 In The Dark Imp Blog you’ll find all sorts of games you can play at home with pen & paper or regular playing cards. If you’re looking for other great two-player games, try Sprouts. It’s a lovely puzzle that you’ll want to play again and again.

How to play Sprouts
More Games to Play