How to play Midshipman 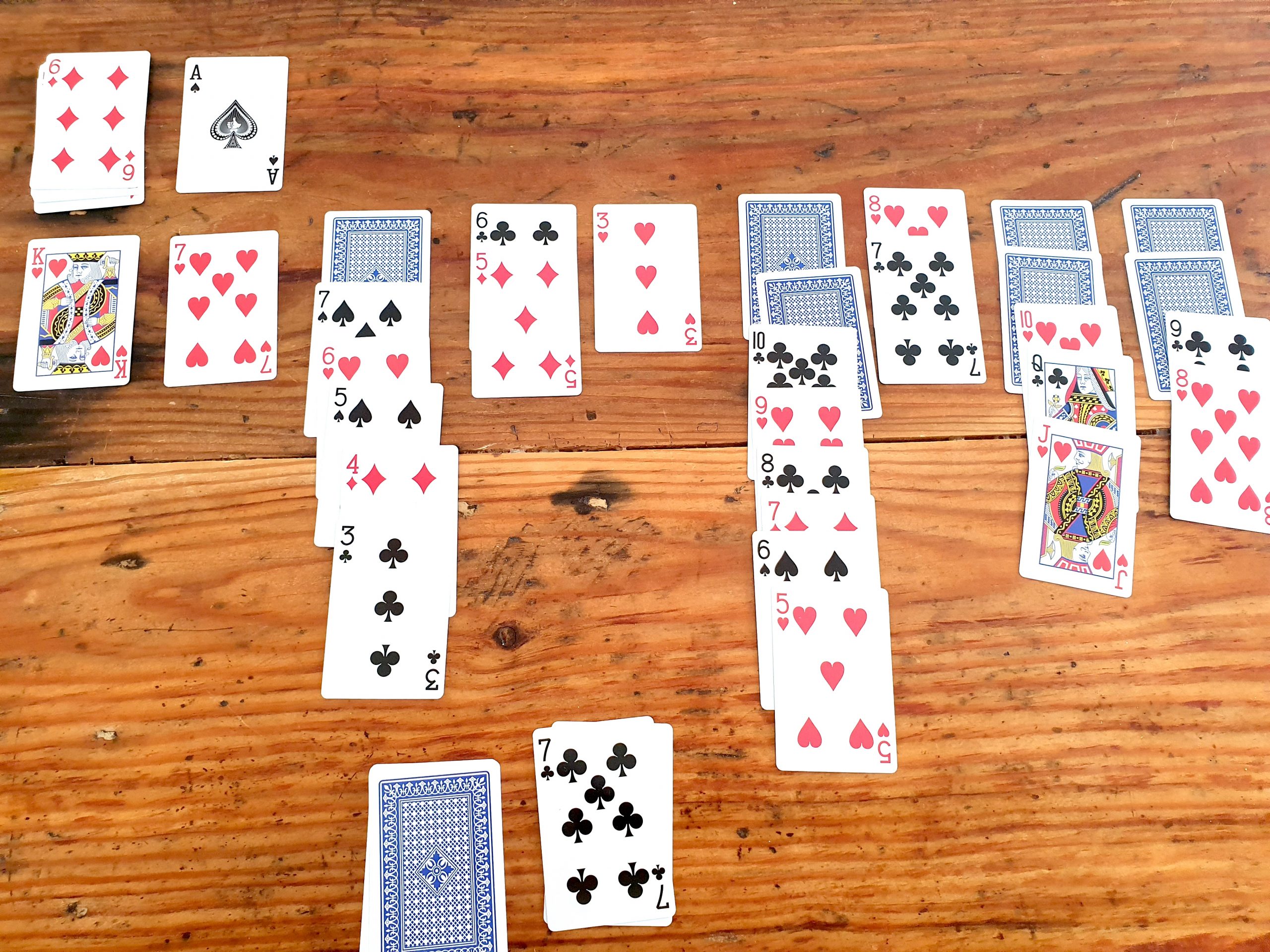 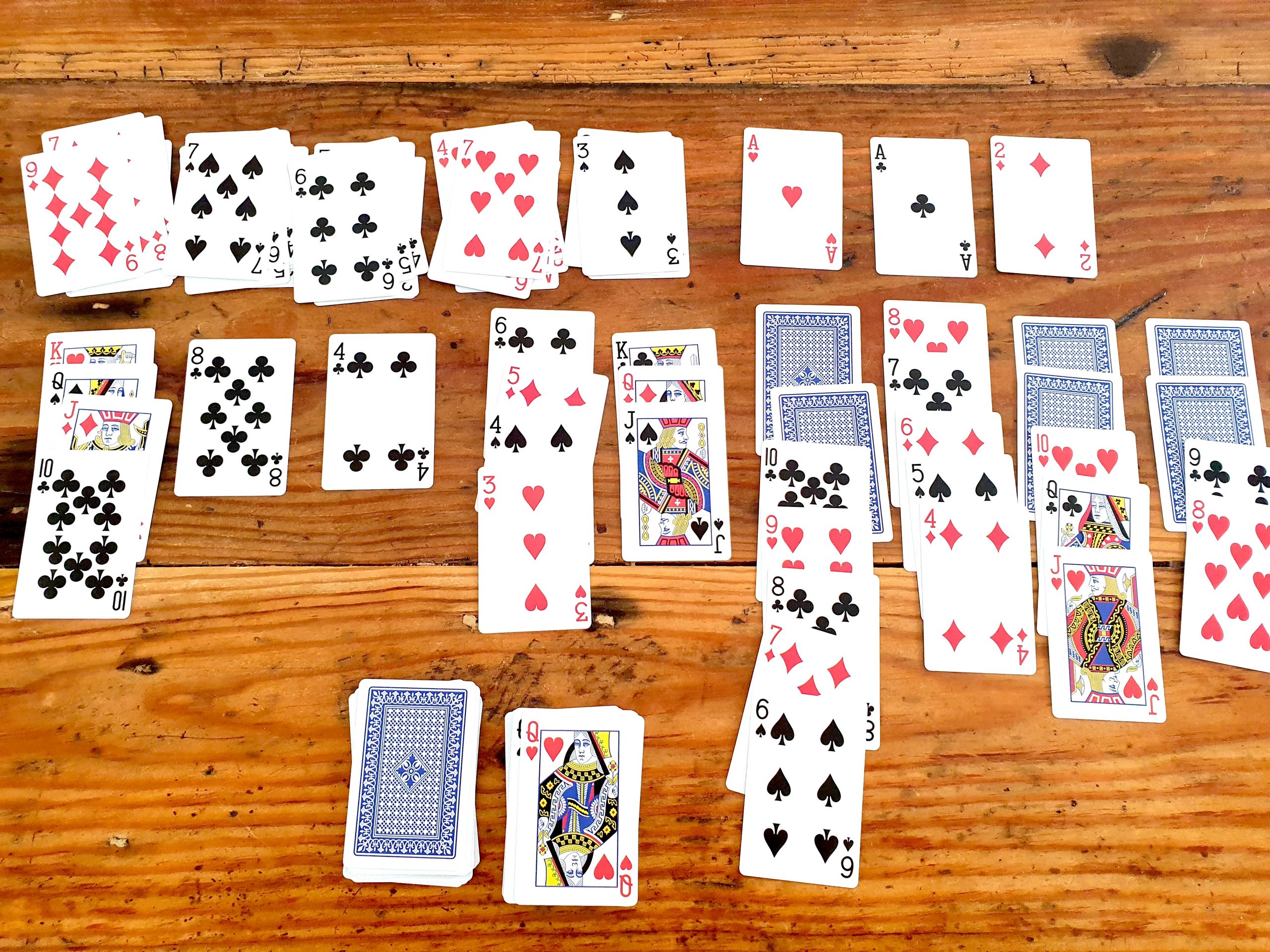 Midshipman is a patience game – a card game for one person. It’s quite puzzly, particularly if you play with the variation (see final thoughts), but simple enough to teach even quite a young child. I really enjoy this one, but it’s hard to get out!

How to play Midshipman

The rest of the cards become the ‘draw deck’.

The aim of the game is to build up on foundation piles from Ace up to King in every suit, twice.

To create your foundation piles, which will go above your tableau, you’ll first need to find some aces.

The card at the bottom of each column is free to move. Cards can either be placed:

If no tableau cards can move or if you choose not to move them, you can flip over one of the cards in the draw deck. But beware… you can only go through the draw deck once in the whole game. Cards from the draw deck that you can’t place in the tableau or on a foundation pile are discarded face up into the discard pile. The top card of the discard pile is always available to play.

If you uncover a face-down card in a tableau column, you may now flip it over to reveal the card.

If you move all the cards out of a tableau column you now have a ‘space’. You may move any card into a space.

Important: You may only move one card at a time.

The game ends when either:

This is a classic patience game that you could easily spend hours playing over and over. Because it’s quite hard to get out, you can give yourself a score according to how many cards you’ve placed in foundation piles. There’s always a temptation to try just once more to see if you can do any better.

Variation – Try with all cards in columns face up. This gives you more information and can help forward planning, but may also be information overload! Or try with just the last card in each column face up…

Video: How to Play Midshipman 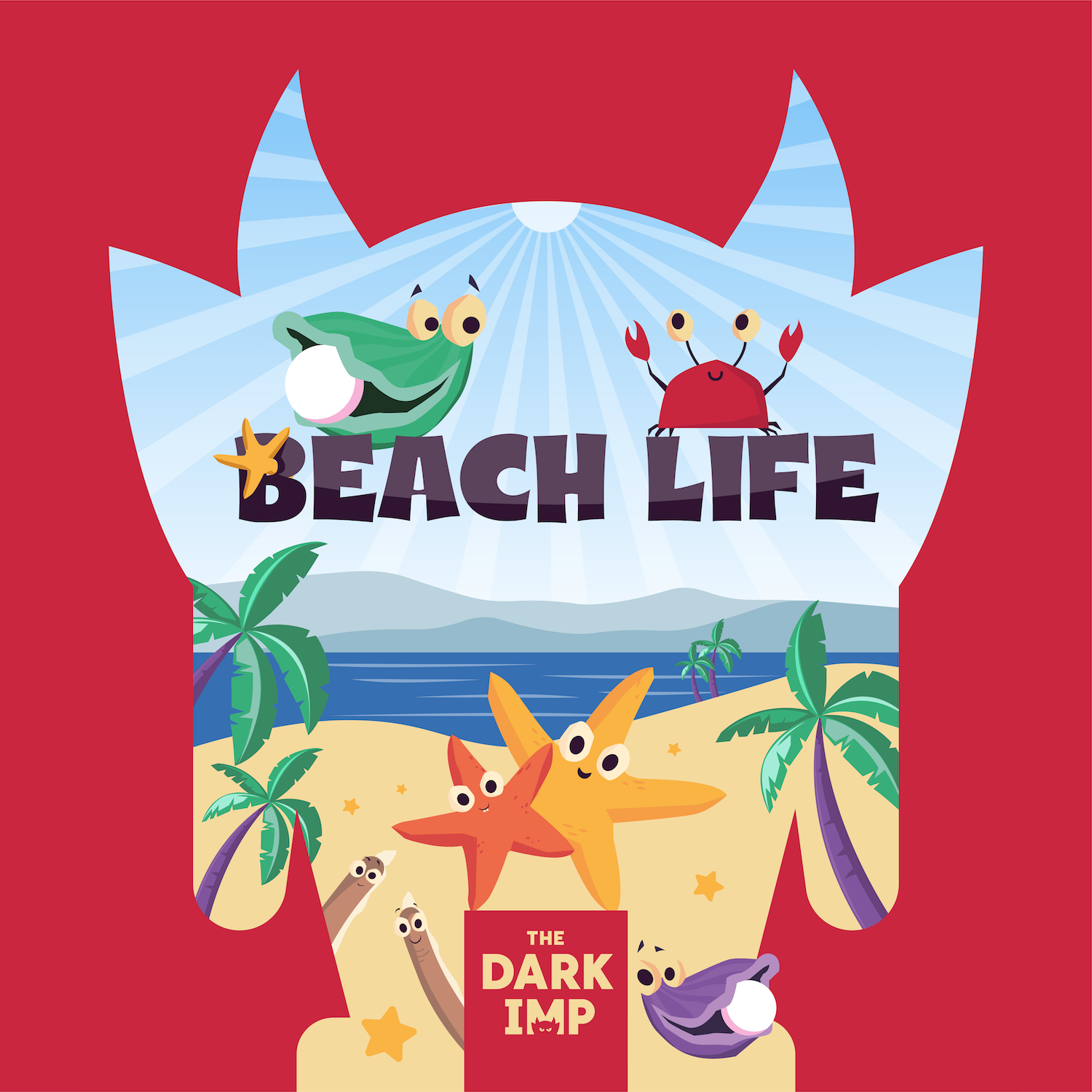 We specialise in creating original family games. You’ll find our Online Shop packed with options! If you love bidding games, try Beach Life – a ‘roll & write’ game for any number of players (including solo play). It’s available as a downloadable ‘print & play’ game or as an A3 placemat game. 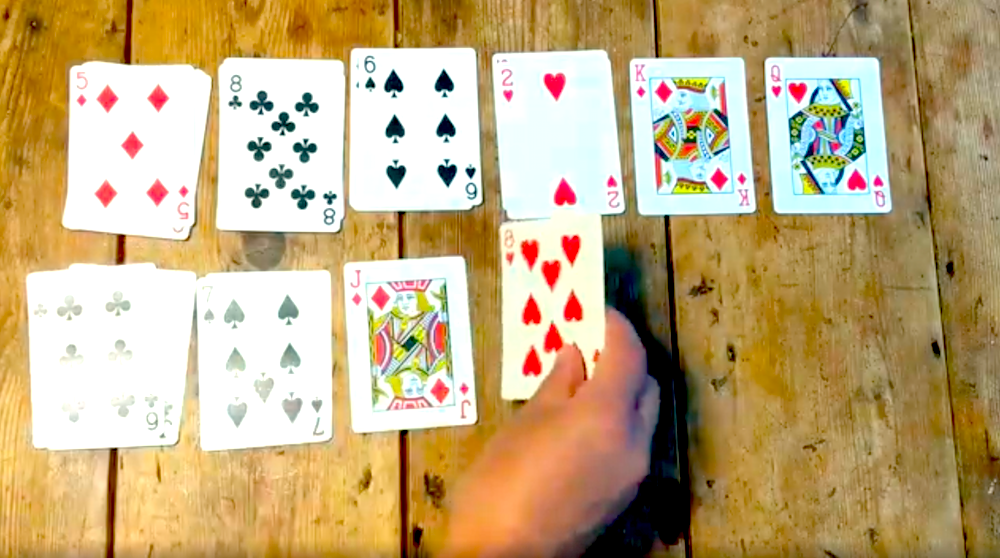 In The Dark Imp Blog you’ll find all sorts of games you can play at home with regular playing cards or just with pen & paper. If you enjoy solitaire games try ‘Next Door or Over Two’ – which has a luck-based and perfect-information variants.