Haggle: A great game for lots of people

Haggle is a great game for big groups. It was created by Sid Sackson in 1963. The original version is available to download from Board Game Geek – here. (On the same page you can also find and download a couple of versions created by other people.)  The idea is simple…

Players compete to collect the most “valuable” hand of cards. Each player is given a random set of cards of different colours and one rule. While each player only has one rule, there are many others in play. During the course of the game, players exchange information and/or cards with other players. They are free to negotiate trades of any sort. Haggling is a must. Players may trade colours for colours, rules for rules, colours for rules, a peek of a rule for a colour, etc. Even just a verbal description of a rule may be traded for an actual card! When the time is up, players hand in the cards they’ve collected. Each set of cards is then scored, using all of the rules: ignorance of a rule is no excuse!  Haggle can be played over 30 minutes or a whole weekend. It can be played with any number of people, though it is best with groups of 10 or more.

I’ve created a version of Haggle for The Dark Imp with more rules and more colours. We recently tested this out on a big family holiday (and then also played it at the launch of The Board Game Family. We had a full house of 25 of my board game family. We played Haggle over an al fresco dinner. There was underhand behaviour, sneaky trades, magnificent haggling, shameless bluffing, pointed accusations and downright deception. There was also a brilliant atmosphere and loads of laughter. Scores ranged from -28 to 125. Well done Rosie, who convinced everyone she had nothing while performing a stunning high-value combo.

In my 8 games post, I recommend Haggle as a great game to play at a reunion. Do have a look at the other 7 games I recommend for different situations. 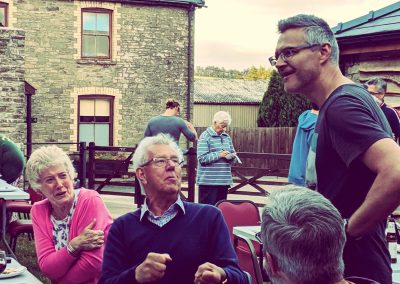 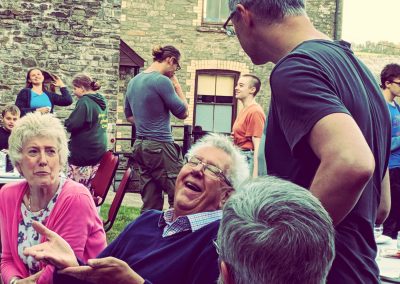 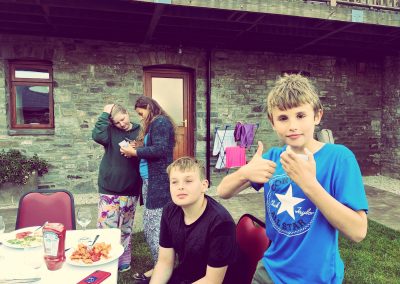 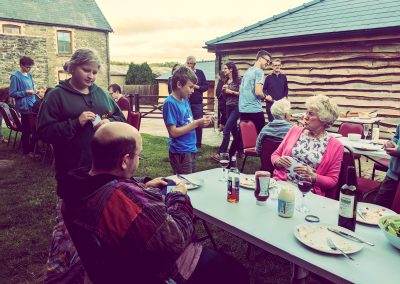 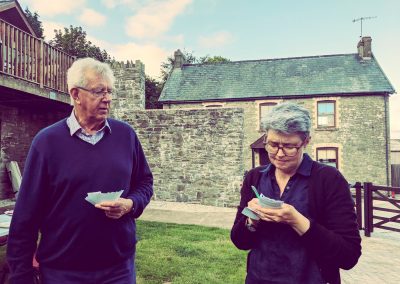 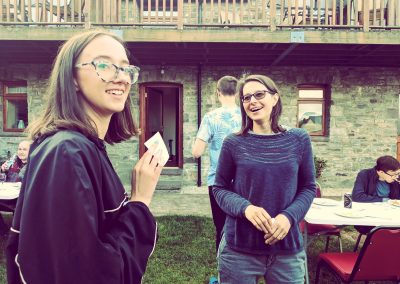 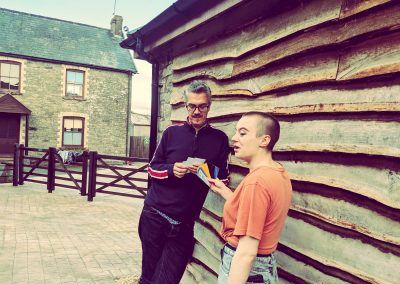