The Board Game Family book has had some great comments this week from top industry expert, Suzanne Sheldon. Suzanne is one of the presenters on The Dice Tower podcast and reviews hundreds of games each year. When I saw her at the Spiel convention in Essen last year, I told her about my book and she asked to be sent a copy. This week, she’s been tweeting about it.

In a follow up tweet, she expanded, “I REALLY liked it. The good loser/winner section really spoke to me (as that’s a struggle I have with the 7yo right now.) And I was impressed with the games listings. If I was new to the hobby, a resource like that would be hugely valuable in navigating what’s available.” 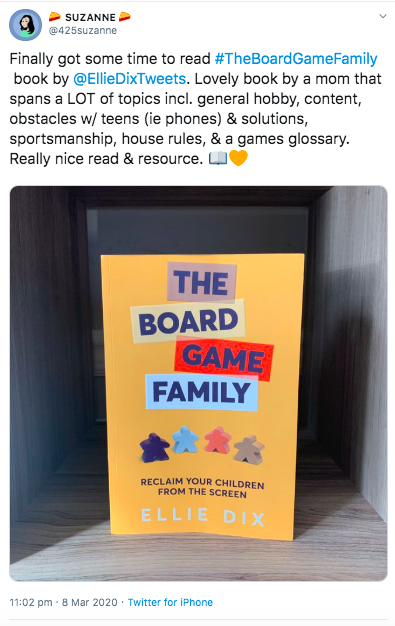 The Dark Imp production schedule means that we have lots of different games at different stages of design, development and production. Many games are still in the design phase, others are waiting for further development, while some are getting ready for production. The co-operative network building game, Uranus!, has been with our artist, Anastasia Cartovenco, for the last 5-6 weeks. Anastasia is bringing the game to life by creating the box artwork and the artistic elements for all the cards and boards. In Uranus! each player controls an alien race. Here’s a sneak peak at a couple of the aliens… 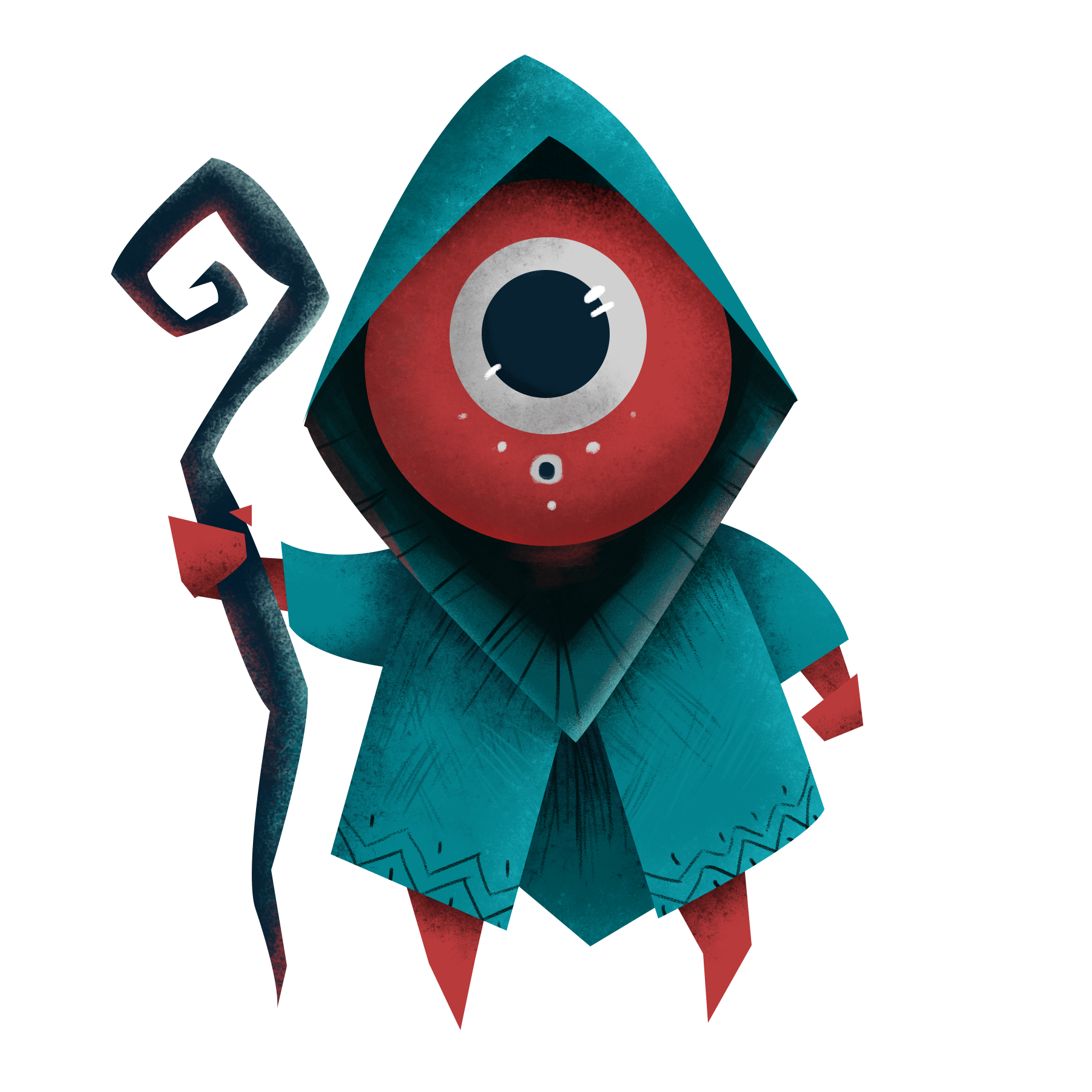 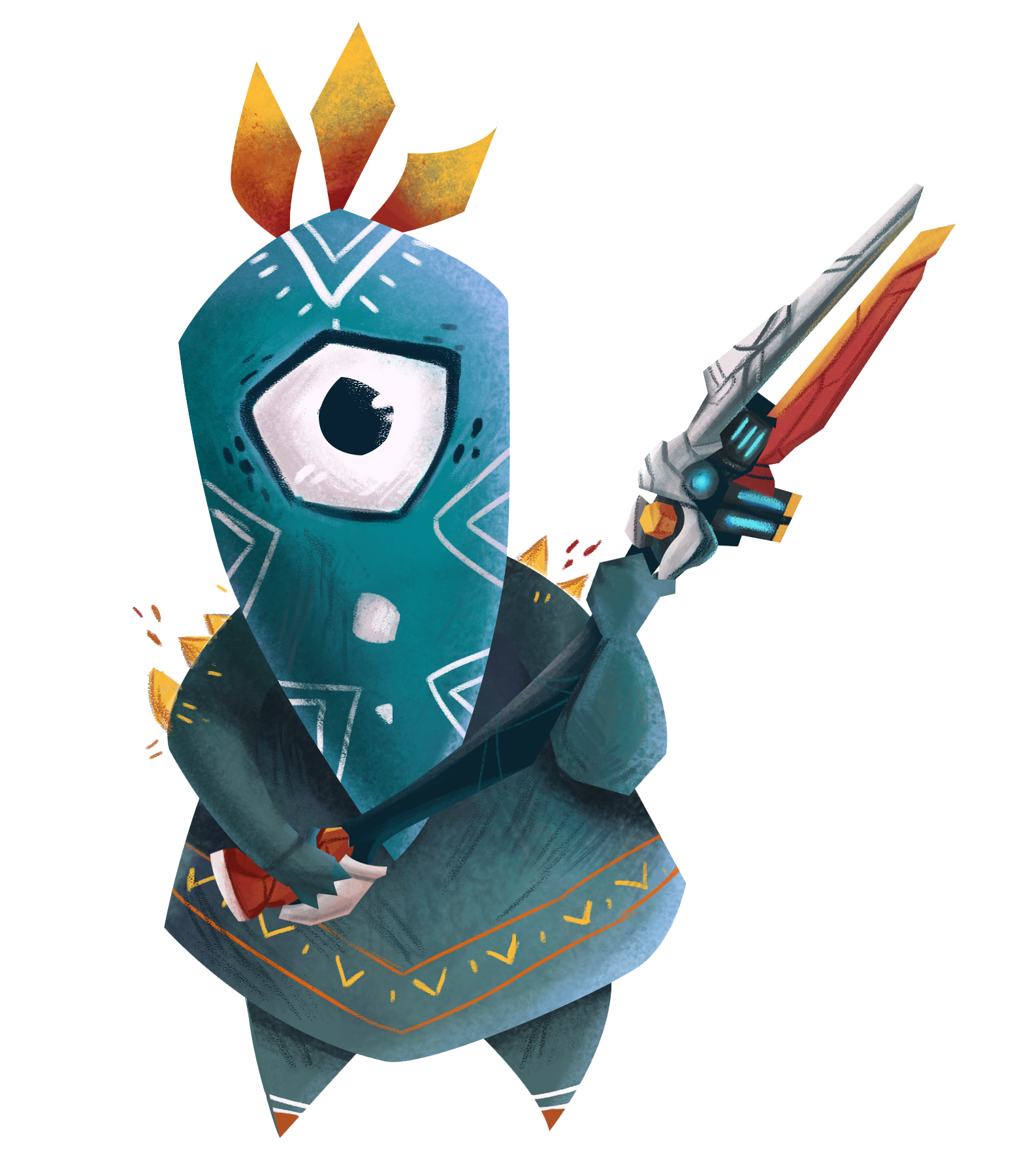 Dark Imp t-shirts and hoodies are now available to pre-order on our website. Our mens and womens t-shirts have slightly different designs and both come in two different colour combinations. Why wouldn’t you want to have one of our imps emblazoned across your back or chest?

No products were found matching your selection. 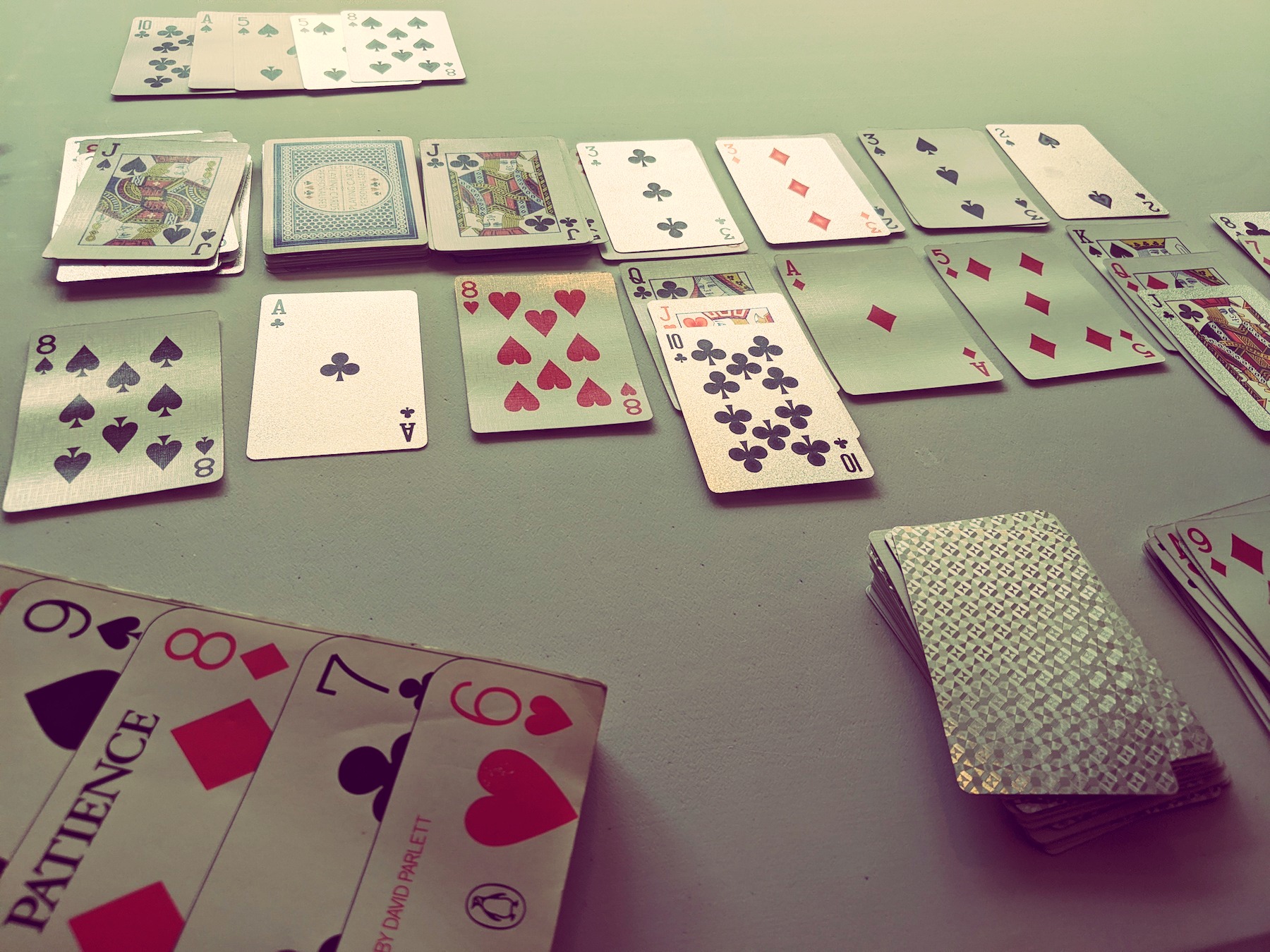 As well as all of the original games and puzzles, every BuzzleBox includes 3 “game cards”. Each game card has the rules for a different game that you can play with playing cards, dominoes, dice or pen and paper. We choose lesser-known games, which are already in the public domain. Games we feel deserve to be played more often.  This week, I’ve been researching and testing games which may go in future BuzzleBoxes. I’m always amazed just how many different card games there are. Enough to keep us all entertained in isolation for many months, which could be very useful!

The picture shows Falling Star, a variant on the patience game, Terrace.

Suits You, my new trick-taking game with cards that rotate to become a different number, has had some further development and playtesting this week. Each card has two numbers on it, one on a coloured background in the top left, and the other on a black background in the bottom right. In round 1, all cards are played for the numbers on the coloured backgrounds. Player who played the highest card wins the trick, but the player who played the lowest card leads the next trick. The cards you win in tricks form your hand for the next phase.

But in the next phase, you rotate all the cards and play with the numbers on the black backgrounds. A high 15 on a coloured background will have a low 1 on the black background. For phase 2, players discard down to the number of cards that the player with the least amount of cards holds. Cards won in tricks during this second phase will form a player’s scoring cards. But cards will flip again and will score according to the number on the coloured background. What is more, not all cards score, only the top two in each of the four suits.

Initial playtests show that there are several valid strategies and that it is a bit of a brain-burning game. Suits You plays quickly, so you can accumulate points over multiple games for a longer session. The game will have a mens fashion theme – each card having a ‘look’ in one of four categories – casual, formal, sports and workwear. Each look’s score will relate to how appropriate it is for summer and, on the other side, winter. At the end of the game, each player will choose the looks that make up their summer collections. Suits you, Sir. 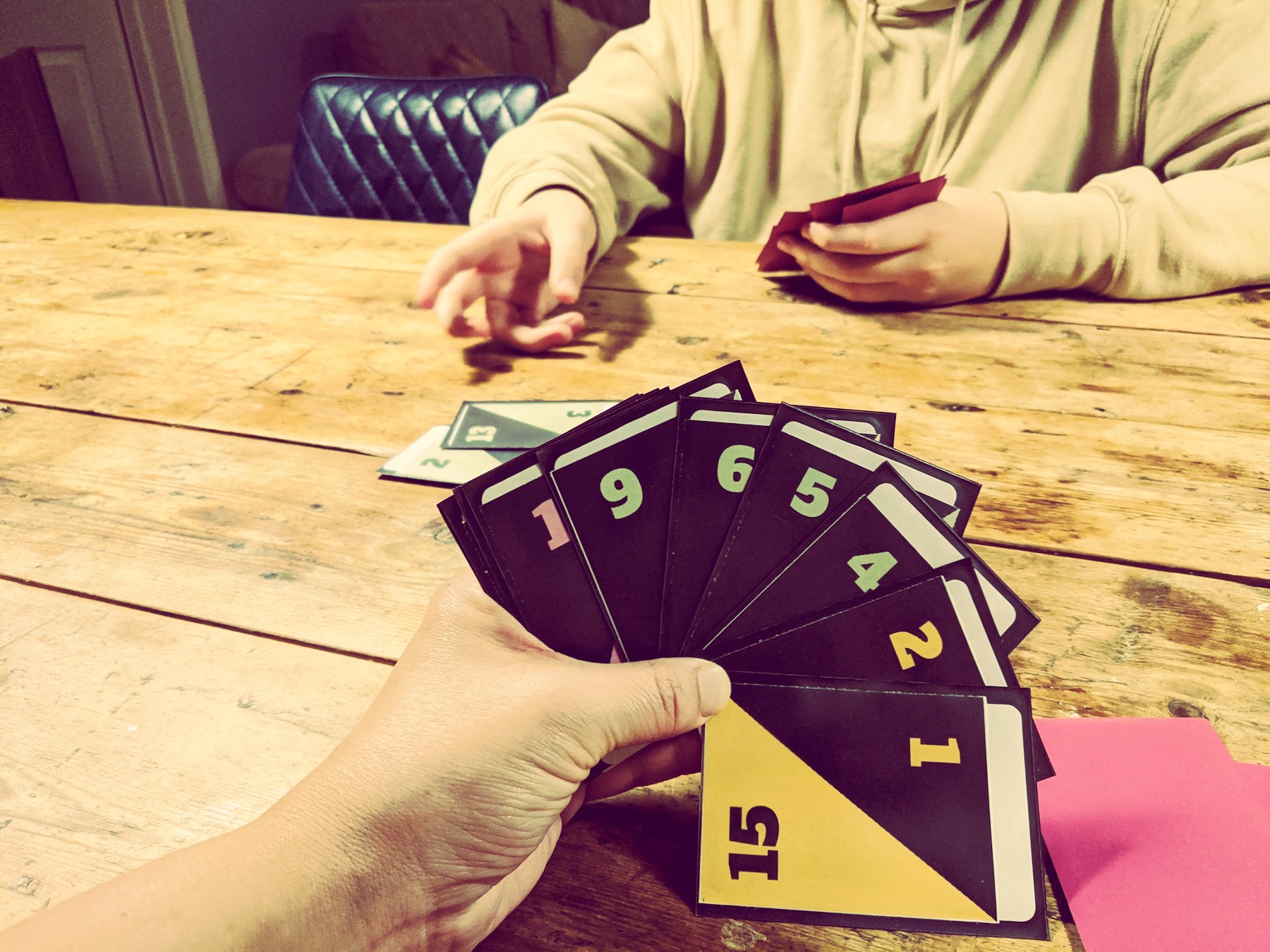 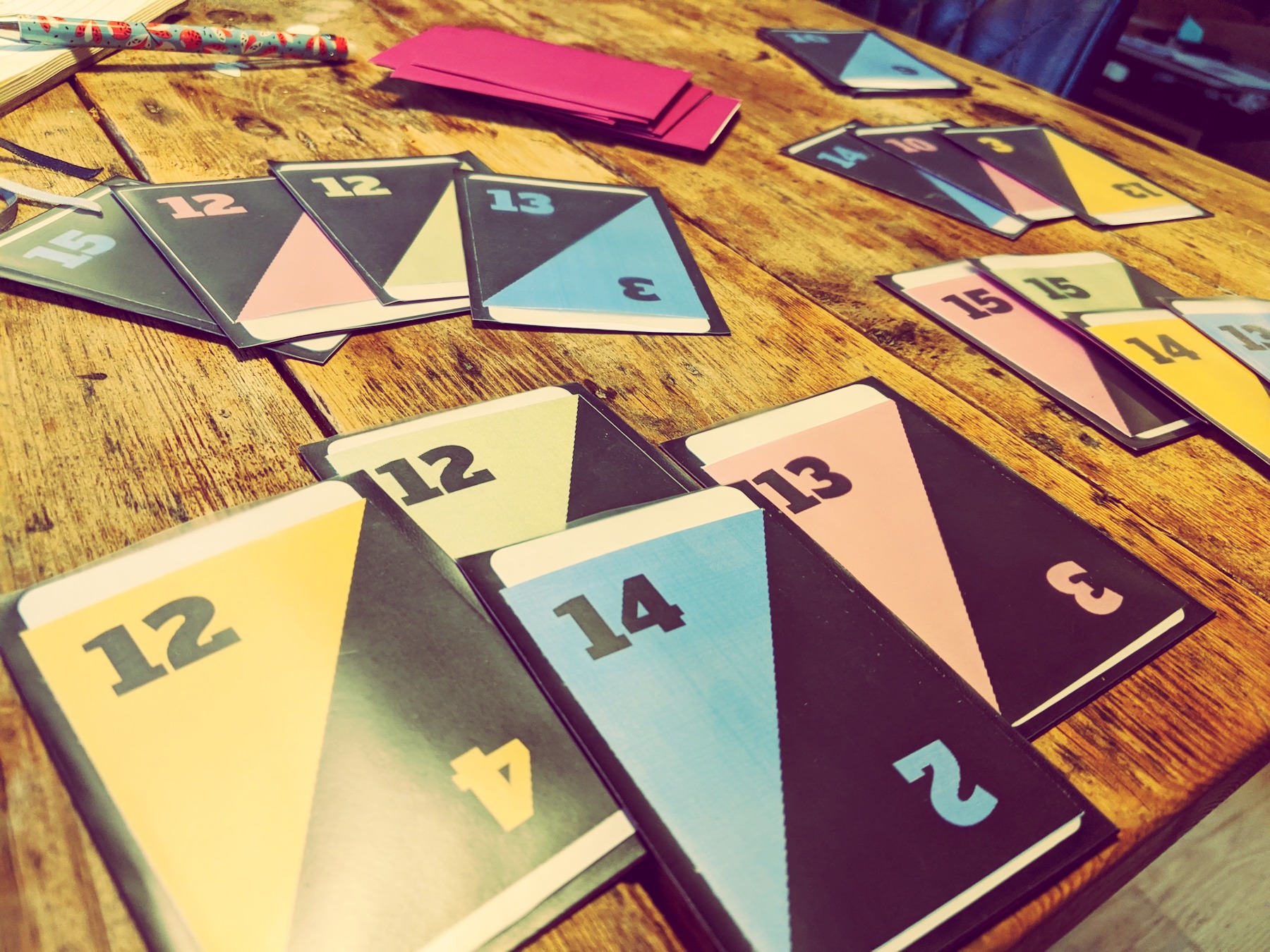